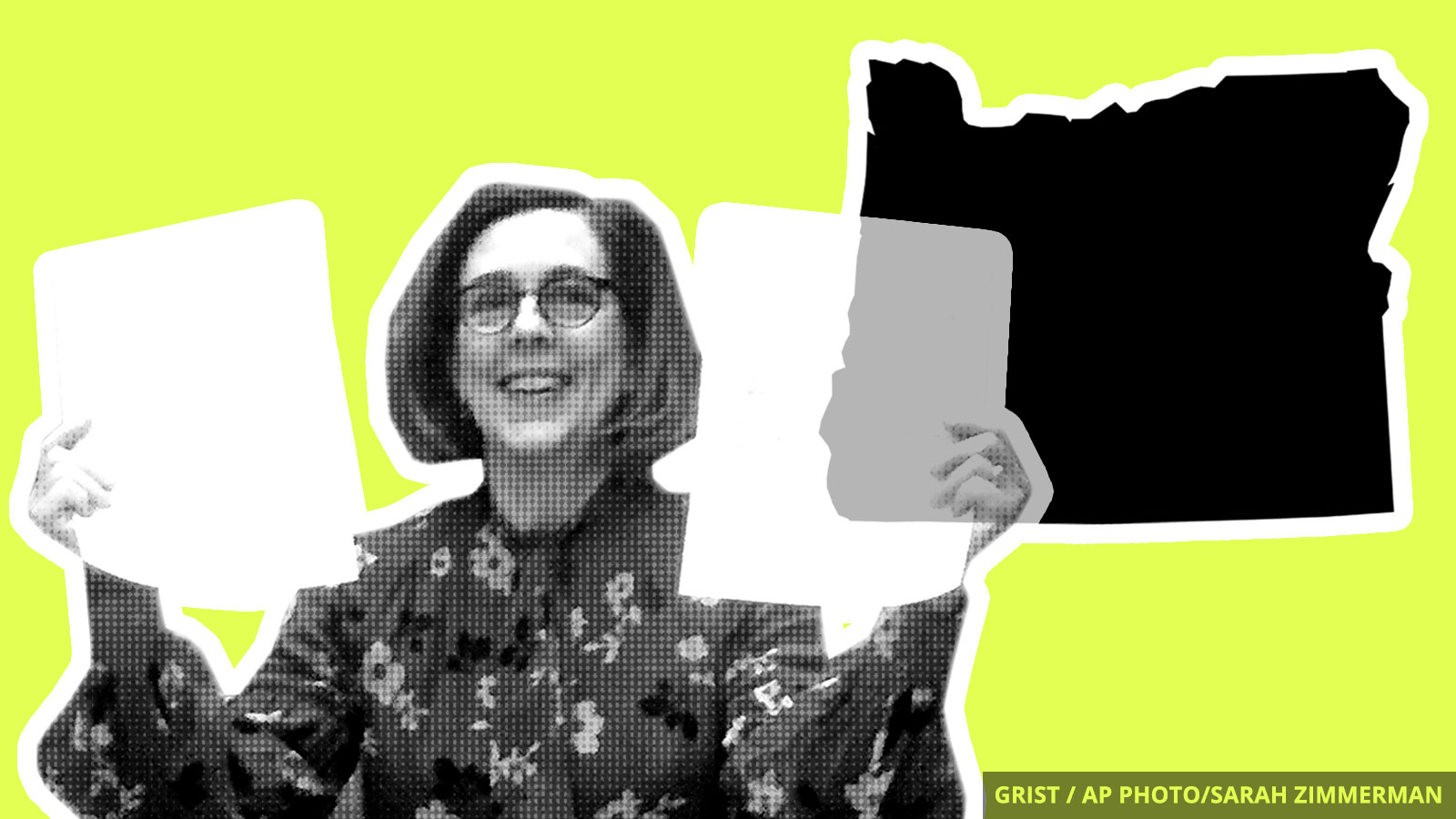 Remember last June, when all of Oregon’s Senate Republicans fled and went into hiding to prevent voting on a cap-and-trade bill? What about last month, when they ran away again to block the passage of a new version of the same bill?

Well, Kate Brown, the governor of Oregon, has finally had enough. With a swipe of her pen, the governor enacted an executive order on Tuesday to reduce the state’s greenhouse gas emissions to 80 percent below preindustrial levels by 2050. The governor’s plan depends on Oregon’s Department of Environmental Quality to use its regulatory powers to limit emissions from transportation fuels, natural gas, and industrial refineries.

Brown doesn’t have the legal authority to implement a cap-and-trade system via executive order, but she vowed to make sure that each Oregon state agency will prioritize cutting emissions in the sector that it regulates. Still, a legal challenge from Republicans is expected.

“As a state, we will pursue every option available under existing law to combat the effects of climate change and put Oregon on a path we can be proud to leave behind for our children,” Brown said in a statement.

A new analysis found that the polar ice caps in Greenland and Antarctica are melting six times faster than they were in the 1990s. The loss of ice is in line with the IPCC’s worst-case warming scenario, where roughly 400 million people globally would experience coastal flooding every year.

All over the world, bears are emerging from hibernation early after an uncharacteristically warm winter. The problem is that despite the warm weather, the plants that bears eat have yet to grow, so experts are concerned that these hungry early risers might clash with human populations as they search for food.

Indiana is shoring up its coal industry. On Tuesday, state legislators sent a controversial bill to the governor’s desk that would require utilities to get permission from the state before closing coal-fired power plants, which could keep unprofitable, polluting plants open longer. In addition, the state’s environmental regulators have approved construction for a new coal-to-diesel plant that is expected to dramatically raise the risk of cancer for the Southern Indiana communities exposed to its pollution.