It’s Tuesday, May 22, and it turns out that retiring fossil fuels helps babies. 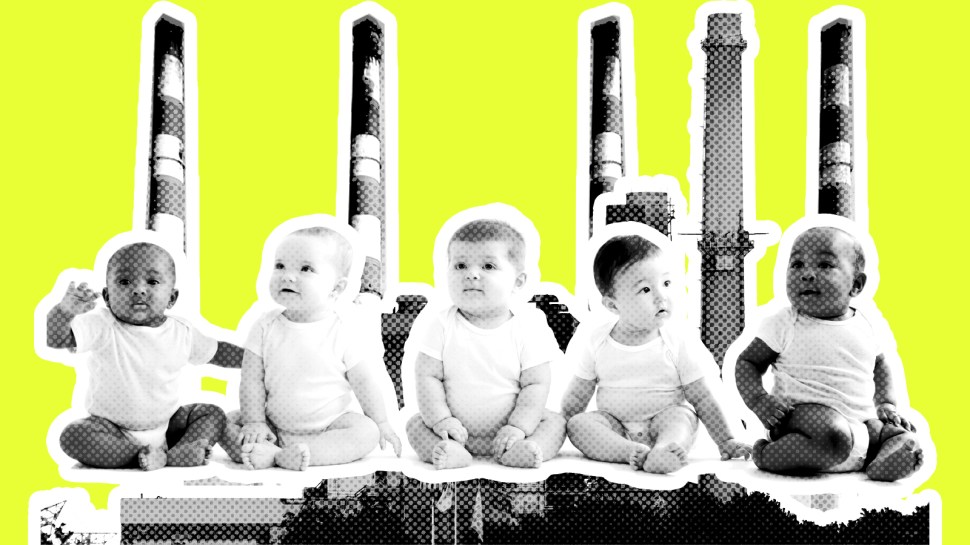 We already know air pollution harms children. But two new studies show how big a boon it is to newborn health when moms aren’t regularly exposed to fossil fuel-fired plants.

Researchers from the University of California, Berkeley, looked at fertility rates and preterm births between 2001 and 2011 near eight shuttering oil- and coal-fired plants. Closing the plants significantly lowered rates of premature births almost immediately. It also positively affected fertility rates in nearby communities.

By analyzing more than 57,000 birth records, the first study found that rates of infants born before 37 weeks decreased from 7 percent to 5.1 percent. That means nearly a quarter fewer premature babies. Being born early can have long-term effects on overall health. There’s a direct correlation between premature birth and things like poor development, behavioral problems, and neurological disorders.

Rates among African American and Asian mothers fell even further, from 14.4 percent to 11.3 percent. That’s a big deal. Separate studies have found that black women have higher rates of preterm birth.

This is no doubt something the state of California will take into account in future decisions to retire power plants.

The second Berkeley study found an additional eight births per 1,000 women in areas near power plants that closed. In other words, researchers found a link between fossil fuel retirement and fertility.

Pollution — out of the mouths of babes!

Speaking of babies: Scott Pruitt, the leader of the exclusive clique known as the EPA, has uninvited The Associated Press, CNN, and E&E from a national summit on harmful water contaminants. And when I say “uninvited,” I mean forcibly removed from the EPA building. An EPA spokesperson told the news outlets they were barred from attending, as there was no space for them. An AP reporter was denied entry, and after asking to speak to an EPA public-affairs person, a security guard “grabbed the reporter by the shoulders and shoved her forcibly out of the EPA building.” 2018!

You know what else is very 2018? Don Blankenship, the former coal baron and federal prisoner, continuing his run for political power. Despite losing the race for U.S. Senate in West Virginia earlier this month, Don now plans to run as a third-party candidate representing the Constitution Party. The move likely worries Republicans who are trying to flip the Democratic Senate seat.

While they deal with that, the rest of us are facing a big, scary truth: As Earth warms, hurricanes will start to look different, according to a new study. The hurricanes of the future will look a lot more like Hurricane Harvey — very slow and very, very rainy. Harvey dumped 30 trillion gallons of rain, an amount the researchers say future storms could easily exceed. And we could get a glimpse of that as early as this summer. Hurricane season is getting closer and closer.

The end is near!

Our Spring Appeal is wrapping up on Thursday, and *drum roll please* we’ve already surpassed our goal of $20,000, thanks to you and you and you. But we here at Grist like to raise the bar. So we’ve zeroed in on a new goal: $25,000. Too optimistic? Maybe. But our love for this li’l earth of ours and our passion for quality journalism makes us shoot for the stars. Without you, these three stories (that we just published in the last few hours!) wouldn’t exist. So help us out! Go a little wild! You won’t regret it. 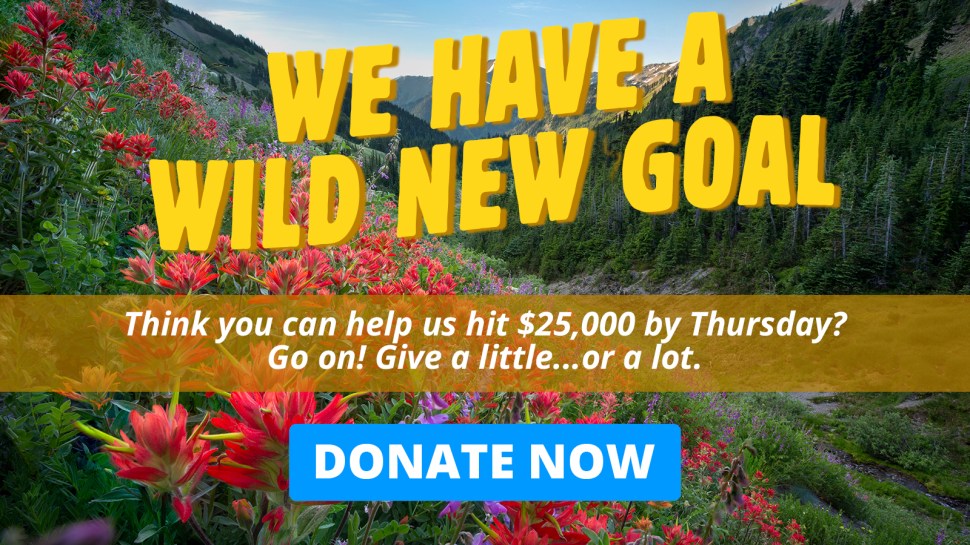 The adventures of Tom Steyer