It’s Monday, July 30, and Portland voters will decide whether big corporations should pay for clean energy. 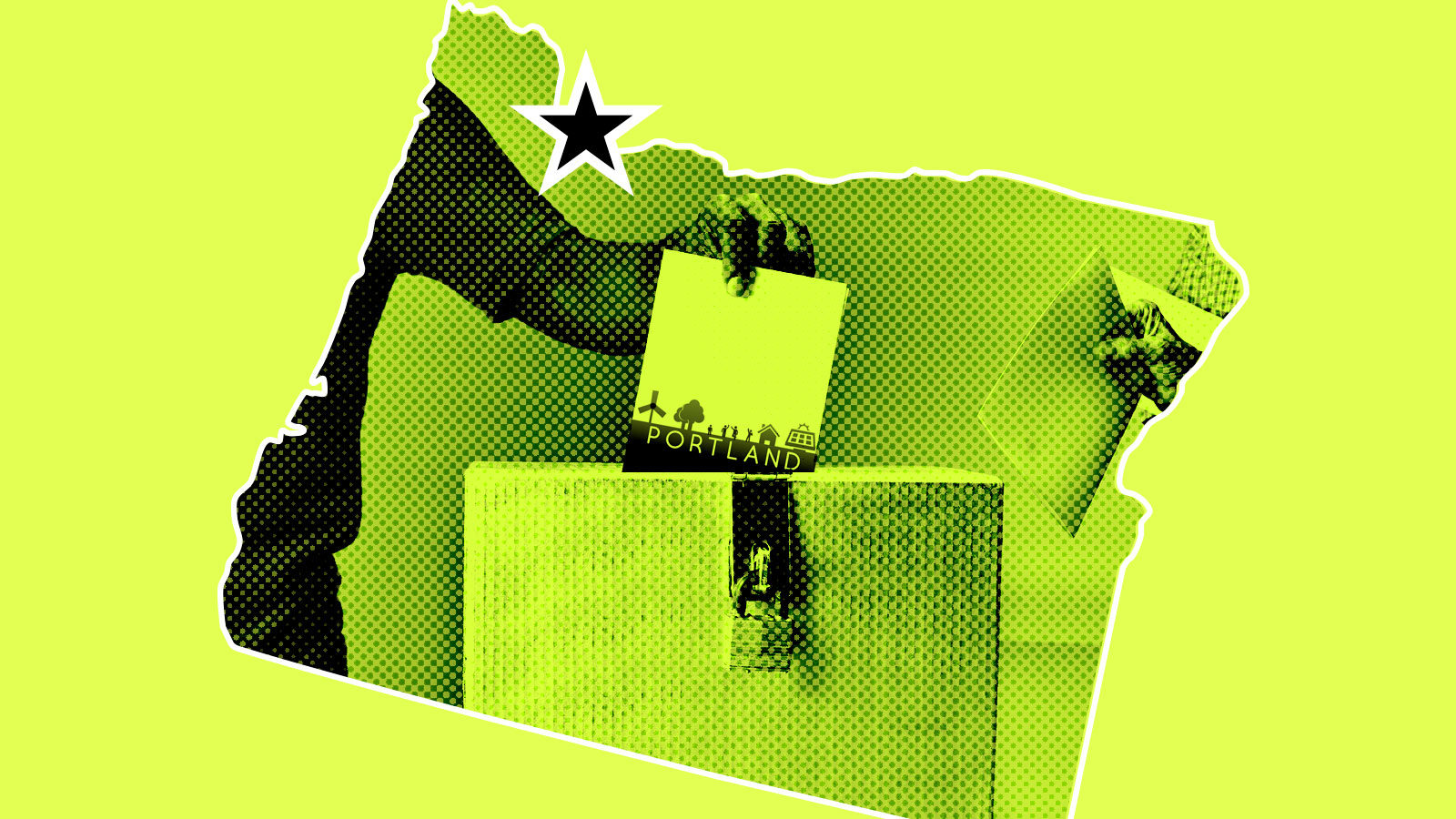 A new ballot initiative in Portland would raise $30 million a year for clean energy through a tax on giant retailers.

The money generated by the fund would be directed toward renewable energy and energy efficiency projects; clean-energy jobs training that prioritizes women, people of color, and people with disabilities; greenhouse gas sequestration programs; and a “future innovation” fund.

The campaign officially qualified for the November ballot on Friday after gathering 60,000 signatures from Portland voters (it only needed 34,000.) Lee says the volume of signatures speaks to the public enthusiasm for the measure, which would place a 1 percent charge on mega-retailers on revenue from Portland sales, excluding groceries and medicine.

So who would be paying up? We’re talking Wells Fargo, Apple, Comcast, and Banana Republic — companies that make over $1 billion in revenue a year and over $500,000 in Portland alone.

Will Portlandians decide to make big companies contribute to the green revolution? Time will tell. Read more about the effort here.

It’s been a sweltering summer. In northern Europe, climate change is partially to blame — a recent weather attribution report concludes that climate change made the soaring temperatures there twice as likely. Meanwhile, in Japan, record-breaking temperatures of 106 degrees this month put 22,000 people in the hospital.

And this year’s wildfire season has been devastating, too. There are currently almost 100 wildfires burning the western U.S. The terrifying blazes of the Carr fire in northern California have killed multiple people, while the Ferguson fire continues to threaten Yosemite National Park.

Trump’s pick to head Superfund site cleanups has got some real-world job experience for once — working on a shady cleanup for the chemical industry. Meet Peter C. Wright, the lawyer waiting for confirmation as assistant EPA administrator. Wright worked at the chemical company Dow for nearly two decades. He dubbed himself the company’s “dioxin lawyer.” The New York Times details how one cleanup he was involved in got accused of cutting corners and clashed with the EPA.

The U.S. Food and Drug Administration has expressed confusion over the word “milk,” and whether plant-based beverages like almond milk should be labeled as such. The dairy industry has been begging the agency to address this topic of concern for nearly 20 years in the hopes of getting “milk” banished from the labels of non-dairy, climate-friendlier alternatives like soy, almond, coconut, and oat milk. But what, exactly, is the dictionary definition of milk, anyway? Kory Stamper, the lexicographer who wrote the book on dictionaries, weighs in.

U.K. media finally figured out how to talk about the weather