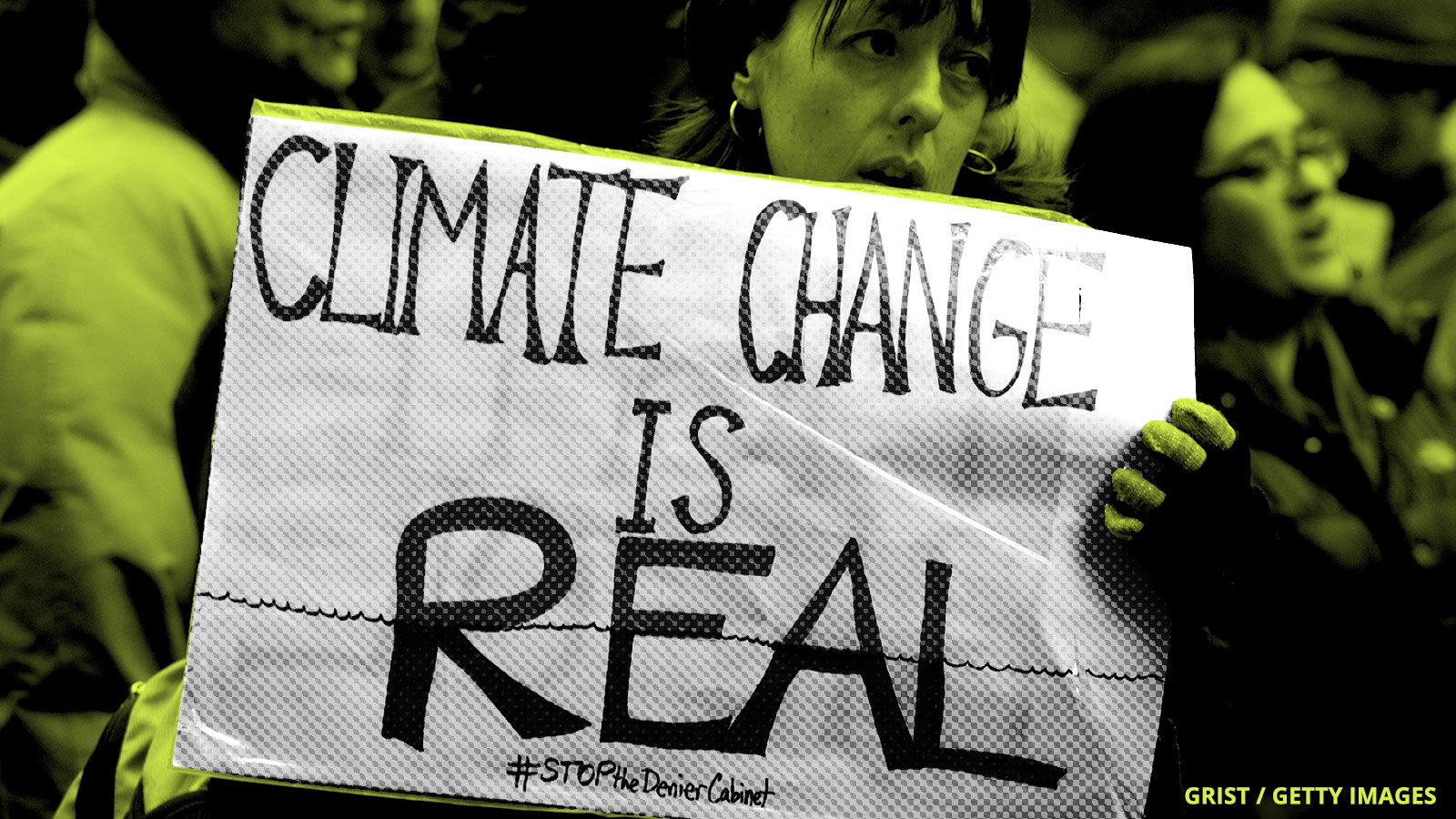 The science on climate change is clear — and now, so is the public sentiment. According to a new poll, public concern about climate change has increased markedly over the past several years, and majorities of Democrats, Republicans, and Independents all agree that humans are to blame.

The poll, conducted jointly by the Kaiser Family Foundation and the Washington Post, found that 8 in 10 Americans say that human activity is fueling climate change, and roughly half believe action is needed within a decade to avoid the worst potential consequences. Nearly 4 in 10 deem climate change a “crisis.” The poll also found that a majority of Republicans — 60 percent — agree that “human activity is causing changes to the world’s climate.” Welcome, friends.

That’s not all. The poll revealed that most Americans support new taxes to pay for climate initiatives. Nearly 7 in 10 of those surveyed are on board with raising taxes on wealthy households, and 6 in 10 favor raising taxes on companies that burn fossil fuels, to foot the bill for climate policy. The respondents supported higher taxes on fossil fuel companies even though they were told it could result in higher electricity and transportation prices.

“I am deathly afraid, not for my kids, but for my kids’ kids and what they will have to deal with,” Mechaella DeRicci, a respiratory care practitioner, told the Washington Post. “What are we leaving as a legacy besides a hot mess?”

Though fewer than 4 in 10 believe that tackling the problem will require them to make “major sacrifices,” teens are beating adults by a mile: The poll found that about 1 in 4 teens have participated in some sort of political action to express their views on climate change.

The world’s largest oil refinery was crippled by a drone strike on Saturday. The attacks on Saudi Arabia’s Abqaiq facility reduced the kingdom’s oil output by half, severely impacting global supplies and sending oil prices surging to record levels. Iran-backed Houthi rebels in Yemen claimed credit for the attack, and President Trump responded by tweeting “we know the culprit” and “are locked and loaded depending on verification.”

In a meeting on Friday, Brazil’s Foreign Minister Ernesto Araujo and U.S. Secretary of State Mike Pompeo agreed to promote economic development in the Amazon rainforest. The two parties also signed off on a $100 million biodiversity conservation fund that Pompeo said “will be led by the private sector.”

Five months after the fire at Notre-Dame Cathedral in Paris, French officials are still declining to disclose test results for lead contamination in the area. Local authorities reportedly knew of the risks of lead exposure within 48 hours of the fire but didn’t begin testing nearby schools until a month after the fire.