Today is Monday, July 2, and Rhode Island just sued the world’s biggest oil companies for messing up the planet. 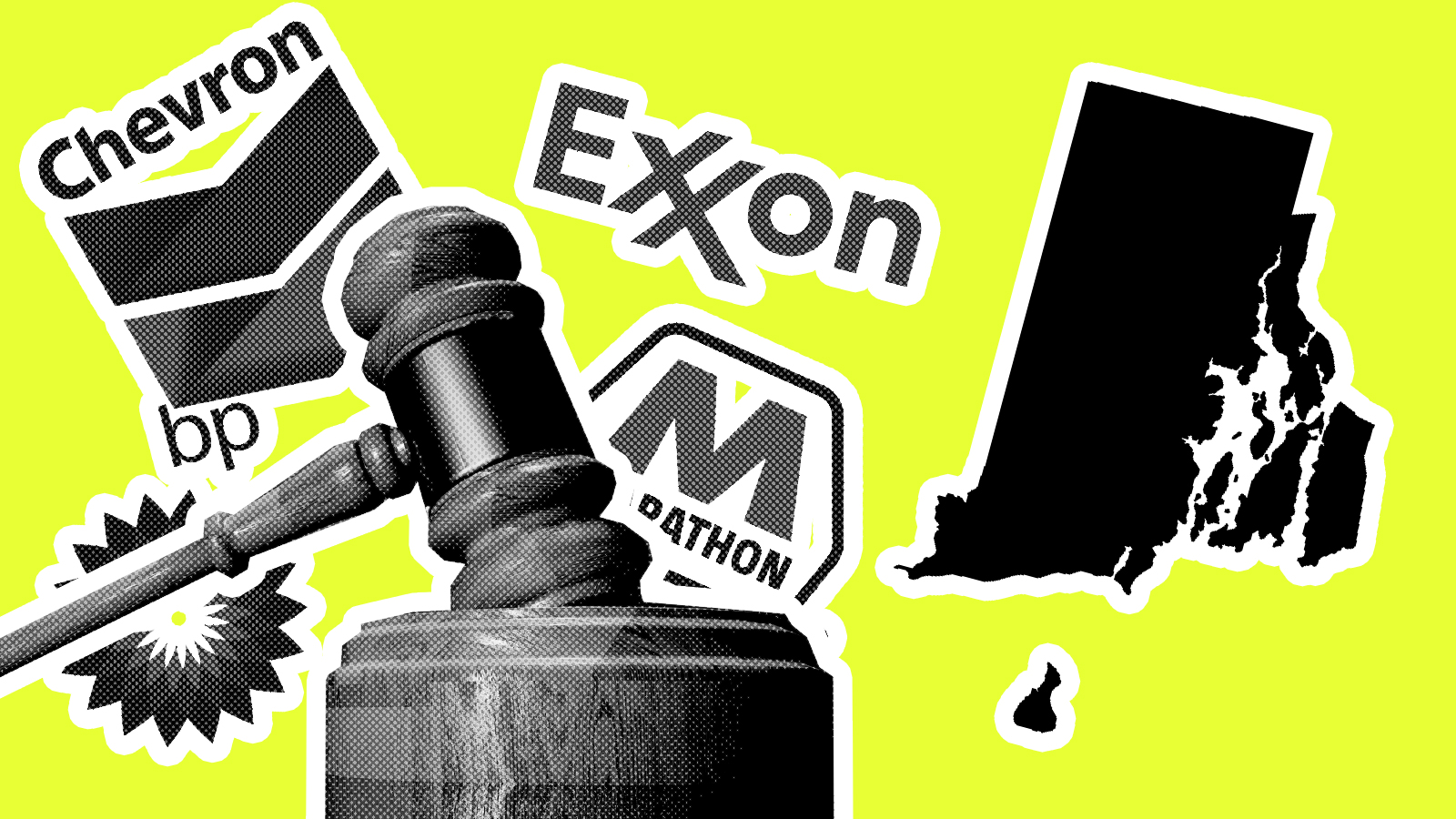 Rising sea levels are worrisome when you’re hemmed in by 400 miles of coastline. Luckily, the Ocean State is working on ways to keep the ocean out of the state.

Rhode Island’s attorney general, Peter F. Kilmartin, filed a complaint in Providence County Superior Court this afternoon alleging that 21 major fossil fuel companies, including ExxonMobil and Chevron, knowingly contributed to climate change and endangered Rhode Islanders. He wants those companies to pay up for the damages connected to climate change has already incurred, like Hurricane Sandy, and future destruction to the state. Or else!

You’ll recall that this isn’t the first state or city to take oil companies to task over this issue. Cities in California, New York, and Colorado, among others, have filed lawsuits against Big Oil in the past. Just last week, a federal court judge handed fossil fuel companies a win and shot down two of those lawsuits in California. But take heart! It appears that Big Oil isn’t getting off the hook anytime soon.

“For a very long time, there has been this perception that ‘Big Oil’ was too big to take on,” Kilmartin said in a statement. “But here we are — the smallest state — taking on some of the biggest corporate polluters in the world.”

This week in the Empathy for Polluters Agency: Recently released emails reveal a cozy relationship between EPA appointees and those they regulate. In one case, the EPA and the Consumer Product Safety Commission went back and forth for weeks over portable generators. Industry lobbyists had made their plea to Pruitt’s camp, and the EPA chief eventually strong-armed his way to success. But this move wasn’t unique. Emails show that there are dozens of requests from folks in industries asking the EPA to limit regulations.

If you live in the Bay Area, you probably woke up to a smoky morning. A fire blazing in the hills of Yolo and Napa counties grew almost 10,000 acres overnight. The fire has burned 44,500 acres already and is only 3 percent contained. California faced a dry winter, and is still feeling the effects of a five-year drought, a combination that leads to particularly erratic wildfire seasons.

Dominica wants to be the first country to beat climate change—a giant task for a tiny island in the Caribbean with 73,000 people. After getting ravaged by Hurricane Maria last September, the island became a testing ground for how to climate-proof an entire country. But international development agencies and foundations are reportedly moving too slow for an island now facing another hurricane season.

Old school trolls have been mailing Pruitt books on the environment and climate change since he started at the EPA, like Rachel Carson’s Silent Spring and two copies of Global Warming for Dummies. We’re not sure if the long-term climate skeptic has read any of them, but that didn’t stop us from enjoying some of the inscriptions written in the books. “To Scott Pruitt — Warmest regards on a ‘hot topic,'” read the inscription from Harlow A. Hyde. Well played, Harlow. Well played.

What book would you send to Pruitt?

Keep up the good work, comrades!