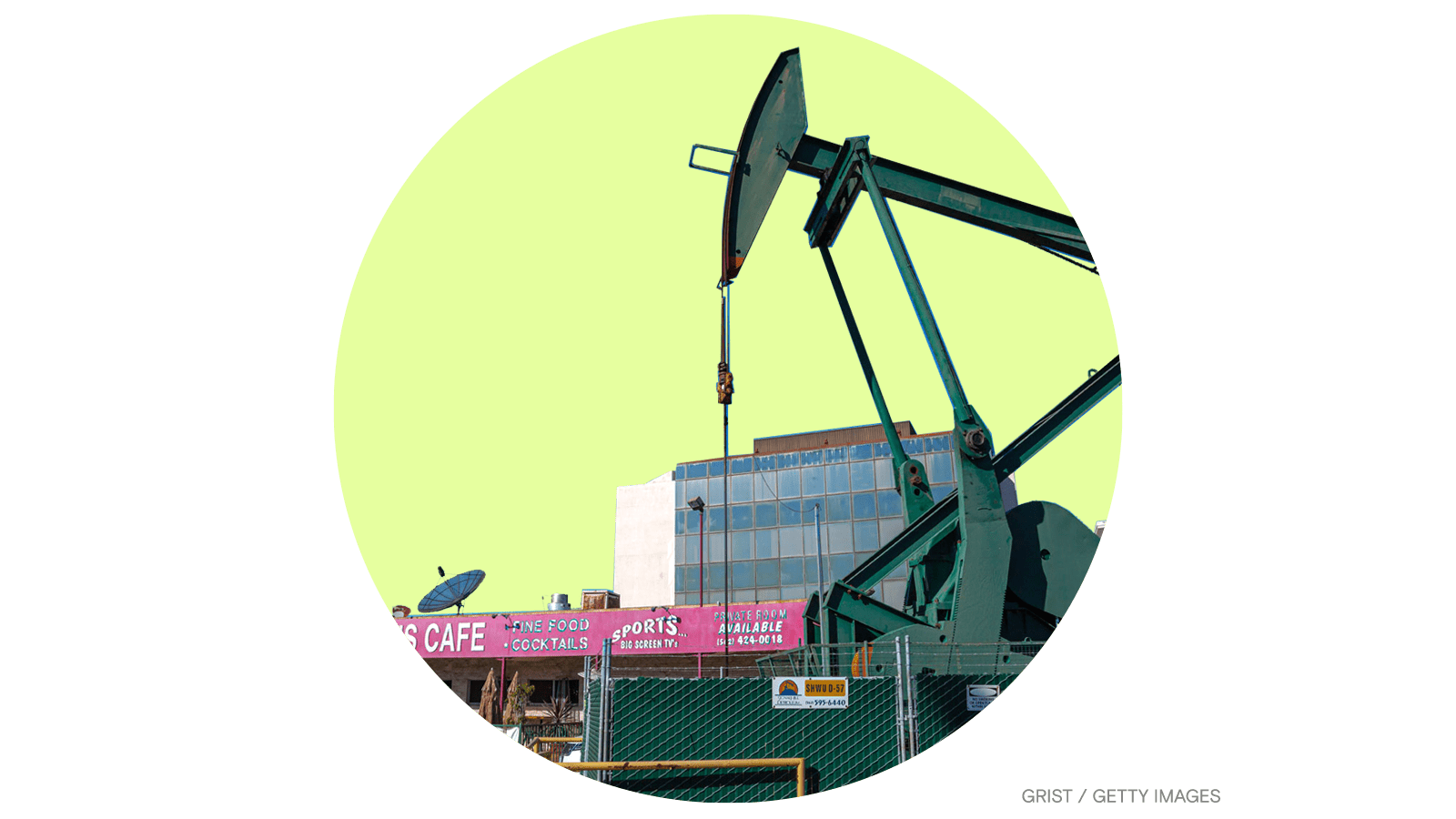 California environmental justice groups rejoiced yesterday after Governor Gavin Newsom announced a new ruling that would ban the permitting of oil and gas wells within 3,200 feet of community sites such as homes, schools, and hospitals. The new rule comes after years of advocacy by frontline communities and a recent Grist analysis showing the troubling prevalence of oil wells — and the pollution they generate — in California’s Black, Latino, and low-income communities.

Prior to the announcement, California was one of the only oil-producing states that had no regulations on how close wells can operate to the places where people live, study, and receive health care. If implemented, the rule would make California’s regulations the strongest in the country.

Oil and gas wells have significant effects on air quality and public health for the communities living next door. The proposed setback will impact 30 percent of oil production in the state and will protect roughly 2 million residents, including more than 250,000 children who go to school in close proximity to oil wells.

While the rule will likely not be finalized for another year, advocates are ready for the fight to get it there. “Oil and gas executives won’t let neighborhood oil drilling end without a fight — and we’ll keep fighting for working people until every person’s right to clean air in every neighborhood is guaranteed,” Neena Mohan of the California Environmental Justice Alliance said after the announcement.

In a 133-page report released Thursday, a top U.S. financial regulatory body said that climate-fueled disasters are “increasing and already imposing substantial economic costs” in the U.S. It’s the first time the Financial Stability Oversight Council has formally recognized climate change as an “emerging threat” to the nation’s economic stability.

A major American natural gas producer appears to have misled its investors about its environmental record, according to an investigation by Bloomberg News. Diversified Energy Company’s sweeping sustainability report said that its emissions fell 28 percent from 2019 to 2020, but its disclosures to U.S. regulators show its emissions actually increased 19 percent during the same period.

Wildfire smoke from the West Coast and local sources is more harmful to residents in the Eastern U.S. than previously understood. A recent study shows that three-quarters of all hospitalizations and deaths from smoke-related asthma occured east of the Rocky Mountains between 2006 and 2018, largely due to higher population density in the East.

UK zeroes in on net-zero