It’s Tuesday, April 23, and San Francisco might become first in the nation to make its big buildings green. 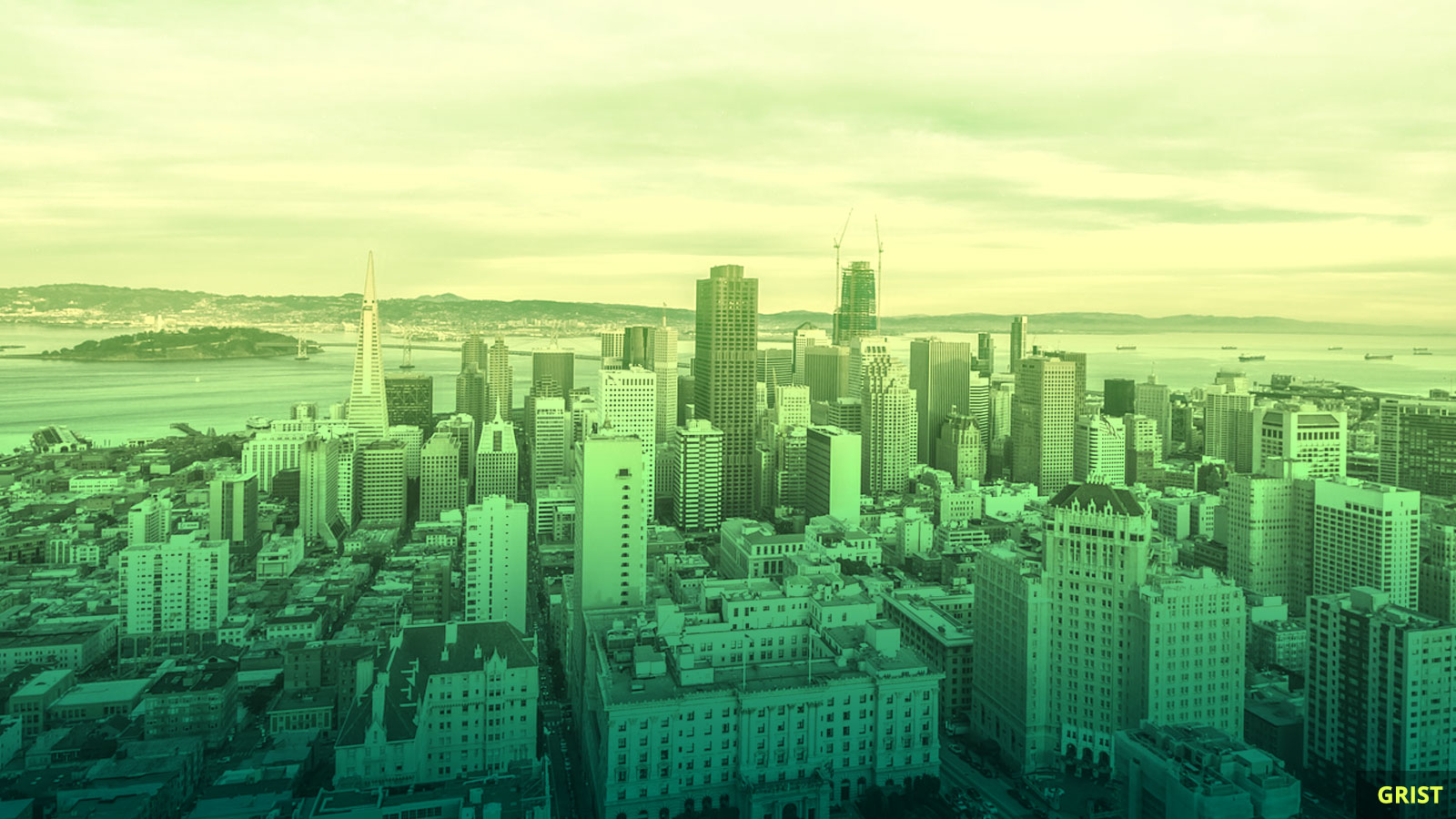 On Earth Day, SF announced a plan to power all of its biggest commercial buildings by renewable energy in the next 11 years. Sound familiar? New York City is on a similar quest, but on a longer timeline. The Big Apple wants to cut emissions from its tall buildings — of which it has many more than The City by the Bay — by 40 percent by 2030.

Slashing emissions from high rises is a step in the right direction for San Francisco, which has pledged to go carbon neutral by mid-century. The plan goes like this: By 2022, the city’s biggest buildings (the 50 skyscrapers that are 500,000 square feet and taller) would need to go green. Buildings in the next tier — between 250,000 and 499,999 square feet in size — would need to run on 100 percent renewable energy by 2024. Finally, buildings 50,000 feet and up would have until 2030 to get their acts together.

Like most major cities, San Francisco’s biggest CO2 source is its transportation sector, which contributes around 46 percent of emissions. But slashing emissions from its commercial buildings, which currently produce 22 percent of its emissions, is still a big step in the right direction.

And, as the San Francisco Chronicle reports, the city is ahead of its emissions-reduction goals. The Department of the Environment says it has now managed to slash emissions 36 percent below 1990 levels — 11 percent ahead of schedule. The city’s mayor and supervisors plan to introduce the big buildings proposal to the Board of Supervisors next month.

A vast majority of parents — 80 percent — want their kids to learn about climate change, but the issue keeps racking up absences, says a new NPR poll. Teachers are even more supportive of teaching climate to kids (86 percent say has a place in the classroom). Those figures are in stark contrast to what’s actually happening: The same poll shows only 42 percent of teachers include climate in their curriculums, and only 45 percent of parents discuss the issue with their kids.

Climate change makes rich countries richer and poor ones poorer. The economic divide between the wealthiest and most impoverished nations, in terms of per capita income, is now about 25 percent larger than it would have been if human-caused climate change wasn’t a factor, says a new study from Stanford University. Rapidly warming temperatures in countries like Nigeria and India are slowing growth, but they’re having the opposite effect in chillier nations like Canada and the U.K.

A million species are on the verge of kicking the can, thanks to the tireless work of human beings. Congrats guys, we really did it: A draft U.N. study says that, in addition to exacerbating global temperatures through the wanton burning of fossil fuels, humanity is also decimating the planet’s biodiversity.

Environment gets its (Earth) day in court