It’s Monday, September 10, and this congressional Republican has grown a spine when it comes to climate change. 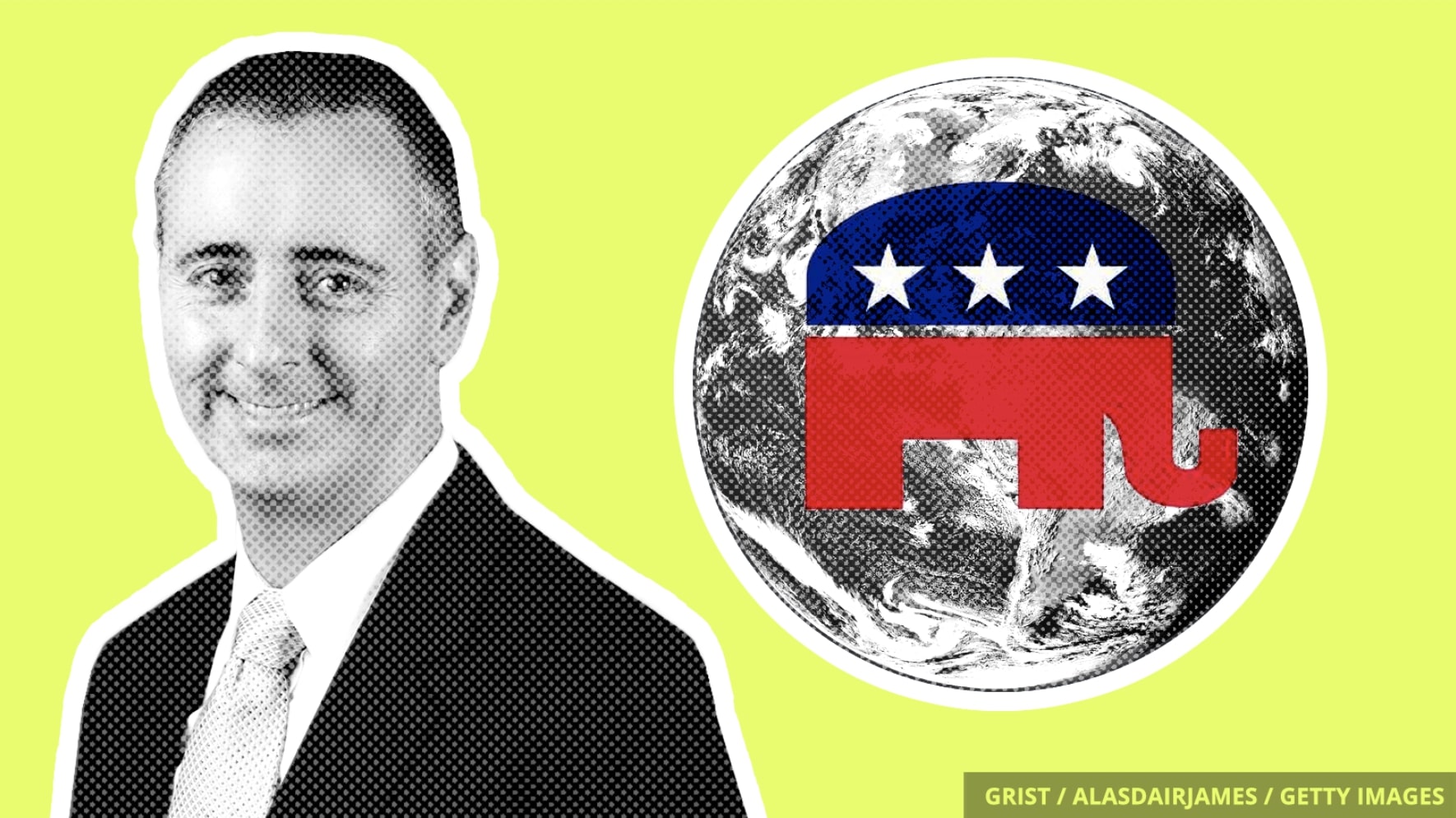 Democrats keep complaining about “spineless” Republicans in Congress. They probably haven’t met Brian Fitzpatrick, a representative from Pennsylvania. He’s a big fan of bipartisan climate action — which he says is the only kind of climate action with a chance of succeeding at the federal level.

He’s one of only two House Republicans who formally support a bipartisan carbon tax proposal. Its other backer is the person who introduced it: Carlos Curbelo, a representative from Florida and a member of the 2017 Grist 50. Curbelo’s bill would require fossil fuel companies to pay a fee of $23 per ton for their carbon emissions — and the cost would ramp up over time. (There’s a catch: In exchange for the fee, the proposal would eliminate the gas tax and pause the EPA’s ability to regulate greenhouse gas emissions.)

“Carlos and I,” Fitzpatrick told the Hill, “are trying to be that voice inside the GOP caucus to advance common-sense, bipartisan solutions to what he and I believe is a very significant threat.”

Fitzpatrick is fighting to keep his seat safe from Democratic challenger Scott Wallace in a competitive district this midterm election, thanks in part to Pennsylvania’s court-ordered redistricting. Fitzpatrick has the best environmental voting record of any Republican in Congress, voting in the planet’s favor 71 percent of the time last year — his first year in office — according to number-crunching by the League of Conservation Voters. (For comparison, House Republicans averaged 5 percent overall.)

Fitzpatrick’s views distance him from Trump’s brand of climate denial, but are they green enough to save his seat? We’ll find out in November.

Only three days after Trump took office, he placed a gag order on the EPA, silencing employees from communicating with the press. Since then, the agency has been slowly, quietly gutted of its resources, employees, and ability to do its job. The Washington Post revealed the extent to which the agency has shrunk: 1,600 workers have left the EPA while fewer than 400 were hired over the last 18 months. An exodus of this scale has not been seen since the Reagan administration.

In May of 2015, a corroded pipeline in Santa Barbara County released more than 140,000 gallons of crude oil into the ocean, in what was recently found to be a preventable tragedy. Plains All American Pipeline has been found guilty of knowingly causing the spill by failing to properly maintain the pipeline. Additionally, the Houston-based firm was found guilty of failing to report the spill immediately and making a false or misleading reporting about the deaths of marine mammals and seabirds it caused.

This week, Hurricane Florence is anticipated to bring life-threatening flooding to the Carolinas and mid-Atlantic. According to the National Hurricane Center, “The bottom line is that there is increasing confidence that Florence will be a large and extremely dangerous hurricane, regardless of its exact intensity.” The center also issued warning of damaging winds and life-threatening storm surges to impact the Carolinas and Virginia. Stay vigilant!