It’s Friday, July 17, and a federal court is reinstating an Obama-era rule to regulate methane emissions. 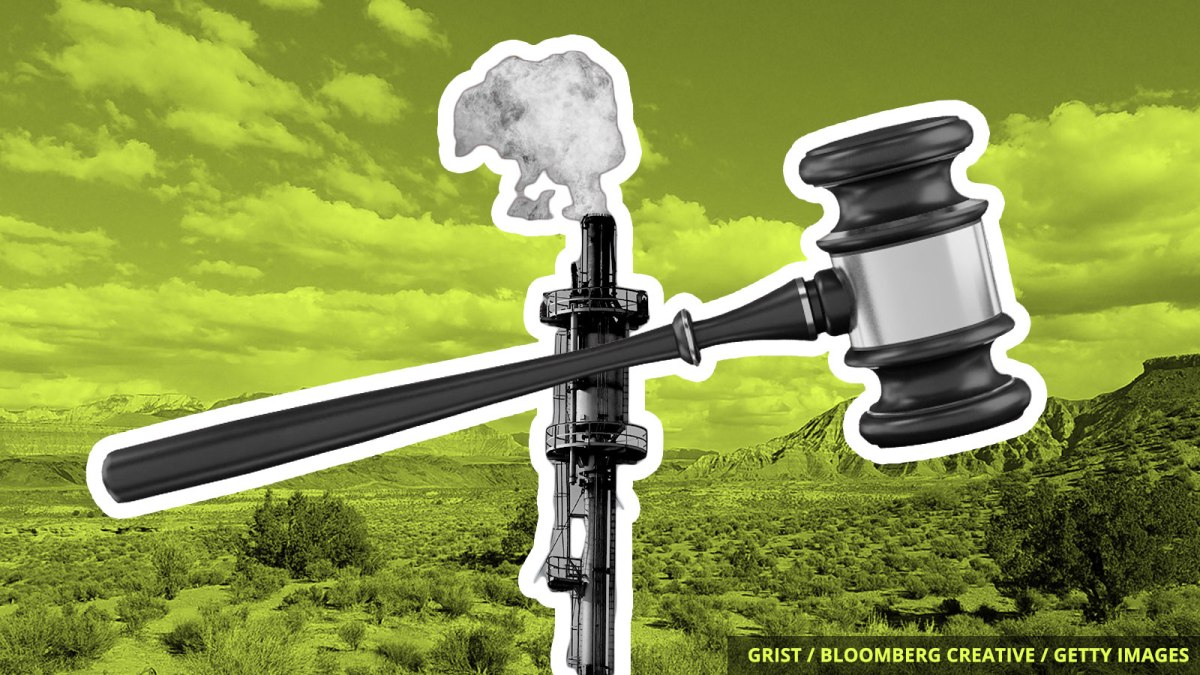 The judicial system delivered an emphatic victory to environmental advocates on Wednesday, when a federal court in California rejected the Trump administration’s attempt to rescind the Waste Prevention Rule, an Obama-era regulation that restricted the release of methane gas from drilling on public lands.

The rule was implemented in 2016 to control methane venting, flaring, and leaking from oil and gas facilities, preventing emissions of the potent global warming-causing gas, which a new study shows has reached record-high levels in the atmosphere. The Bureau of Land Management (BLM) partially rolled back those regulations in 2018, but Judge Yvonne Gonzalez Rogers ruled on Wednesday that the bureau operated much too hastily, failing to justify the rollback with scientific findings and violating the government’s statutory obligation to prevent waste. In short, she said, the BLM’s decision-making process was “wholly inadequate.”

Activists celebrated the court’s ruling as a win not only for the climate, but also for conservation and public health. “The bureau’s methane rule is a common-sense solution to protect our climate, reduce air pollution and save taxpayer money,” said Will Roush, the executive director of Wilderness Workshop, in a statement. “The court’s reinstatement of the rule is step forward for people across the west and especially those in communities disproportionately impacted by pollution from oil and gas development.”

BLM spokesperson Derrick Henry disagreed with the court’s decision, telling the Hill that the bureau’s deregulatory actions were lawful and science-based. Nevertheless, the BLM will be required to comply with the order to revert to the original Obama-era rule within 90 days.

Women living within three miles of natural gas flares had a 50 percent higher chance of preterm births than women living further away, according to a new study that analyzed birth records in Texas’ Eagle Ford shale basin. The association between distance from flaring and preterm births was only observed in Hispanic and Latina women, who made up 55 percent of the total population studied.

The Federal Energy Regulatory Commission has finalized changes to the Public Utility Regulatory Policies Act, a law that has helped independent solar power producers sell energy to utilities. The solar industry is concerned the changes will stifle competition and allow utilities to strengthen their monopolies.

The Environmental Protection Agency (EPA) was supposed to issue a new rule to curtail emissions from heavy-duty trucks this coming September, but now the process has been delayed. “This was the one thing that EPA was doing that was actually going to clean the air,” Paul Billings, senior vice president for advocacy at the American Lung Association, told E&E News.