Frackers might soon be allowed to float their wastewater down rivers 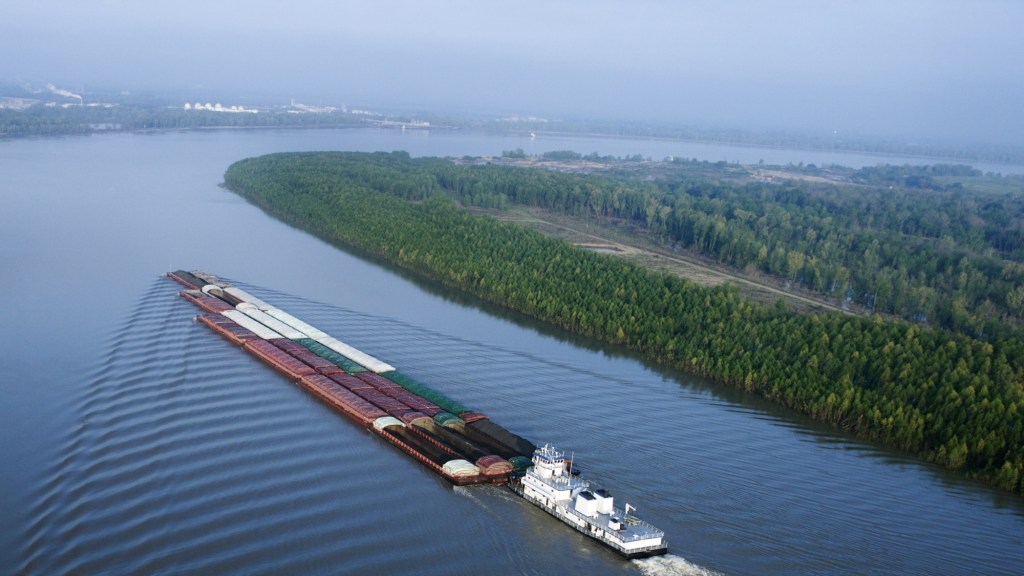 Frackers might soon be allowed to float their wastewater down rivers

We told you the other day that frackers are drawing millions of gallons of water from rivers and streams to pump into their wells. Now the U.S. Coast Guard wants that water returned to the rivers — floating on barges and laced with radioactive contamination.

Wastewater is a huge problem for the fracking industry. It’s produced when the water that frackers pump into the ground returns to the surface — contaminated with fracking chemicals and also with toxic substances that naturally linger deep beneath the soil. Some of the wastewater is pumped back into the ground, but that can trigger earthquakes. Some of the wastewater is treated like sewage and then poured back into rivers and streams, but that pollutes waterways with the hitherto-subterranean radiation.

The industry wants to be allowed to ship its wastewater away from frack sites to be dumped, stored, or recycled in far-off locations, even in other states. And the Coast Guard is giving the public a month to comment on its proposal to allow this precarious practice to begin. From PublicSource, a news outlet in the heavily fracked state of Pennsylvania:

The Coast Guard began studying the issue nearly two years ago at the request of its Pittsburgh office, which had inquiries from companies transporting Marcellus Shale wastewater.

If the policy is approved, companies can ship the wastewater in bulk on barges on the nation’s 12,000 miles of waterways, a much cheaper mode than trucks or rail. …

Under the policy, companies would first have to test the wastewater at a state-certified laboratory and provide the data to the Coast Guard for review. The tests would determine levels of radioactivity, pH, bromides and other hazardous materials. …

However, “the identity of proprietary chemicals may be withheld from public release,” the policy states.

The proposed regulations [PDF], which were published last week, would cap each load’s level of radioactivity:

The Coast Guard is concerned that, over time, sediment and deposits with radioisotopes may accumulate on the inside of the barge tank surface and may pose a health risk to personnel entering the tank. The Coast Guard’s concern with respect to radioisotopes is to ensure that radiation exposure duration and levels are both kept as low as reasonably achievable, within the meaning of Nuclear Regulatory Commission regulations.

Environmentalists and scientists worry about the potential impacts if a barge sinks, runs aground, or tips over while laden with a stew of pollution. “If and when there’s a spill, that can’t be cleaned up,” said Benjamin Stout, a biology professor at Wheeling Jesuit University. “That means it’s going to be in the drinking-water supply of millions of people.”