There’s some handwringing even among skeptics who accept climate change is real and human-made that rising greenhouse gas emissions is the inevitable product of a growing economy. And for years, that was pretty much the case: The only time a country saw emissions dip was in an economic recession.

But that doesn’t look to be the case any longer, particularly for industrialized nations. A new analysis from the World Resources Institute (WRI), based on data from BP and the World Bank, finds 21 countries have cut greenhouse gas emissions since 2000 but have seen their economy grow all the same. That includes the United States: 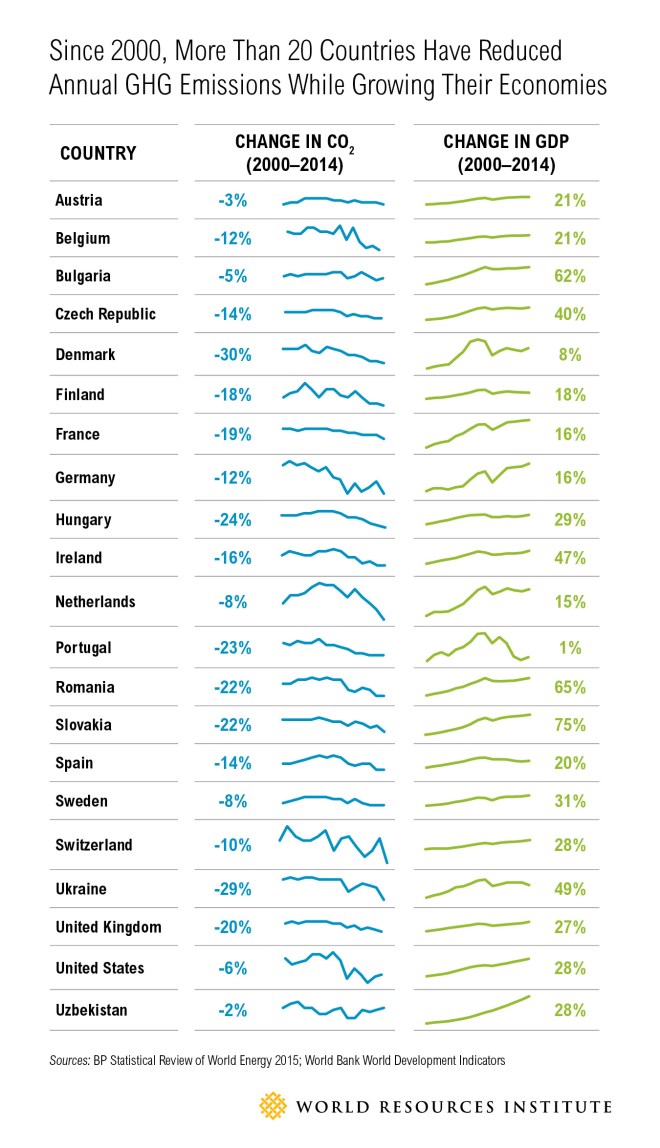 The WRI analysis lends further support to a trend at the global level of decoupling emissions from economic growth. Last month, the International Energy Agency (IEA) announced that energy-related emissions stayed flat in 2015 for the second year in a row, while global GDP had continued to grow at about 3 percent. In the U.S. alone, there was a 6 percent drop in energy-related carbon emissions and a 4 percent increase in GDP from 2010 to 2012.

It will be hard to deny this decoupling of growth and emissions, but science deniers always find a way.