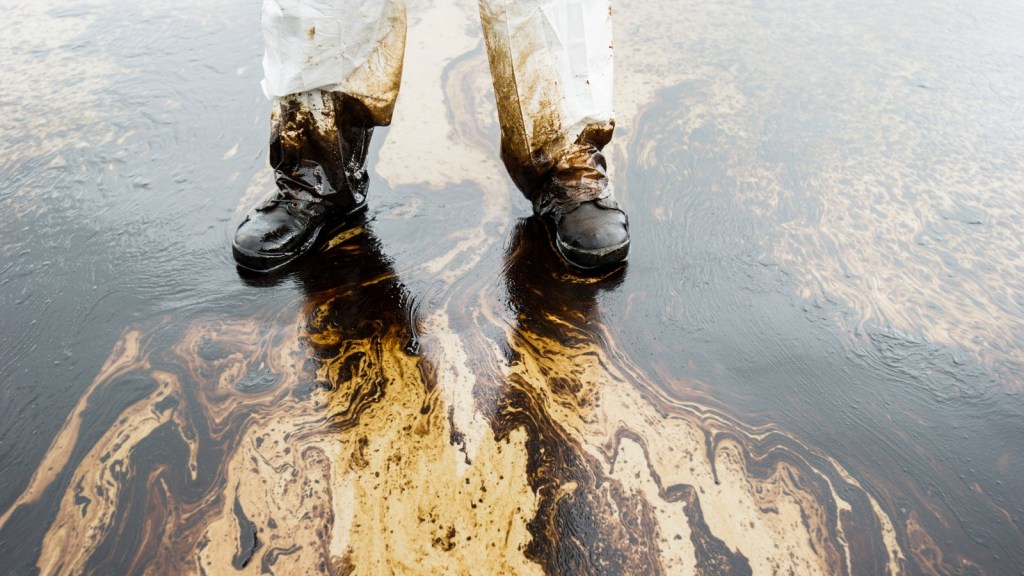 In early April, TransCanada reported that a leg of the Keystone pipeline, running from Alberta, Canada, to Cushing, Okla., had leaked 187 gallons in a South Dakota field. But that was just an estimate based on the amount of oil that had seeped to the surface. By the following week, after digging up and excavating the line, TransCanada revised the reported spill size by almost 9,000 percent to 16,800 gallons.

It’s the kind of update that would get an engineer fired in most disciplines, but 100- or even 1,000-fold revisions are more or less par for the course when it comes to oil and other hazardous substance spills, both onshore and offshore. Aside from TransCanada’s, here’s a small handful of recent examples:

Even in the small sample above, that’s anything from an 12-percent to a 2,600-percent increase.

Why is it so hard to estimate the size or rate of a spill?

David Turnbull, Oil Change International’s campaigns director, echoed Kleeb’s claims: “That happened with everything from Deepwater to Exxon Valdez to the Keystone spill,” he told Grist. Turnbull, too, pointed to a company’s financial incentives to downplay spill volume, but when “they actually go in and measure it, they can’t ignore the measurements.” Oil spills can cost companies up to $1,100 per barrel in fines alone.

But measuring pipeline spills is also just a tricky job, and companies and regulators can increase or decrease spill-size estimates for perfectly legitimate reasons, too.

For a leak to be measured, it has to be detected in the first place. Leak detection relies on sensors that measure flow rate and pressure in pipelines (as well as 24-hour staffing to keep track of the measurements). However, these systems aren’t foolproof. In 2012, InsideClimate News reported that between 2002 and 2012, oil companies’ technology detected only 5 percent of all pipeline spills in the United States. The general public accounted for 22 percent of detected spills, and on-scene pipeline employees reported 62 percent. A more recent analysis found that remote monitoring detected two-thirds of all spills greater than 1,000 barrels.

Additionally, the distance between measuring sites can be as much as 100 miles. TransCanada’s recent spill was discovered by a local resident.

After a pipeline leak is detected, a company can estimate the size by looking at variables like pipeline diameter and length, the sensors’ pressure and flow-rate measurements, the pipeline’s gas-to-oil ratio, and the length of time it was actually leaking. Upon getting an estimate, federal regulations only require reporting to the Coast Guard of spills larger than five barrels per day. For reference, TransCanada’s 187-gallon initial estimate is equivalent to about 4.5 barrels.

The Keystone spill was a harbinger to Wednesday’s six-year anniversary of the Deepwater Horizon oil-rig explosion, which killed 11 workers. Initial estimates of the rate of the leak were 1,000 barrels of oil per day, which BP later updated to 5,000 barrels, and eventually climbed to 40,000 as officials struggled to get a handle on the disaster. All told, Deepwater Horizon would release nearly 5 million barrels of oil into the Gulf of Mexico — a number that also underwent a heated legal dispute.