Meet the mailman who mapped Rio's slums before Google could - Grist 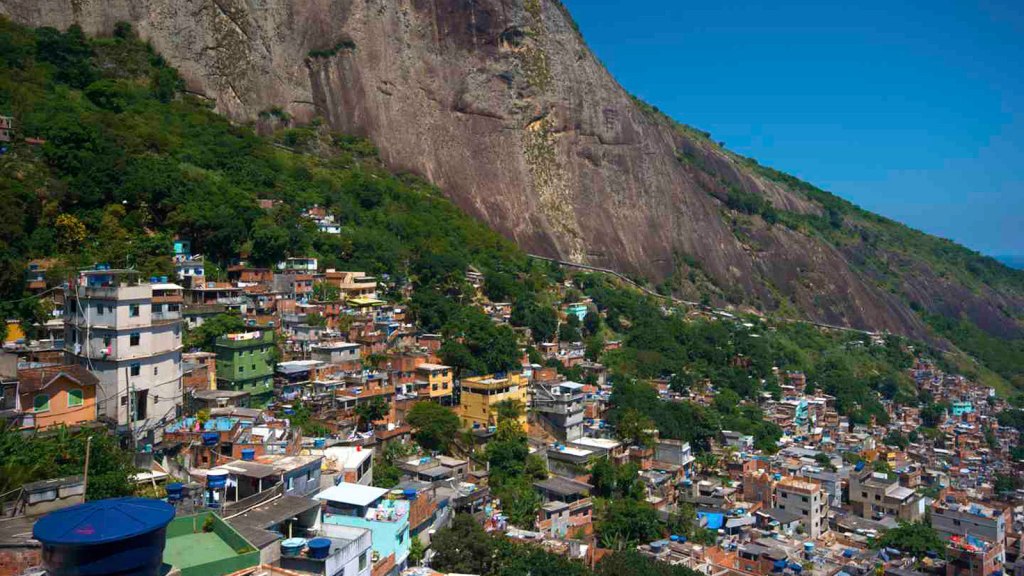 Meet the mailman who mapped Rio’s slums before Google could

There are a lot of potential negative impacts of rapid and expansive urbanization: Stress on limited resources, decreases in air quality, insane traffic jams, to name just a few. One that may not be as readily obvious: not being able to get your mail because your house does not have an address.

Rio de Janeiro is surrounded by favelas, sprawling slums that have begun to develop, almost, into cities of their own. The largest — ironically named Rocinha, which translates to “little farm” in English — is almost entirely unmapped, formally speaking. The very nature of Brazil’s peri-urban growth, which tends toward the jumbled and outpaced, has resulted in unlabeled streets on top of tunnels, and buildings piled on other buildings. While Rocinha has become one of Rio’s more developed favelas, with infrastructure and commercial districts, most of its residents end up getting left out of the postal system. Obviously, that causes some problems.

Vice’s Motherboard brings us the case of Carlos Pedro, the Friendly Mailman, a postal service founded by ex-bodysurfing champ and former census worker (not simultaneously – although imagine the possibilities!). Through an entirely grassroots effort, Friendly Mailman has created a map of the many, layered passageways of Rocinha, which is then used to deliver mail to the favela’s residents:

As there are no official names for most of the streets in Rocinha, the residents make them up. A street usually has at least two to three names. The streets do not start in an arbitrary way; depending on who you are speaking with, a street can begin on the upper side of the slum and come down, or vice versa, or even somewhere in the middle. Pedro and his friends had to create a virtual beginning and end for each street.

The end result is an algorithm for each street, stairs, or alley. Together, these hundreds of handwritten pages turned into a huge map, chock full of lines and codes, impossible for anyone without understanding of its logic to decipher.

On one hand: sick! This is providing a much-needed service to a generally underserved area, and one that’s representative of a significant demographic of Rio de Janeiro. On the other hand, the map is designed and coded in such a way as to defy replicability, which does raise the issue of whether – or, cynically, when – it could be exploited for further profit. (At present, the Friendly Mailman and his team already charge a fee for their services.)

“You’ll notice that the numbers do not appear in order,” he goes on. “Look at this house here: 8044. This is because they get their addresses according to the date when they hire the service. No one can locate these houses without our map. And no one will understand the map unless we explain how to use it.”

Regardless, looking at this as a case of a community successfully (for now) improving upon its own infrastructure when its local government can’t — or won’t — offers a pretty interesting idea of how cities might develop as they inevitably grow and grow (… and grow, and grow) as the global population continues to urbanize.

And for the entrepreneurially minded, one might consider using this map to direct 2016 Olympics-goers to discounted Airbnb lodgings — for the real Rio de Janeiro experience!