Pittsburgher to Trump: You got me all wrong 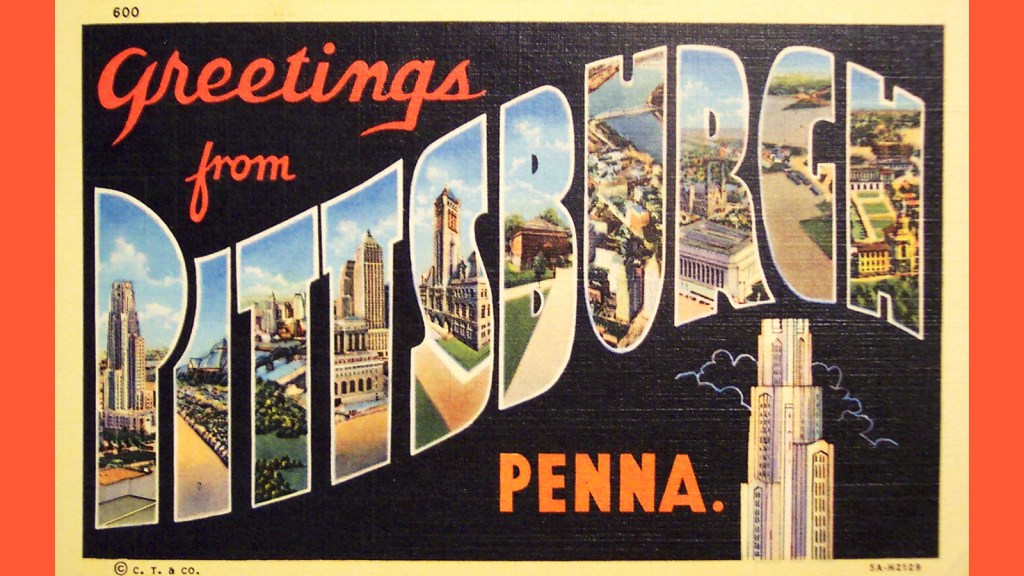 Dave
What A Week

Pittsburgher to Trump: You got me all wrong

There are truly too many things to denounce in President Trump’s Thursday speech that pulled the United States out of the Paris Agreement. There’s the utter disregard for future generations, the blatant lack of understanding of the modern economy, the failure to grasp what climate change is — and then, the part where he forgot that Pittsburgh is the Paris of Appalachia! It’s like, where even to begin?

Yes, we’re here to discuss the much-trumpeted “I was elected to represent the people of Pittsburgh, not Paris” line of Trump’s Rose Garden speech. Like many Trump lines, it’s so baffling that it takes a few moments and several hard cigarette drags to process, but it actually touches on the president’s crucial misunderstanding of the rift between rural and urban America. Let’s break it down.

Many, many people — including Pittsburgh’s Mayor Bill Peduto — have rushed to tell Trump that he was not elected to represent the people of Pittsburgh, because the city of Pittsburgh voted overwhelmingly for Hillary Clinton. But the electoral college did elect Donald J. Trump as president of the United States, of which Pittsburgh is a strange, small, but critical member — much like Steve Buscemi pre-Boardwalk Empire. Therefore, Trump was elected to represent the people of Pittsburgh, because that’s how federal elections work. He said a true thing!

Trump’s actions, however, are no representation of what Pittsburghers truly want. According to the Yale Program on Climate Change Communication, 70 percent of Allegheny County residents (which includes Pittsburgh) say they want 20 percent of their electricity to be renewably sourced; 80 percent support regulating carbon dioxide as a pollutant; 74 percent support setting strict limits on emissions from coal-fired power plants.

These policies would be more ambitious than what was called for in the United States’ proposed commitments in the Paris Agreement. In other words, many Pittsburghers think that the climate pact Trump just scrapped was too lax.

After Trump’s talk, Mayor Peduto held a press conference on the subject of his Tweet heard ’round the world, which promised that Pittsburgh would continue to commit to the Paris Agreement. The room — because it was in Pittsburgh — was basically empty. That’s unfortunate, because Peduto addressed an essential misstep in Trump’s alliteration of two cities: That urban centers tend not to share beliefs, values, or even needs with the rural areas that surround them.

“There’s the city of Pittsburgh, which I represent, and then there are the surrounding areas,” Peduto said. “Maybe he should have a speechwriter that understands difference between ‘city’ and ‘region’ … This city doesn’t support his initiatives. For him to then use this city as an example of who he is elected to represent — he’s not representing us at all.”

Peduto then added that he was “offended” by the mischaracterization, an assertion that was quickly broadcast by local conservative media.

Pittsburgh is a deep blue city in a very red state. Those unfamiliar with the city would be surprised by how suddenly upon exiting its limits that one enters into Trump territory. Pittsburgh is surrounded by old coal and steel mill towns, long-dormant and depressed, where support for Trump runs high. Peduto addressed the disparity between the two poignantly:

“The areas that voted for him, the areas in the Rust Belt that see an opportunity in the past as the only opportunity for the future — he is giving them false hope.”

The stereotypical impression of Pittsburgh — and one that I encounter frequently as a proud but expatriated native — is that it’s a filthy, dark, depressed steel town. This impression is so outdated that it describes a place I’ve never seen. Pittsburgh’s primary industries have long been education and healthcare. More recently, and controversially, it’s become a bit of a tech hub. There’s not a speck of coal dust to be found — in fact, anyone with the privilege of visiting Pittsburgh notes that the city is uniquely lush and verdant.

Peduto said that Trump “used us as an example of a stereotype in order to make a point, and it missed completely.”

Pittsburgh’s success, Peduto emphasized, is a result of the city slowly weaning itself off a fossil fuel-based economy. Peduto himself attended COP21 in 2015 as part of an international coalition of mayors, and said he still plans on trying to hit the targets laid out in the Paris Agreement. (Peduto released an executive order this morning to this end.)

And yet the outlying, fading towns threaten to be left even further behind, as even the economic forces behind a fossil fuel-driven economy show signs of faltering.

Who would have thought that a president given to graceless, often indecipherable public statements could capture such a delicate facet of a split America in a single sentence! It’s been a very weird week.