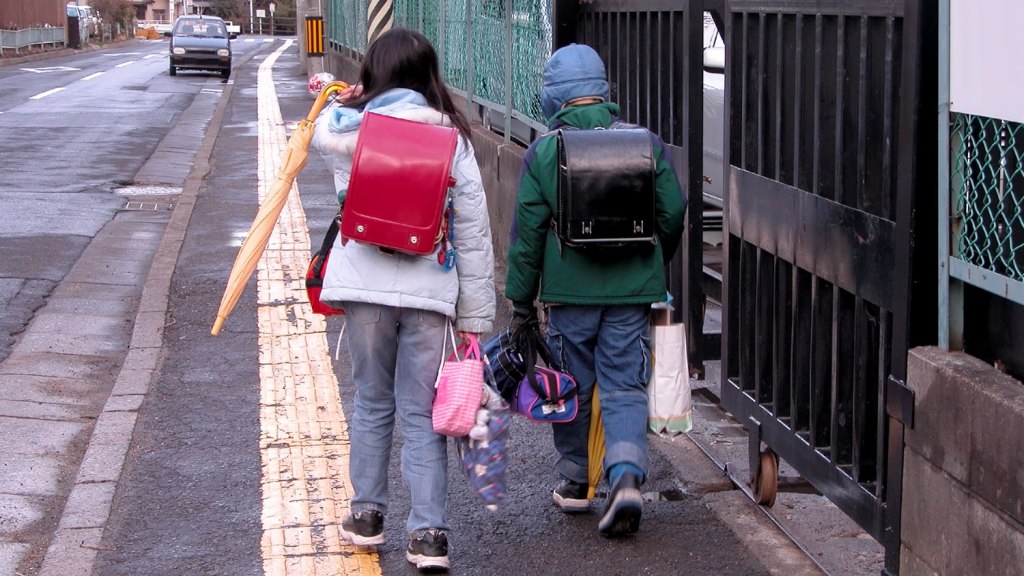 Silver Spring, Md., is not known for being backward. Just north of Washington, D.C., it is similar to other liberal-leaning inner-ring Montgomery County suburbs, only more racially and socioeconomically diverse than most. Like its neighbors, such as Bethesda, the area has gradually urbanized in recent years, as a mixed-use, relatively high-density area has grown up around its mass transit hub.

But Silver Spring has a new, dubious distinction, and the town’s embarrassing story sheds light on how difficult it is to undo America’s dependence on driving everywhere.

The Washington Post reported last week that last month, a 10-year-old boy and his 6-year-old sister were walking one mile home from a park in Silver Spring. Someone called the cops, who picked them up about halfway and took them the rest of the way home. Their parents, Alexander and Danielle Meitiv, faced no criminal charges, but a few hours later Montgomery County Children’s Protective Services (CPS) showed up. According to the Meitivs, a CPS worker required Alexander to sign a safety plan promising not to leave his children unsupervised until the following Monday, when CPS would follow up. If he refused, the worker said his children would be removed. CPS has since interviewed both children at school and returned to the Meitivs’ house.

This is not the first time parents have faced legal consequences for letting their kids stretch their legs instead of chauffeuring them everywhere. In Tennessee in 2013, a father of two was arrested because he came to pick up his kids from school on foot. The school would not release the children to him without a car, even though vehicles were backed up for a mile. When he complained, the school security guard, who is also a police officer, arrested him.

The Meitivs’ case is especially notable because of the way it contrasts their sensible, science-based parenting approach to the hysterical idiocy of their neighbors.

Not coincidentally, Alexander Meitiv is a physicist at the National Institute of Health and Danielle is a climate science consultant. The Meitivs believe in “free-range parenting” that encourages their children to explore the world around them. This is how one develops a love of nature, a love of walking, and the freedom and excitement of vital urbanism. It’s also how one stays healthy. As Danielle Meitiv pointed out to the Post, “Abductions are extremely rare. Car accidents are not. The No. 1 cause of death for children of their age is a car accident.”

The irrational fear of crime, especially where children are involved, is a major cause of Americans choosing suburban sprawl and car dependence over walkable urbanism. As the Post noted in a follow-up story, “Federal statistics show that the violent crime rate has fallen dramatically from its peak in 1991 and is about what it was in the late 1960s but lower than in the early 1970s, when many more mothers were at home and children roamed freer.”

Like most of my friends growing up in Brooklyn, N.Y., I started walking home alone from school at the age of 10, just like the Meitivs’ son. That was in 1991, and crime was a much more serious threat in that time and place than Silver Spring today. I was mugged a couple of times. But I survived. I wasn’t paralyzed, as car accident victims often are. And no one called the cops.

The suburban American consensus to keep children confined to cars is not actually in their interest: Cars belch asthma-inducing pollution, contribute to climate change, and make us fat. But cars seem safer to the superstitious and ignorant. And so a suburbanite calls the cops when he sees a 10-year-old walking without adult supervision, and the cops pick the child up instead of seeing that nothing is amiss and leaving him alone. And then Children’s Protective Services acts as if these scientists are the crazy ones.

So, while Montgomery County’s planning department tries to free residents from the tyranny of the car with improved walkability and enhanced density and transit, its other agencies work at cross-purposes.

This tension between well-intentioned policy makers and backward-thinking, street-level bureaucrats is not unique to Montgomery County. In New York City, the Department of Transportation has adopted a number of traffic-calming measures such as lower speed limits. But the NYPD, which is heavily staffed by residents of suburban neighborhoods, often chooses not to enforce traffic safety laws.

Back in Montgomery County, parents note that the school district saves money by not providing school bus service for children who live less than a mile from school. So, one agency assumes they will walk while another threatens to take them away from their parents if they do.

And so the predicament of Silver Spring illustrates two challenges of walkability that are generally ignored. One is that the planning and transportation departments cannot fix these problems alone. The whole government, including the police and social service agencies, must adjust its thinking.

Another is the importance of economic diversity. The notion that two kids walking alone on a street is unsafe assumes a lot of class privilege on the part of parents. As Grist’s Brentin Mock reported in last July, a South Carolina mother who had to go to work and let her 9-year-old daughter entertain herself at a playground, was arrested for “unlawful conduct towards a child.”

I went to the playground near my house alone when I was 9, and it was often full of unattended kids even younger than me. In a diverse, bustling city, neighbors, cops, and social welfare agencies do not make the unrealistic assumption that every child is raised in a two-parent household with a stay-at-home parent or a paid nanny.

Americans need to readjust their assumptions around how modern families operate, what’s actually safe or dangerous, and get their civil servants working towards the goal of fostering free-range children.