All that oil and gas and coal that had been trapped below ground for millennia, and that now was being dug up and burned for processes both awesome and non-awesome, was gradually returning the planet’s climate to a hot, soupy, pre-historic mess. Actually, not so gradually. She would notice the changes in her lifetime. There would be famines, flooding, mass extinctions. Shit was going to get crazy.

This information was presented impassively. No biggie! Just the largest environmental threat that humans (and a whole lot of other species) have ever faced. Yes, the professor said, your species caused it, which means you caused it. We all caused it. We’re causing it right now. Don’t forget there’s a test on Friday.

A few months later, she went backpacking through the Sierras as part of an intense environmental philosophy and religion course with 11 other people. For the first time in her life, she was discussing the things that she had realized in that environmental science class. And she found that it made her feel better. She’d academically understood “the talking cure” — the psychological term for the way that conversation with a thoughtful, engaged listener has of curing depression and anxiety, whether the people who are doing it think of it as “therapy” or not. Now it had worked on her. 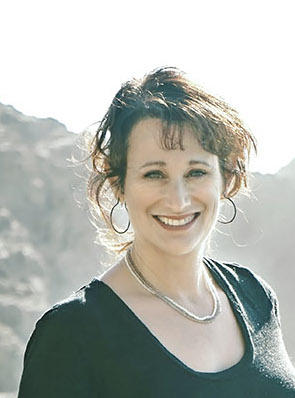 Lertzman has been studying what happened in that class ever since. She moved to the U.K. to get a PhD in psychosocial studies, an interdisciplinary field that looks at the interaction between the individual and society. She co-founded a group called the Climate Psychology Alliance, and met Rosemary Randall, a British psychologist who founded a series of discussion groups called Carbon Conversations. Ostensibly, the group was about convincing people to cut the amount of energy they used — but there was an unusual frankness about Randall’s approach.

Randall thought that doom-and-gloom pronouncements about a coming climate apocalypse did more harm than good. But she also openly derided the “bland, unchallenging, nature” of the solutions to climate change put forward by many activists — from the “small steps” narrative (“In this story, we all need to ‘do our bit’: change our lightbulbs, ease off on the accelerator, and top up the loft insulation”) to the “tech will save us” contingent (“All those professors in white coats, pebble-glasses, and crazy hair have the answers — whether it is renewables, nuclear power, or geoengineering. Once they have their hands on the resources they need, they will deliver a world much like the one we know”).

Collectively slowing down climate change would have real consequences, said Randall — certain jobs would vanish, food would become more expensive, travel to see far-away loved ones would be more difficult. Failure to talk about this honestly was slowing down the movement.

Lertzman agreed. “Psychoanalytic work,” she wrote, in her book Environmental Melancholia: Psychoanalytic Dimensions of Engagement, “is one of our greatest untapped resources when it comes to meeting our environmental crisis more effectively. This is because we must understand on the deepest levels possible the workings of human behavior, including unconscious processes such as denial, projection, splitting, disavowal and apathy.”

I’ve been writing about the psychology of climate change and climate change communication for nearly a year now, and out of all the people who I’ve interviewed on the subject, Lertzman is the one who reminds me the most of an actual psychotherapist. If you ask her a question, she’s likely to ask you another one, or to tell you that it’s too complicated to have any one answer. There’s a reason for this: While she has the same goals — getting people motivated to take action to slow down climate change — she’s arguing for more complexity in a field that is dominated by polls, surveys, and A/B testing.

Recently, Lertzman talked with me over the phone about why she sees inaction on climate change as a psychological issue — and why using shame to try to change people’s behavior is just about the worst tactic ever.

Q. So, you believe that conversation really works when it comes to getting people to do something about climate change. But it has to be a certain kind of conversation.

A. When you’re being listened to, when you have a sense of being understood, you have a much more clearly defined sense of what you believe. The research I was doing as a PhD was very conversational — I would go in and design these interviews with people. I did three interviews per person and often by the second or the third interview, people would become more clear in articulating their views. People would say, “I haven’t thought about it for a while, but I’m actually very concerned about what’s going on with the environment. I worry. At night.”

But it’s not like people are walking around thinking about that. We come to that during the act of conversation. It’s from Rosemary that I got this saying: “If you want people to change, you’ve got to have a conversation with them. There’s just no way around it.”

Q. That’s interesting. Out here in the Bay Area, there’s such an obsession with cognitive behavior therapy [CBT], EMDR [eye movement desensitization and reprocessing], and “hacking your brain.”

A. To be honest, there’s research that is coming out all the time that is showing the drawbacks of CBT and other shortcuts to behavior change.

I’m not a “brain” kind of person. I don’t get the obsession with the brain. But our brains process information through conversation. When psychotherapy works, it’s largely because of the relationship you have with a therapist.

When it comes to something as complicated as climate change, the act of conversation — whether it’s one-on-one or group — takes on a whole new level of importance and significance. On numerous levels, there’s a lot going on. What’s left unconscious becomes more conscious in the act of talking and being listened to. There’s this whole aspect that is social validation — “Oh — I’m not alone! I thought I was the only one! You mean I’m not crazy?” A little bit of social norming. Humans are meaning-making. We are always trying to make sense of what’s going on. For better or worse, we need each other to do that.

I want to make clear that I am not suggesting that everyone has to go into therapy. But there are 12-step groups– which I’m definitely not suggesting we all need to go into either. But we can learn a lot from why and how they work by paying attention to what happens in them. If you strip away the discourse around “higher power,” you have people getting together and having conversations and supporting each other. Conversation is the building block of what we would call behavior change. It’s the most basic kind of behavior change technology we have.

There are many kinds of conversation and many of them are not good. But if it’s good we come out of it feeling a sense of more clarity, instead of judged or shut down or shamed or self-conscious or defensive. Every conversation has the potential to go any of those ways.

Another example of conversation that has been proven to be powerful is motivational interviewing. There are thousands of research papers on how motivational interviewing has helped the public health domain. It’s just now starting to be applied to energy and the climate. That’s the area that I’m working actively in. I’m trying to figure out how we can learn the best practices from these different approaches and leverage those. I teach workshops on how to apply motivational interviewing to a campaign strategy — like when I worked with the Alliance for Climate Education [ACE].

Q. Had you worked with teenagers before?

A. I had not, and it was a total learning curve. I worked with them mainly on some tools and tech. Less about philosophy or theory, which is what I really like to talk about. But there’s not a lot of bandwith for that. I don’t know if that’s a generational thing. There’s such a focus on doing. The pace is really fast. I felt like I had to fit into that kind of tempo.

What I ended up doing with ACE was a distillation of why climate change is a charged issue. It’s going to bring out some challenging and hard things for people.

Q. I’m just remembering when I went vegetarian in the ’90s and my parents freaked out. It’s hard for people to take something that you do and not see it as a judgement of them.

Your actions will trigger my defenses because your actions are reminding me of what I am and am not doing. It triggers my own inner critic. What happens is we attack whoever it is or whatever is making those feelings come up.

The best way to address that is to understand what is going on, so you realize that it has nothing to do with you. And then apply some of these techniques that are well established from motivational interviewing. Or just have some compassion. Say, “I know. This is really hard. It’s a drag. It’s confusing” — whatever it is you can do to calm the nervous system down.

There are lots of ways we can be more skillful in how we navigate that. I don’t know if it’s possible to make it go away. That’s just kind of the time we’re in right now. We attack the cyclist. We attack the vegan. That person is likely to get heckling or teasing or even hostility. So the question is, how do we support people like that?

Q. When you were a teenager, learning about climate change in environmental science class, was anyone else in the class going through that same realization?

A. I didn’t talk about it with anyone. I was going to the lectures, coming out feeling completely traumatized. When I did the two-month field study in California, I was in a small group — 12 people — having a lot of conversations. Mainly we were out in the Sierras — it was called the Sierra Institute. We were removed from the normal cultural context that we were in. We were just in these wild places reading and writing and talking. It was like a laboratory. It’s hard to come out of those circumstances without being changed. That’s what set me on the path I’ve been on ever since.

Q. When it comes to talking about the climate, who do you think is doing that really well?

A. The people who come to mind are people precisely who engage in conversation with people who might have different views. I’m really interested in work of Katherine Hayhoe. Bob Inglis. The Living Room project that Joan Blades has helped get going. I don’t have direct experience there, but I have heard good things about it. Carbon Conversations is a template that we can take lessons from. ACE really stands out as being thoughtful and down to earth

Q. So, if I were going to start talking to my friends about climate change more often, how would I do that?

A. Enter into every interaction with a sense of curiosity and compassion, and not trying to persuade or change or motivate, with an objective of mutual understanding. Understanding leads to change more powerfully and quickly than any of our most well-intentioned goals. It has to do with coming from a place of inquiry, and work that happens inside of you before you have conversation. If you feel frustrated and angry about the lack of response to climate change, it’s going to act on you unconsciously. It’s going to be really hard to have a good conversation.

The most powerful thing that could happen now are mass conversations. And I think this is happening.

Which type of fence material is greenest?