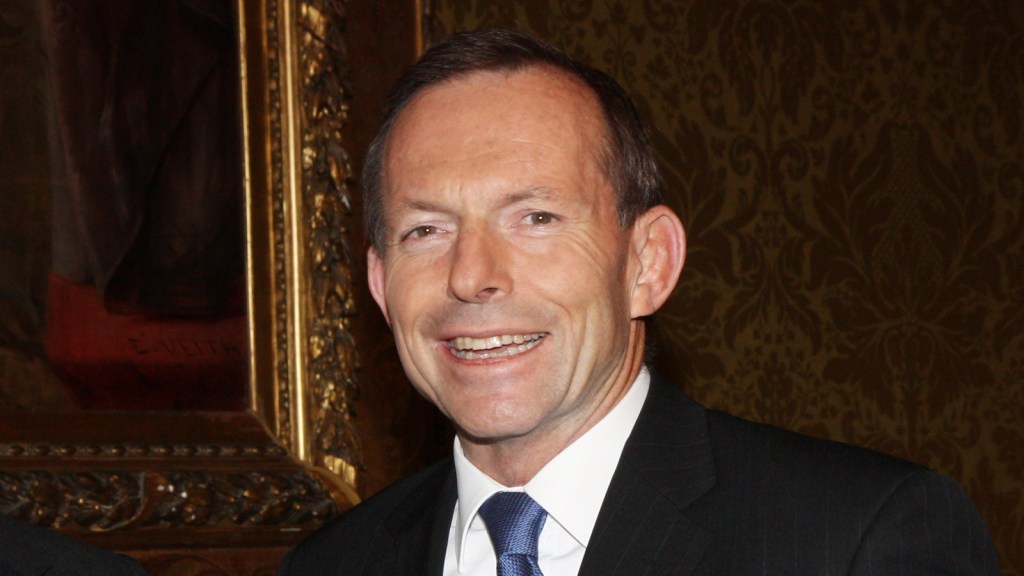 Global warming is bringing droughts, heat waves, floods, and fires to Australia. The good news for the land down under, however, is that its new prime minister, Tony Abbott, is the self-declared expert on all things climate related. And he says everything is just fine.

The Australian state of New South Wales has been enduring some of its worst bushfires in recent history, fueled by unseasonably hot and dry spring conditions. Asked by CNN about the fires and global warming, Christiana Figueres, executive secretary of the U.N. Framework Convention on Climate Change, explained that there is “absolutely” a link between climate change and wildfires in general: “the science is telling us that there are increasing heat waves in Asia, Europe, and Australia; that these will continue; that they will continue in their intensity and in their frequency.”

Abbott dismissed those comments by saying that Figueres was “talking out of her hat.” (Which might well be true, if her hat was fashioned from her résumé cataloging her many years of international climate policy work.)

When that failed to shut up the journalists who kept connecting the dots between bushfires and climate change, Abbott piled on the rhetoric, describing their coverage as “complete hogwash.”

Meanwhile, Abbott is urging Australia’s senate to pass legislation that would dump the former government’s carbon tax, saying he will replace the tax with something he has called “direct action,” in which the government would pay companies to reduce their carbon footprints. Fairfax Media asked 35 prominent university and business economists whether they thought a price on carbon or “direct action” would be more effective in reducing carbon emissions:

Internationally renowned Australian economist Justin Wolfers, of the Washington-based Brookings Institution and the University of Michigan, said he was surprised that any economists would opt for direct action, under which the government will pay for emissions cuts by businesses and farmers from a budget worth $2.88 billion over four years.

Professor Wolfers said direct action would involve more economic disruption but have a lesser environmental pay-off than an emissions trading scheme, under which big emitters must pay for their pollution.

BT Financial’s Dr Chris Caton said any economist who did not opt for emissions trading “should hand his degree back”.

In the face of this blowback, do you suppose Abbott is easing up on his misplaced self-assuredness? Surely not. Instead, he’s sticking to his favored trash-talking approach to politics. He told The Washington Post that the recently ousted Labor Party government — which introduced the carbon tax and other climate change–fighting initiatives that he’s now working to destroy — was “wacko,” “incompetent,” and “embarrassing.”