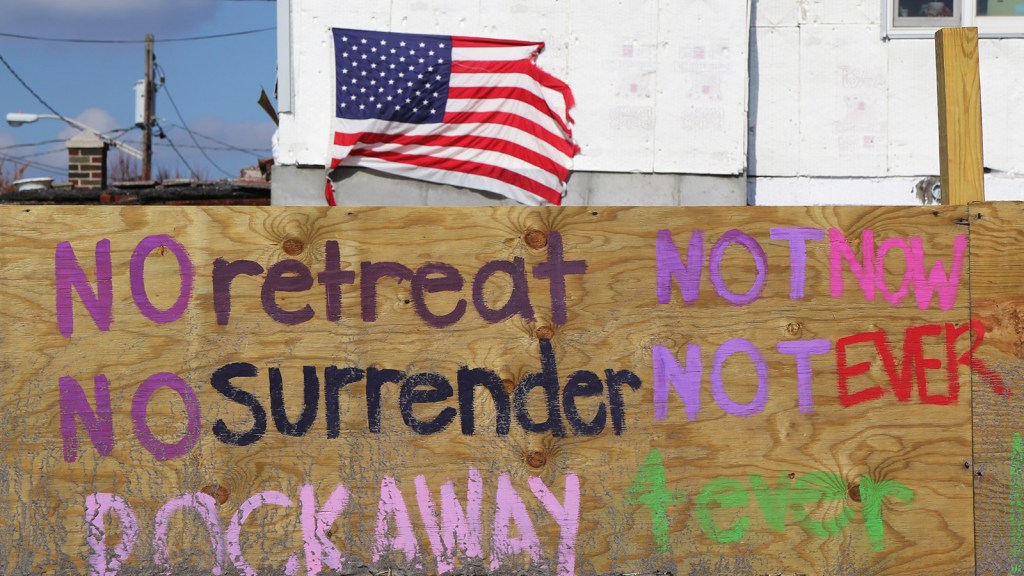 When the going gets tough, Congress gets weak in the knees. That’s the lesson we can take away from the recent fracas over reforming government-subsidized flood insurance — insurance that has encouraged people to build (and rebuild) in increasingly flood-prone areas along rivers and coasts.

In 2012, more than 400 members of the U.S. House of Representatives voted for the Biggert-Waters Flood Insurance Reform Act, sending a clear message to homeowners that if they were going to live in risky places, they would have to shoulder more of the cleanup costs when disaster inevitably struck.

This week, 306 representatives voted to roll back some of those reforms. Yesterday, the Senate voted overwhelmingly to do the same. The White House says President Obama will sign the bill.

It was a rare sign of bipartisanship and represented a triumph for angry homeowners in Florida, Louisiana, New York and other states that are experiencing sharp rate increases and powerful interests in the real estate and home building industries.

They overcame opposition from private insurers, who said they could not compete with government subsidized rates, and conservative groups who opposed the subsidies and are alarmed by the $24 billion debt the National Flood Insurance Program has accumulated. Some environmental groups also opposed gutting the 2012 reforms because, they said, it encouraged building on sensitive land.

“Sensitive land,” sure, but more importantly, Biggert-Waters was a small step toward facing the reality of climate change and sea-level rise. Americans are flocking to coastal cities even as flooding and massive storms become more frequent. A report commissioned by FEMA last year estimated that, thanks to sea-level rise and ongoing development along the coasts, the number of properties requiring coverage under the National Flood Insurance Program could more than double by 2100.

And now, thanks to congressional spinelessness, you and I will be helping to insure many of those properties for years to come. The just-passed Homeowners Flood Insurance Affordability Act rolls back a provision of the Biggert-Waters law that ended subsidies when a risky home was sold; recent homebuyers who have already paid increased premiums will get a rebate. The new bill also restores subsidies for homes built before federal flood maps were drawn, and keeps them in place for owners of homes that have recently been discovered to be in higher risk areas. (The Associated Press has a pretty good sum-up here.)

“Lawmakers sacrificed policy reforms on the altar of political expediency,” Stephen Ellis with the budget watchdog group Taxpayers for Common Sense wrote in an email. “This is going to increase cross-subsidies, keep people in harm’s way, and in the end accelerate the [National Flood Insurance] Program’s insolvency.”

The new bill doesn’t undo all of the Biggert-Waters reforms. Many homeowners will see increases in their insurance bills, just at slower rates. And subsidies will be phased out, as planned, for second homes and houses that have been swamped numerous times — like the beach house outside Boston that has been trashed by coastal storms at least nine times, according to The Boston Globe, and rebuilt, with the help of our tax dollars, each time.

So we’ll call this one step forward, a half step back. At this rate, by the time we grock the implications of the rising oceans, we’ll be knee-deep in seawater and praying to god that the feds have enough money left to swoop in and whisk us out of harm’s way.