Flood money: How Congress is botching the effort to climate-proof insurance 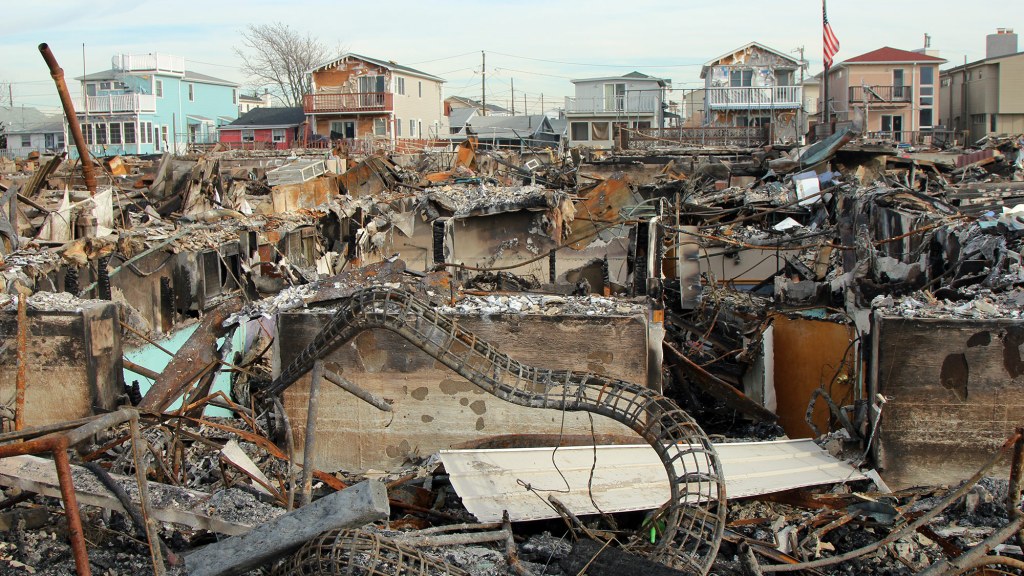 Flood money: How Congress is botching the effort to climate-proof insurance

Congress appears to be on the brink of undoing a remarkable piece of legislation that reformed the outdated and hopelessly underwater National Flood Insurance Program. It’s a pretty weird situation, as I wrote in a post earlier this week: Some of the lawmakers who championed the reforms (including the representative for whom the law is named) have become its most incensed critics.

But the irony doesn’t end there. First, the push to undo the flood-insurance reforms comes, in part, from the victims of Hurricane Sandy — a storm that revealed beyond a doubt just how broken the old system really was. And second, the reforms, while bold, were only a small first step; if coastal residents think these changes hurt, wait ’til they see what’s coming.

Let’s start with the Sandy victims. One of the more obvious results of the insurance law — it’s called the Biggert-Waters Flood Insurance Reform Act, and Congress passed it in the summer of 2012 — was that the Federal Emergency Management Agency got orders to stop subsidizing flood insurance for second homes and businesses, and for properties that had been swamped multiple times. It was a necessary move: The subsidies were encouraging people to build (and rebuild) in risky places, and Hurricane Katrina and other storms had left the program tens of billions of dollars in debt. But as a result, less than a year after being broadsided by Sandy, many residents of New Jersey and New York received notices that their flood insurance bills would be going up, in some cases dramatically.

It makes sense, really. If you get in a car wreck, your insurance company is probably going to raise your rates. But in this case, it felt like FEMA was hitting coastal residents with the rate hike while the family truckster — or in this case, the family home — was still smoldering.

And besides, that’s not the way we deal with disasters in this country. Instead, we call in FEMA and the National Guard with orders to get things “back to normal” as quickly as possible — even if they’ll just get blown to hell by the next hurricane/flood/wildfire that roars through. And rest assured that they will roar through, with greater strength and frequency than we’ve ever seen.

Which brings us to the irony of the recent proposals to undo the Biggert-Waters Act.

“If the Biggert-Waters reforms are implemented, it is definitely a step in the right direction in terms of bringing the flood insurance program up to date,” says Nancy Israel, senior manager of the insurance program at Ceres, a nonprofit that works on climate change and sustainability with large companies and investors. “But those reforms are not intended to prepare for the future — or even where we are now in terms of the effects of climate change.”

A report commissioned by FEMA last year estimated that, thanks to sea-level rise and ongoing development along the coasts, the number of coastal properties requiring coverage under the National Flood Insurance Program could increase by 60 percent by 2100, even if we pull back in some places and let the seas flow in. If we stand our ground, as former New York City Mayor Mike Bloomberg promised to do, the number of properties in the flood zone could more than double. The flood insurance program is already on the hook for $1.5 trillion in vulnerable homes and businesses.

“The Biggert-Waters Act was a chance to reset incentives, to stop digging ourselves into a deeper hole,” says Rachel Cleetus, senior climate economist with the Union of Concerned Scientists. But there is much more that needs to be done, she says, if we’re going to address the triple threat of rising seas, ever-stronger storms, and growing populations along our coasts.

In a report released last August titled “Overwhelming Risk: Rethinking Flood Insurance in a World of Rising Seas,” Cleetus proposed a number of steps that could be taken to put the insurance program on solid footing. In addition to phasing out subsidies and discouraging new building in flood-prone areas, Cleetus suggests that state insurance regulators require that prospective homebuyers receive maps showing if a house is in a flood zone. (It’s amazing that this isn’t required already.) Homeowners in risky areas should be required to carry flood insurance. (You already are, if you have a federally insured mortgage, but the rule is not enforced, and many homeowners let their policies lapse.) And when disaster does strike, federal and state rebuilding funds should be directed toward making areas more climate resilient, not just the same as they looked before the storm. In some cases, that may mean giving people incentives to move to higher ground — what coastal researchers call “managed retreat.”

For now, however, Congress seems hard pressed to see beyond the latest p.r. debacle. A provision in a House spending bill would delay some parts of the Biggert-Waters Act for at least a year, and seems to have wide support in the Senate. Other proposals would delay rate hikes five years or more, a move that the law’s supporters fear would derail reform efforts altogether.

In an effort to save the reforms, and take a little pressure off of Sandy victims and people of low or fixed income, Cleetus and others are suggesting some quick fixes to the law. In a blog post published Thursday, Cleetus suggested raising insurance deductibles in exchange for reducing premiums, and better policing of private companies that charge exorbitant rates for issuing government insurance policies, among other things. She also supports providing vouchers or rebates for low- and fixed-income residents who cannot afford rising insurance bills.

“For no fault of their own, people are living in places that are not very safe. We have to do something to help these people,” Cleetus says. “This is very hard. There’s the economic theory and the climate science, and then there is this very real human dimension. I hope Congress can find a sensible middle ground.”

If Congress fails, and tosses insurance reform completely overboard, it will only create more problems down the road, Israel says, as people continue to build and rebuild in risky places, while the insurance program falls ever deeper into debt.

And flood insurance is just one piece of it. In 2012 alone, extreme weather events caused $110 billion in economic losses — more than $300 for every American — according to a report Israel authored for Ceres last year called “Inaction on climate change: The cost to the taxpayers.” In addition to the billions that U.S. taxpayers doled out to cover disaster relief and flood insurance following Superstorm Sandy, we also paid $17 billion to cover federal crop insurance as a result of severe drought. Wildfire costs, meanwhile, have tripled since the 1990s.

“The political backlash against these reforms — it doesn’t change the fact that the risk exists,” Israel says. “The human costs, and the economic costs, will only get worse.”