Oil-train info does not need to be secret, feds say 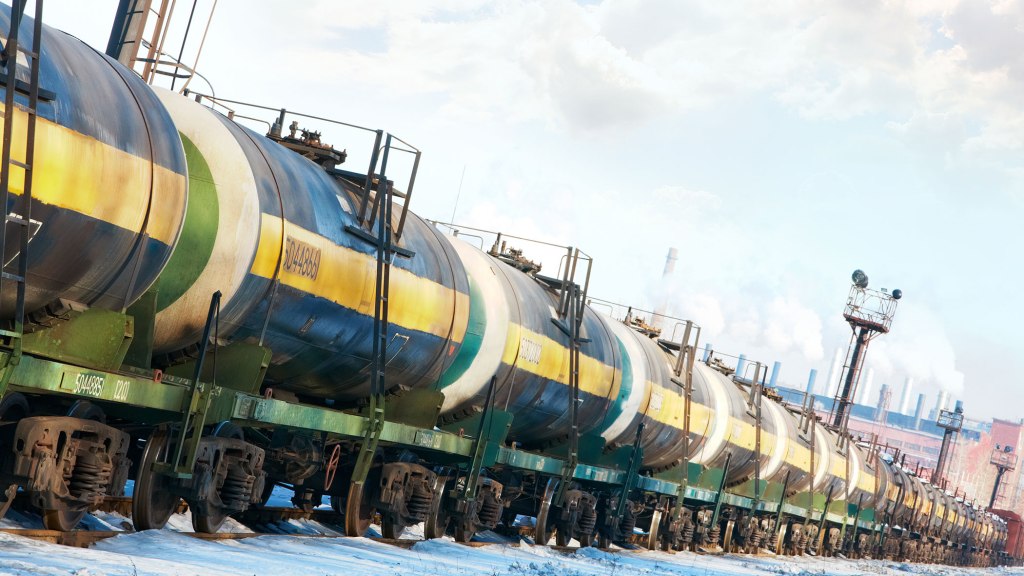 This is what an oil train looks like before it goes off the rails and blows up. Pressmaster
Climate & Energy

Oil-train info does not need to be secret, feds say

Public release of details about oil-train routes and shipments does not pose a serious security risk, the federal government said yesterday.

Earlier this month, I wrote about how the Department of Transportation issued an emergency order requiring railroads to tell states about shipments within their borders of the more-explosive-than-usual Bakken crude, so that those states and relevant municipalities could prepare for the Lac-Mégantic-sized explosions that might be lying in store for them.

Railroads said, “Yeah, sure,” and then turned around and drew up non-disclosure agreements (NDAs) for every state they were routing oil through. By the conditions of the NDAs, the states could only use the crude shipment information for disaster planning and response. Any other disclosure and it was lawsuit time.

At that point, the drama shifted to which states would sign, and if any other state would manage to be as cool as Wisconsin, which not only refused to sign but said that communities had the right to know if potentially explosive trains were traveling through them.

The argument that railroads have held out against making this information public is terrorists. If regular people know that Bakken crude is moving through their communities, so would those who hate America and freedom.

But terrorists tend to do their thing in crowded places because they’re seeking attention, and no one has yet tried to keep shopping malls, marathons, or Times Square secret. And if terrorists did want to attack an oil train, they could easily hang out with binoculars watching tracks to see what kinds of shipments are coming through. Meanwhile, trains of Bakken crude have been doing a great job of exploding on their own without any help beyond that of people who don’t know how to apply locomotive brakes properly.

Which is why it’s good news that the Federal Railroad Administration stepped in yesterday and clarified. Oil-by-rail routes for Bakken shale are not sensitive information that needs to be kept from the public for security reasons. If states want to sign an NDA with a railroad to protect that railroad’s business, that’s one thing, but national security is no excuse.

This might seem a little wishy-washy, as federal statements go, but it appears to be working. When the railroad BNSF was asked by the Associated Press whether it was still threatening to sue the state of Montana if it released route information to the public, the company said no.