Will the financial world wake up to clean energy thanks to Paris? 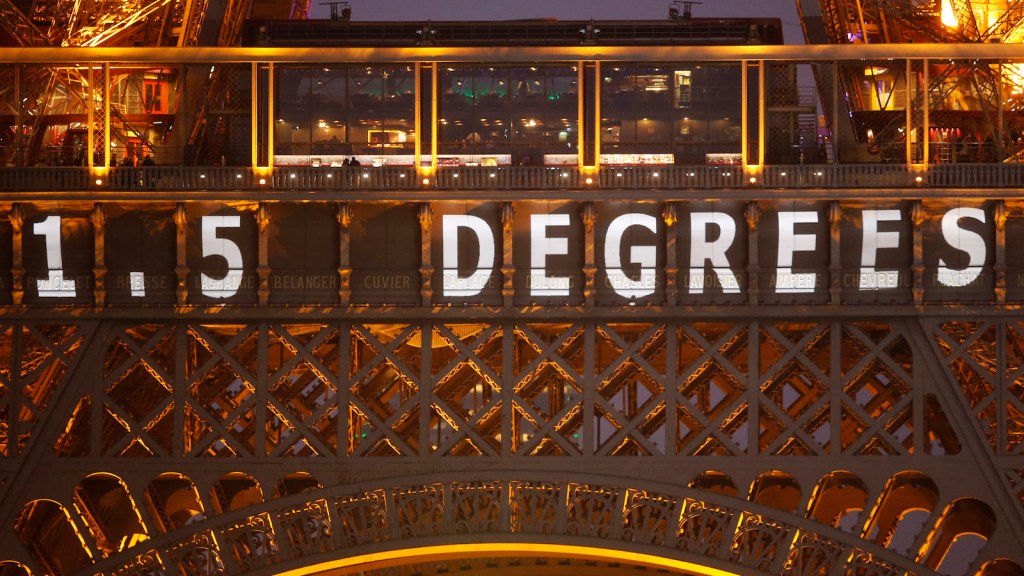 The slogan "1.5 Degrees" is projected on the Eiffel Tower. Reuters/Charles Platiau
The Paris climate talks

Will the financial world wake up to clean energy thanks to Paris?

Feel free to oscillate between hope and cynicism (I always do). But here’s another way to look at the accord: The agreement has huge implications for technology and the direction that research goes in the future.

For example: I’ve written before about how a whole lot of venture capital goes into developing apps and other software relative to — say — building a better mousetrap. This is not necessarily because apps and software are tried and true moneymakers (jury’s still out on whether a lot of even the most successful tech companies of the moment are going to turn a profit), but because venture capitalists are convinced that these companies — at least some of them — are the future.

Sure, things could happen to make that future much less certain. If the practice of harvesting personal information like location data from cellphone apps and selling it to advertisers became illegal or required getting explicit consent from the person generating the data, there would be a bloodbath in Silicon Valley. Ditto if drivers using “gig” economy apps like Uber and Lyft were suddenly reclassified as employees, or if people renting out apartments on Airbnb had to deal with the same regulatory oversight that hotels do. These things could happen. But they are unlikely enough that they’re not scaring potential investors away.

In the early 1900s, crude oil was so cheap and abundant that it kicked technologies like personal automobiles (which until that point had been electric, and therefore limited in range) into overdrive. Today, oil has become an expensive business. Most of the countries that signed on to the Paris agreement — and the energy companies that operate in said countries — have sunk a lot of money into finding, extracting, and protecting access to fossil fuels.

Over the years, the oil business has maintained its profitability through relaxed environmental regulations, friendly politicians, tax breaks, and yes, some at-times impressive technological R&D when it came to getting oil out of marginal oil fields. More than that, though, the fossil-fuel industry depends on an economy that believes in its future. It needs to be the kind of business that, no matter how crazy the world gets, has a reliable financial future.

Right now, that story is breaking down. This isn’t the first time this has happened. But 2015 is the first time since the oil crisis of 1973 that the world has found itself in a full-on Naked Lunch — that frozen moment when everyone sees what is on the end of every fork.

What makes this especially interesting is that we’re living in almost the exact opposite of 1973. Back then, the Organization of the Petroleum Exporting Countries (OPEC) decided to collectively raise oil prices and cut output. This time around, beginning in 2014, OPEC lowered prices and flooded the market with cheap oil — partly as a way of kneecapping the shale oil boom in the United States and Canada. In summer 2014, crude was selling for $110 a barrel. A few months later it had fallen to $65. Those index funds that had divested from oil stocks out of idealism found themselves on the right side of the market.

And the price has kept falling — it’s now down to about $36. OPEC members can’t reach an agreement on price with one another, and Russia and Saudi Arabia are using oil prices to fight a proxy war over Syria, each daring the other to see how long they can keep oil prices from rising. This was not the future that reports like those produced by Carbon Tracker laid out — one where tightening environmental regulations made fossil fuels a bad long-term investment. But it was, arguably, enough to make a lot of other countries pissed off enough to reject Saudi Arabia’s attempts to weaken the Paris Agreement.

Right now, the accord is a collectively developed figment. Like Tinkerbell, it becomes more real the more that people pay attention to it. The collapse in oil prices has dampened the growth of the renewable energy sector — but it has also made the ups and downs in the solar industry look gentle in comparison. One day, TransCanada and Enbridge might thank their lucky stars that they didn’t get the chance to build the Keystone XL pipeline.

This Paris Agreement has given the world a comprehensive, collectively agreed-on story of what the future is going to look like. Now we just have to go out there and live it.