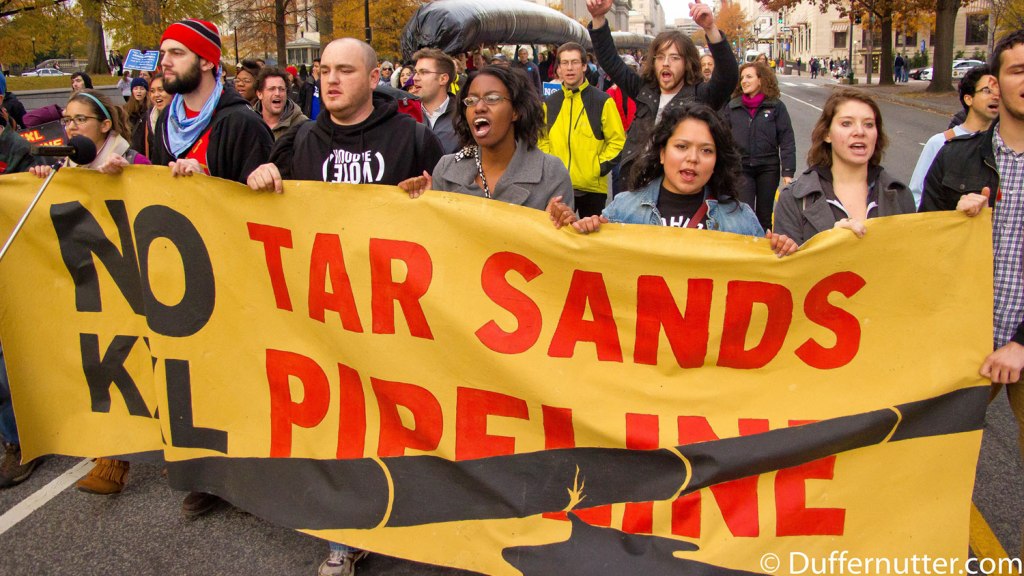 Josh Green is a smart guy and a great writer, but I think he’s being uncharacteristically dense in his latest column — he’s got the same blind spot on this issue that his friend Jonathan Chait has.

The column argues that, whichever side wins or loses, the fight over the Keystone XL pipeline has become almost entirely pointless. It’s pointless for the right because, contrary to their rhetoric, it won’t create all that many jobs, reduce the price of gasoline, or boost the economy in any measurable way. It’s pointless for the left because, contrary to their rhetoric, it won’t substantially constrain the amount of oil coming into the U.S. from Canada. Imports hit a high this year and may double next year. Tar sands production is still growing. Whichever side wins, it’s a hollow victory.

Au contraire. We can argue forever about whether Keystone was the right fight for the nascent climate movement to pick. I think Green, like Chait and so many others, is applying wonk logic to an activist problem — the best battles are not necessarily those with the highest substantive stakes, objectively measured. The best political fights are fights that build power, intensity, and funding, that leave activists better off than when they started, no matter how the fight is decided.

Regardless. Whether or not Keystone was the best fight, it’s now the fight. It’s a battle in an ongoing culture war that’s been waged in this country for decades.

I don’t think anyone on the right really believes KXL is going to have some miraculous economic effect. They just know that it’s fossil fuels, it’s energy, it’s jobs, it’s America, and it’s being blocked by a bunch of limp-wristed hippies who want us all to live in the Stone Age.

That’s been their script for years, as environmental protection has become more and more polarized. It’s the same script every time.

This is the first time since cap-and-trade that the movement defined a clear fight specifically about climate. They picked something Obama could block and then set out making the case that he should block it. It was something that could could have passed without a blink from anyone, and they charged it with meaning. They marched, protested, organized, wrote, and marched some more. They got big money to enter political races behind the issue. They got key allies to speak out against it. They’ve managed to delay and delay it. They even got Obama to say that he’ll reject it if it has any impact on greenhouse gases. (Imagine that standard applied to all future infrastructure projects!)

All along, at every stage, Very Serious People were absolutely sure that the pipeline was about to be approved. The economy was hurting, the Tea Party had everyone terrified, and the public was mostly pro-pipeline. The hippies just don’t win those kinds of fights. Obama would “trade” Keystone to show that he’s reasonable, that he can compromise, that he’s willing to move to the right to meet in the middle. That’s the script.

So if Keystone is blocked — and that’s still a big if — it will upend conventional wisdom. It will show that people can mobilize around climate with the numbers, intensity, and money necessary to pull the Democratic Party their way. It will show that there’s life in the climate movement.

In the process of fighting, that movement has grown exponentially. It has forged alliances with other groups, made connections from politicians to the grassroots, and created an enormous amount of social capital. It is now larger, more coherent, and more activated than it was before the Keystone battle.

In sum: The climate movement picked a fight, trained, bulked up, kept at it, and now looks like it’s going to win. That gives it more power, and power is never pointless.