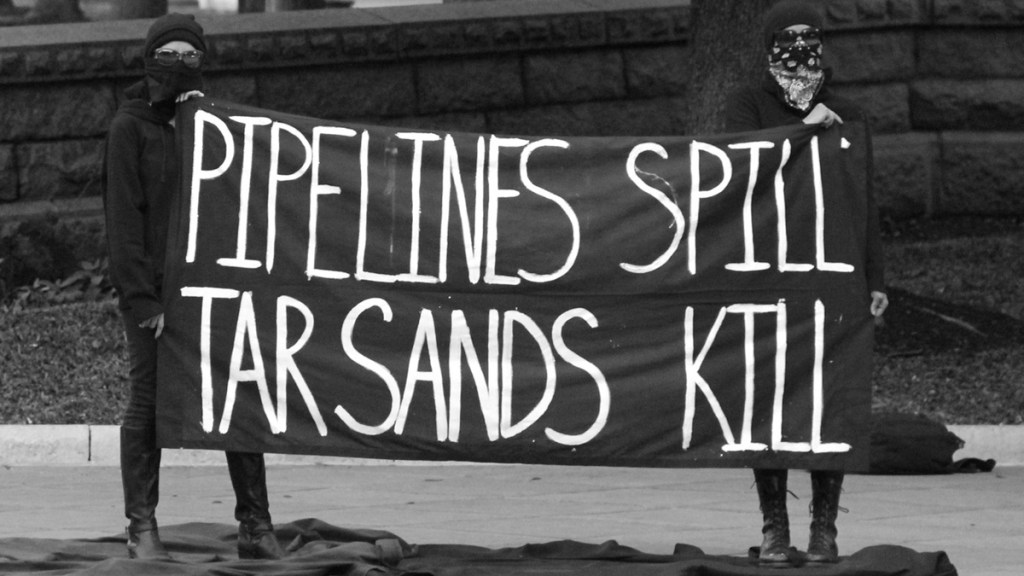 The company has been battling for years to win the State Department’s blessing to build the Keystone XL pipeline over the Canadian border to help export tar-sands oil to American refineries. Meanwhile, it has been building the southern leg of that same pipeline from Oklahoma to Texas.

On Saturday, the company started filling that southern leg with the sticky, polluting, climate-changing fuel that it will carry cross-country to the Texan refineries — crude oil.

The achievement, which followed a problem–plagued and deeply unpopular construction effort, was so momentous for the company that it noted the very minute of the event in its press materials: 10:04 a.m. Central Time.

The pipeline owner will need to fill the newly constructed line before it can begin delivering oil to refineries along the Gulf Coast, including those in Houston. TransCanada plans to fill the new pipeline system with about 3 million barrels of oil in the coming weeks, the company said. …

Although TransCanada is still waiting for approval to construct the northern leg of the Keystone XL pipeline, which would connect with oil sands fields in Canada, the company has completed the $2.3 billion southern leg.

The line will be capable of bringing up to 700,000 barrels per day of oil to the Gulf Coast, providing more supplies of crude to refineries.

Still, it’ll be a few weeks before that oil actually gets to refineries. From Bloomberg:

The Calgary-based pipeline company estimates it will begin taking receipts and delivering oil in mid- to late January, a bulletin to shippers shows. …

“There are many moving parts to this process — completion of construction, testing, regulatory approvals, line fill and then the transition to operations,” [said a TransCanada spokesperson].

Let’s hope none of those moving parts include bits of the pipeline bursting out after a rupture. TransCanada already dug up and replaced many faulty sections of the pipeline, and anti-Keystone activists charge that the pipeline still contains numerous holes and flaws.