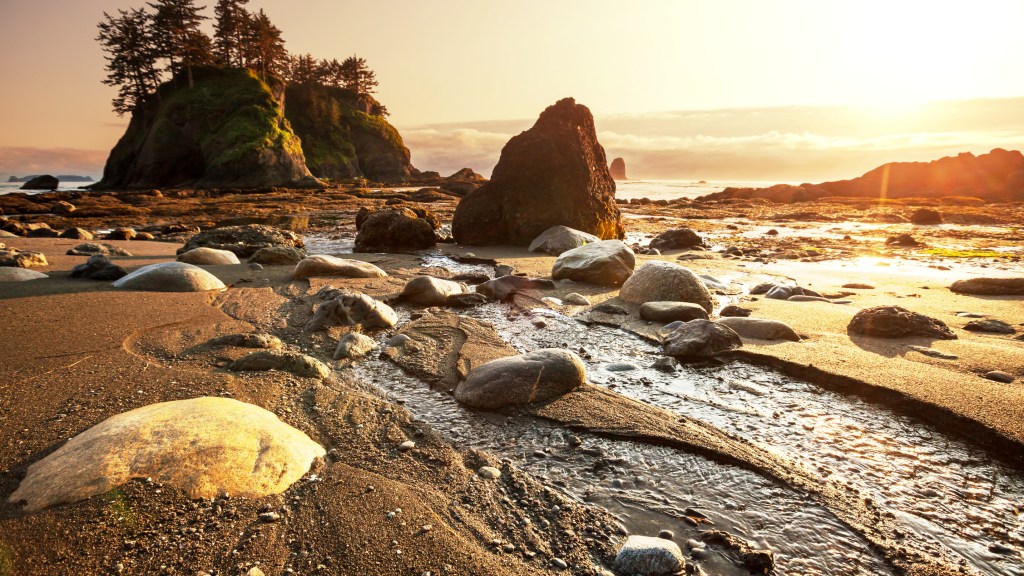 If you’re anything like me, the thought of a National Park Service-commissioned film called Tides Of Change makes you wanna take a nap. But you’ll be pleasantly surprised: It’s actually a beautifully shot, info-stuffed little production that follows park ecologist Steve Fradkin as he monitors climate change impacts up and down Olympic National Park’s wild-as-wind coast.

It even has a rad soundtrack courtesy of Junip, acousti-star Jose Gonzalez’s full-band side project. You can watch the whole not-quite-14-minute film here:

The film does a great job of  capturing the park’s signature coastal features: tidepools choked with Skittle-colored invertebrates, giant trees wreathed in fog, seastacks crumbling into the sea — y’know, grade-A nature porn. But it does a rarer thing in humanizing climate scientist Fradkin. Sure, we see him dipping mechanical doo-dads into waves and measuring out biodiversity plotting grids — but we also spend time at his house where he hosts an intertidal research crew party thick with grilled salmon, cocktails, and plenty of kids and dogs running around. (If you haven’t ever wanted to be a medium-chill ecologist before: 1) What is wrong with you? 2) Now you will.)

It helps that Fradkin can seesaw between talking about the macro and micro of climate change with ease, simplicity, and eloquence. Whether jawing about mussel beds declining with increased temperature and acidifcation, or explaining how proof of climate change gets measured, he sounds like a homie chatting with you over a beer (in a sweet khaki-and-green NPS uniform). He’s a new breed of climate communicator — one we need more of.

But what struck me most was his ability to cut through the inevitable climapocalypse doom with some no-nonsense hope and reality:

We have been put along a certain path, a certain trajectory with climate change. But that doesn’t mean we should throw up our hands and say, “All is lost, enjoy the ride, and keep doing what we’re doing.” I think we can ameliorate some of the long-term effects by moderating some of our behaviors. As a society and as a species, we have the obligation to think that far ahead.

At the end of the day, I want to enjoy life. I enjoy good food, I enjoy good drink, I enjoy good places and good people. And if I can do some good while I’m here, that is icing on the cake.