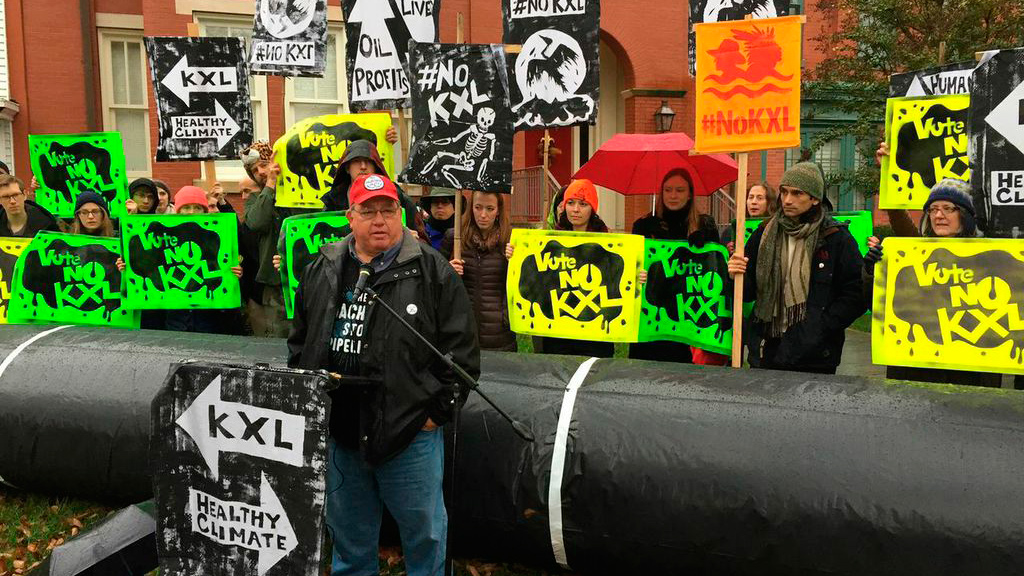 A day before the Senate is expected to vote to approve the Keystone XL oil pipeline, Bloomberg hits us with the (not shocking) news that the oil industry doesn’t need the much-fought-over pipeline anyway.

Turns out, the industry wasn’t holding its breath in expectation of a quick Keystone approval in the first place. Instead, Big Oil went to work finding other ways to get its product to market: According to Canadian analyst Patrick Kenny, railroads will soon be capable of transporting around 700,000 barrels of Alberta tar sands per day (a scary thought), and the industry is planning new and expanded pipelines to carry far more of the goop than the 830,000 barrels-per-day Keystone is designed to handle.

But the fight over Keystone is about more than just oil. Ever since James Hansen, then of NASA, wrote that building the tar-sands pipeline would be “essentially game over” for the stable climate, the (debatable) factuality of that statement ceased to matter. The issue became fiercely political: It was climate activists versus Big Oil.

And while some have questioned the wisdom of that fight, there are many good reasons beyond climate change to fight against the planned pipeline: Last week, the Rosebud Sioux Tribe of South Dakota announced that authorizing the pipeline would be tantamount to an act of war.

Perhaps most importantly, the Keystone XL fight has built a climate movement where there was previously none. And symbolic or otherwise, the people in that movement want to win this one.

Clearly, Keystone’s supporters are thinking the same way: The U.S. energy industry doesn’t need Keystone so much anymore, and early claims of prodigious job creation have proven completely inaccurate — yet Republicans remain committed to ramming the project down Americans’ throats.

The good news for climate hawks is that President Obama has hinted that even if the Senate approves the pipeline, he will veto it. A veto would provide further proof that he is committed to the climate, while sending the oil-stained GOP a clear message that it is on the wrong side of this debate — and the wrong side of history.