Why Tom Steyer is not a hypocrite 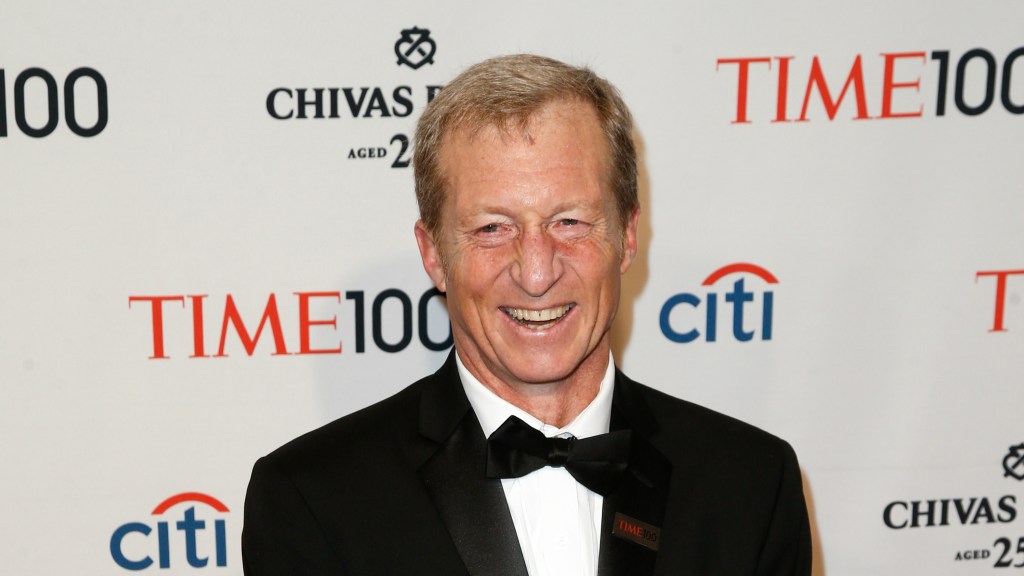 Why Tom Steyer is not a hypocrite

Here’s a clue for newspaper reporters: If the loudest people criticizing an environmental activist for not being pure enough are fossil fuel–loving Republicans, that’s a sign it’s not a legitimate criticism.

Consider, for example, The New York Times’ takedown of Tom Steyer from Saturday. The Times solemnly informs us that when Steyer ran the Farallon Capital hedge fund, it invested in fossil fuels, including substantial investments in building coal-burning facilities abroad. Steyer resigned from Farallon in 2012, founded NextGen Climate to support activism on climate change in 2013, and just recently completed his personal divestment from fossil fuels. But, the Times reports, some of those coal plants built partly with Steyer’s former firm’s money will keep spewing CO2 for decades. The Times writes:

Over the past 15 years, Mr. Steyer’s fund, Farallon Capital Management, has pumped hundreds of millions of dollars into companies that operate coal mines and coal-fired power plants from Indonesia to China, records and interviews show. The expected life span of those facilities, some of which may run through 2030, could cloud Mr. Steyer’s image as an environmental savior and the credibility of his clean-energy message, which has won him access to the highest levels of American government.

Note the passive construction: Farallon’s past investments “could cloud Mr. Steyer’s image,” the Times notes, as if it weren’t the Times itself doing the clouding. But cloud it among whom? The article admits that several leading environmentalists don’t hold Steyer’s past work against him. Bill McKibben, founder of 350.org and Grist board member, points out that seeing the error of one’s ways and divesting is exactly what they want capitalists to do. You can’t say that only people who have never participated in the dirty energy economy can help clean up the environment. If you did, you couldn’t work with any energy utilities on greening their portfolios, or raise money from any hedge-fund multimillionaires.

Republican politicians and conservative bloggers are predictably eager to exploit Farallon’s past investments to discredit Steyer and his cause. Powerline, a rightwing blog, has for months been accusing Steyer of “epic hypocrisy.”

Now, see if you can guess who said the following about Steyer’s investments: “You can’t claim you are a great environmentalist and invest in the very same technologies you are railing against.” A liberal Democrat? An environmental activist?

Try Rep. Cory Gardner (R-Colo.), who is running against Sen. Mark Udall (D-Colo.). Gardner is mad at Steyer because Steyer is going to spend millions on Udall’s behalf.

If Gardner were challenging Udall from the left, his criticism would still be nonsensical, but at least there would be an internal consistency in trying to be more pro-environment than Udall. Gardner, however, is a staunch conservative with a rabidly anti-environment record. By his own implicit admission in the quote, he is not himself “a great environmentalist,” since he unabashedly loves the very fossil fuels he attacks Steyer for having once invested in. So what is Gardner’s point? If voters care about the environment, they should vote for Gardner? No, obviously not. There is no coherent logic to Gardner’s criticisms. The most generous interpretation would be that Gardner is making a characterological critique: that Steyer did not once practice what he now preaches, and therefore anything he ever does in the future is suspect, and by extension so is any candidate he supports. This reasoning is so obviously strained and inconsistent — would Gardner argue that George W. Bush couldn’t oppose drunk driving since he’d once been arrested for it? that he couldn’t be president because of it? — that it discredits Gardner rather than Steyer.

Gardner, and Steyer’s other critics, are also wrong on the merits. You can, in fact, be a good environmentalist and have invested in fossil fuels.

Only a fool would think we can stop climate change by hoping that capitalists refuse to invest in fossil fuel projects while they are still profitable. What we need, as Steyer would tell you, is a price on climate pollution to reflect its social cost. Such a price will change the calculus for profit-seeking investors, incentivizing them to invest more in clean energy and less in dirty energy. No individual hedge fund’s behavior is going to shut off the flow of all capital to coal plants. But if a hedge-fund manager invests millions in electing a pro-environment president and Congress, he might help. This logic is why the companies most concerned about climate change are shifting from focusing on their own emissions to trying to effect public policy.

Only economy-wide solutions like a carbon tax or cap-and-trade system will ensure the greenhouse gas emission cuts we need. Steyer and the environmental movement know that. Republicans and conservatives scoring cheap political points don’t care about it, but The New York Times should.