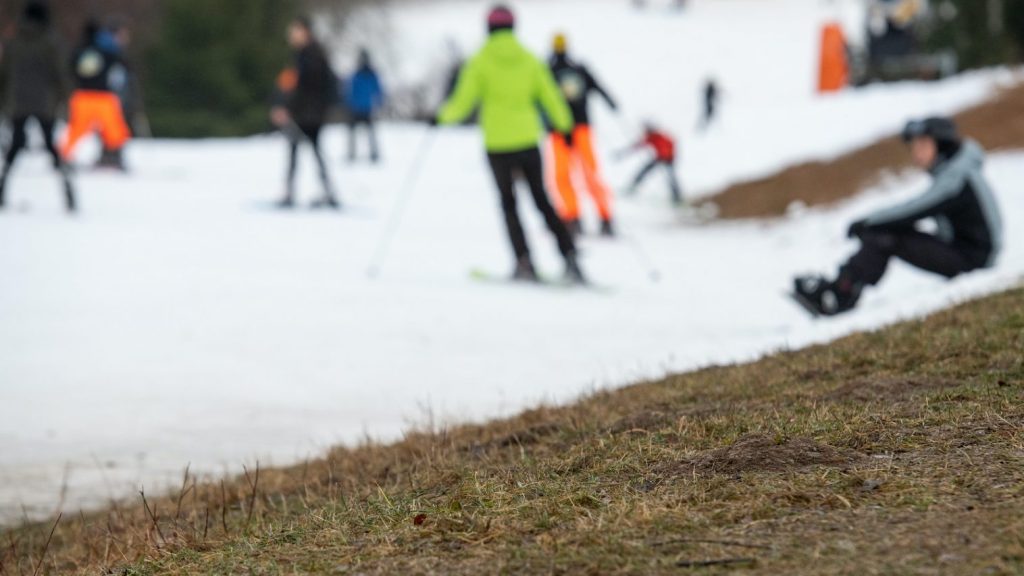 Skiers on artificial snow in North Rhine-Westphalia, Winterberg (Photo by Caroline Seidel/Getty Images)
up in smoke

If you found last month unusually balmy for the middle of winter, you’re not alone. According to the Copernicus Climate Change Service, January was the hottest one of its kind on record, squeaking past the previous record holder, January 2016.

Temperature records have become a fixture of 21st-century life under climate change. Last year, June and September all broke records for global temperature, and July took claimed the hottest month ever recorded. And of course, the last five years have ranked among the hottest years in history.

In some ways, these records seem trivial: After all, last month was just 0.03 degrees Celsius (0.054 degrees Fahrenheit) warmer than January 2016. But averages have a way of belying the intensity of temperature changes. Nobody experiences the “global average” increasing temperature; instead, you feel particular anomalies depending on where you live.

Last month, the most extreme temperatures were felt in parts of Northern Europe and Russia, where temperatures were up to 6 degrees Celsius (11 degrees Fahrenheit) above average. Some Scandinavian cities were without snowfall in January for the first time ever; Helsinki, Finland, had less snow than Washington, D.C.

The record warmth threatens livelihoods and pastimes. Skiing areas in Norway and Sweden have been forced to bring in artificial snow to compensate. Meanwhile, in Australia, record-high temperatures and severe drought combined to devastate local wildlife and destroy thousands of homes. Some fires are still burning.

The sobering thing is that these heat records, and even extreme weather events, may soon become so regular that they no longer grab your attention. The steady drumbeats of higher temperatures become background noise, as passing or matching a record every other month becomes the new normal. That’s the problem with broken records: We’re always breaking them.