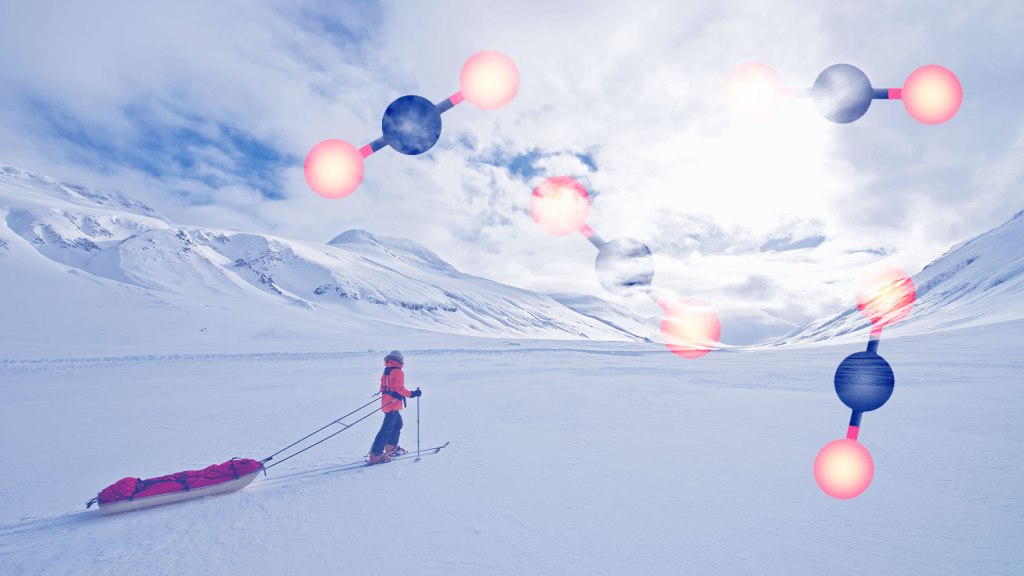 How to collect climate data during coronavirus? Strap on your skis.

The COVID-19 pandemic is taking a toll on science. Laboratories are shuttered, major field campaigns are suspended, and scientists who traveled to remote parts of the globe to conduct research are struggling to return to a world in lockdown. But some research has kept going through it all, including a National Oceanic and Atmospheric Administration–led effort to keep tabs on the amount of carbon dioxide in Earth’s atmosphere.

NOAA’s Global Greenhouse Gas Reference Network might not be a household name, but the agency considers its activities as essential as the work of NOAA’s National Weather Service forecasters. As a result, this global network of staffed observatories, mountain stations, and remote sampling sites that collect and record atmospheric concentrations of key greenhouse gases including CO2, methane, and nitrous oxide, is up and running despite the pandemic. The reason is simple: If this network were to go down even for a few weeks, one of our best sources of intel on how humans are altering the atmosphere would disappear, disrupting records that have been going strong for decades. The disruption would be very poorly timed.

“It has the best lens on trends in our atmospheric makeup,” University of Colorado Boulder research scientist Bruce Vaughn said of NOAA’s greenhouse gas network. “Enter the pandemic, which creates this enormous, widespread reduction in fossil fuel emissions globally. I don’t think we could have designed a better experiment for our atmosphere.”

The greenhouse gas network has a few different core components, including four “baseline” observatories (at Mauna Loa, Hawaii; Barrow, Alaska; American Samoa; and the South Pole), which have been continually monitoring the atmosphere’s carbon dioxide concentration since the 1970s, as well as nine tower and mountain sites across North America that have been collecting similar data since the 1990s. In addition, NOAA coordinates a remote flask collection network that currently consists of 55 locations around the world where local researchers or volunteers collect air samples in bottles every week that are shipped to a federal lab in Boulder, Colorado, for analysis.

Data from the network and its partner stations is behind some of climate science’s greatest hits, including the Mauna Loa observatory’s long-running CO2 measurements, which alerted the world that Earth’s atmosphere breached the ominous 400 parts per million threshold in 2013 and that it’s been logging new CO2 records ever since. In addition to carbon accounting, the network allows scientists to see what fraction of our CO2 emissions are being absorbed by the oceans and land and to look for evidence of dangerous tipping points in the climate system, like a hypothetical but oft-discussed massive pulse of methane from thawing Arctic permafrost.

For the past several weeks, NOAA has scrambled to keep this vital climate monitoring work afloat amidst global travel restrictions and stay-at-home orders. So far, it has been largely successful — although parts of the network are feeling the strain.

For now, all four permanent observatories are still up and running, as are those nine mountain sites, according to greenhouse gas monitoring network lead Arlyn Andrews. At the utterly isolated South Pole Observatory, it’s business as usual. But the observatories at Mauna Loa and Barrow are limiting the number of people on site at once, with just two staff going up to the Hawaiian observatory every day and a lone technician running the show in Alaska. Meanwhile, the American Samoa Observatory’s lone NOAA scientist is continuing to collect data for now, but NOAA is monitoring this station closely in case the situation on the Pacific island where the observatory is located changes. “That’s the one most likely to go down,” Andrews said.

The U.S. territory is currently operating under Code Blue restrictions, meaning public gatherings are suspended and government departments are operating at 50 percent staffing levels. If COVID-19 starts to spread widely, the territory could enact far stricter containment measures, including suspending all passenger air and sea travel and most government operations. NOAA spokesperson Theo Stein said that the Coast Guard has a C-130 plane available to evacuate several of its staff from the island if necessary, and that this plane could be used to evacuate the climate scientist, too.

The flask network has experienced different challenges. As of last week, four of the 55 sites — in Guam, Barbados, New Zealand, and an Oklahoma facility operated by the Department of Energy — were unable to sample due to local stay-at-home orders. At other sites, including several remote island locations, researchers are still collecting air samples but are finding it impossible to ship them back to Colorado for analysis. If these samples sit around for too long, the chemistry of the air inside them could start to change, something NOAA scientists will have to correct for, Andrews said.

Meanwhile, the Boulder-based Global Monitoring Laboratory where samples from around the world are processed is currently staffed by a skeleton crew. Just eight of the roughly 100 scientists and support staff who work there are still showing up, Andrews said, and all of them are adhering to strict social distancing and hygiene protocols. Other NOAA employees have been performing “normal work duties” with as much teleworking as possible, according to Stein.

“It’s been a little eerie for those who are there,” said Vaughn, whose CU Boulder lab partners with NOAA to analyze carbon and oxygen isotopes in the flask network samples. It has been granted special permission from the university to continue working on a staggered shift schedule that limits contact among lab members.

Those doing the actual sample collection have also had to adjust to the new world of social distancing. Jen Morse is a climate technician at CU Boulder’s Mountain Research Station, and it’s her job to go up to Niwot Ridge every week, collect air samples at 11,500 feet, and pass them off to NOAA for analysis in order to continue the site’s climate record, which dates back to the 1960s. At this time of year, Morse and her fieldwork partner would normally drive up to the shack where they collect samples in a snowcat. But because it’s impossible to social distance inside one of these small, enclosed vehicles, for the past few weeks they’ve been cross-country skiing 4.5 miles to the sample site with their gear in tow, and working apart once they arrive.

Morse doesn’t mind the extra exercise, although she said everything does feel “a bit more stressful” right now.

“I have an underlying tone of anxiety with everything which I think is just how it is right now,” Morse said. “But there’s also increased camaraderie between those of us who are still working.”

All of the extra stress and effort involved in working through the pandemic will pay off if NOAA is able to collect high-quality atmospheric data over the next few months. For weeks, climate scientists have been discussing the massive slowdown in global carbon emissions as billions of people stay home to slow the coronavirus’s spread. A recent analysis by Carbon Brief found that carbon emissions are now on track to fall 5.5 percent this year, which would be the largest annual emissions drop in history.

The signal of this carbon slowdown hasn’t shown up at NOAA’s baseline observatories yet, and scientists don’t expect it will for another few months at least. For context, Andrews said it would take four to six months for a hypothetical Northern Hemisphere-wide emissions dip of around 30 percent to show up in these records; a smaller drop could take even longer to become visible and would be more difficult to distinguish from the yearly variability associated with carbon-absorbing plants and with soils, which can absorb or release carbon. Andrews said NOAA is keeping a close eye on its Mauna Loa climate record, which is the first place scientists think a global emissions dip might be visible.

“We’re definitely going to be looking, I just think it’s going to take a while,” she said.

Finding such a signal could turn this strange era into a teaching tool, Vaughn said. Although everyone agrees a pandemic is a terrible way to reduce emissions, the last few months of lockdowns may offer a real-world demonstration of what would happen to the atmosphere if humanity took aggressive action to fight climate change.

“If you believe there’s any hope in saving the Earth by trying to understand it, this is critical,” Vaughn said. 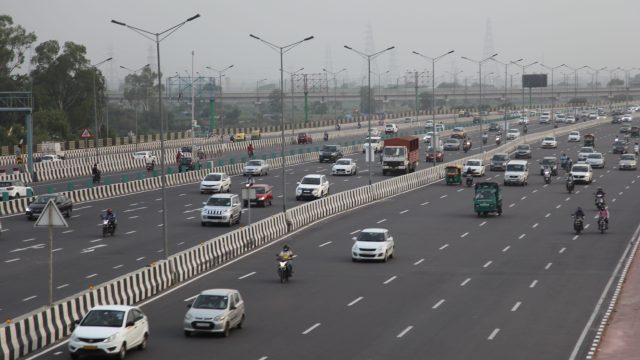 We'd need a yearly quarantine to get emissions down enough to limit global warming. 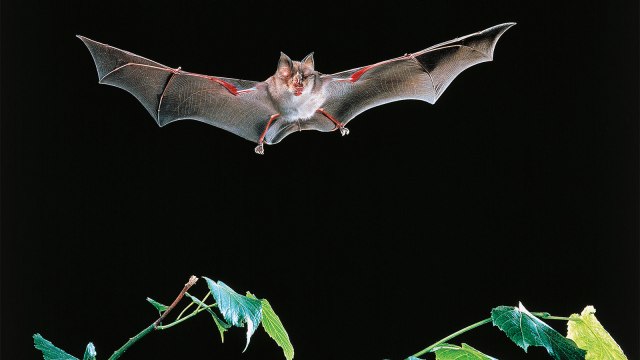 save a pangolin, save the world

It would cost a fraction of the $9 trillion governments have spent on COVID-19.
See all articles in this series