This makeup ingredient could destroy 99% of 'forever chemicals' 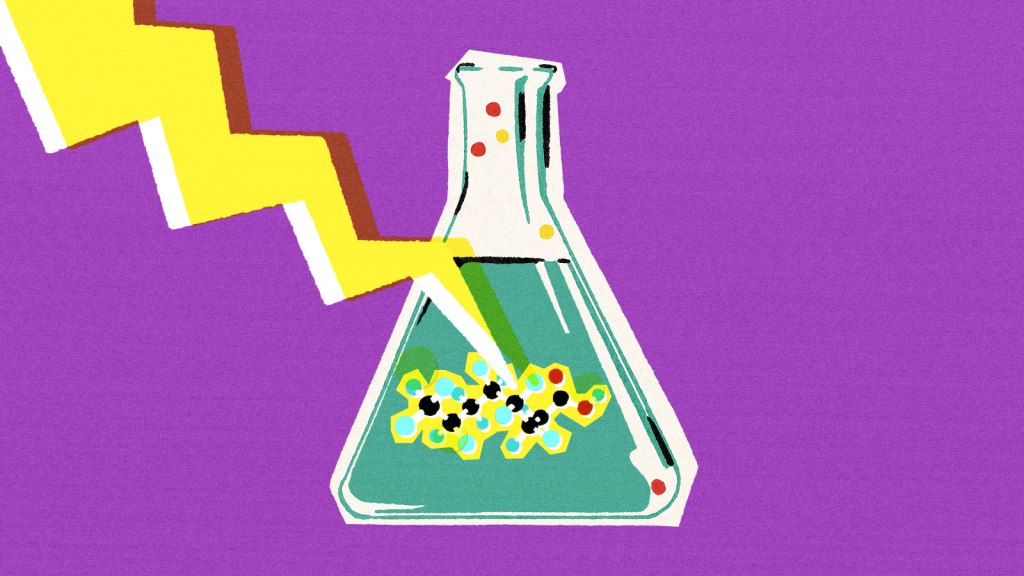 This makeup ingredient could destroy 99% of ‘forever chemicals’

Since the 1940s, per- and polyfluoroalkyl substances — more commonly known as PFAS — have been leaching into the soil, the groundwater, and our bodies. PFAS pollution is now so widespread that the chemicals are estimated to be present in 99 percent of Americans’ bloodstreams. Researchers have even found them in the bodies of polar bears.

PFAS are a broad class of chemicals with unique oil- and water-repellent properties. For decades, they’ve been used in consumer goods like nonstick pans, outdoor clothing, and takeout food containers. But PFAS have been dubbed “forever chemicals” because they don’t break down under natural processes, and scientists say they’ve leached into the environment and built up to potentially hazardous concentrations in drinking water. Chronic exposure to low levels of PFAS has been linked to cancer, developmental health issues, higher body weight, and more. The EPA’s current safety recommendation sits at 70 parts per trillion, but some evidence suggests that guideline should be 700 times lower.

After spending a year and a half trying to engineer a solution to this PFAS problem, Wong reported an unexpected breakthrough. In a paper published last month in the journal Environmental Science & Technology Letters, he and his team of researchers found that boron nitride — also known as BN and commonly used in cosmetics and electronics — could destroy up to 99 percent of a type of PFAS called PFOA in about four hours.

The research centered around a process called photocatalysis — a chemical reaction in which tiny, semiconductive particles are suspended in contaminated water and “excited” by ultraviolet light. With the right kind of particles, that reaction can be strong enough to degrade the durable carbon-fluorine bonds of PFAS.

Other chemical engineers had previously used photocatalysis to break down PFAS, Wong said. “But they couldn’t break it down as quickly as we can.”

In his experiment, Wong and his team ground BN into a fine powder and placed it into a container of water that was contaminated with PFOA. They then exposed the water to ultraviolet light, which caused small deformations to appear in the BN — “tiny little holes,” as Wong put it. The deformations made the BN reactive enough to quickly break down most of the PFOA into benign byproducts, mostly carbon dioxide and fluoride salt — “like the fluoride in our toothpaste,” Wong said.

Wong was surprised the BN worked at all, let alone so efficiently — he had included BN alongside a series of more promising photocatalysts as the “control,” the part of the experiment that is expected to show no results. “It wasn’t supposed to work,” Wong said. BN’s electrons should have required too much energy to be excited by the ultraviolet light. In the research paper, Wong wrote that atomic defects in the BN — a result of grinding — may have enabled it to absorb the light and become reactive.

Before Wong’s study, no one knew BN could be used as a photocatalyst for PFOA degradation. “In terms of this mechanism, it’s really novel,” said Jinyong Liu, an assistant professor of chemical engineering at the University of California, Riverside who was not involved in Wong’s study.

Ezra Cates, a Clemson University environmental engineer who was also uninvolved in Wong’s study, said the BN research “puts another tool in the toolbox” for researchers seeking to clean up PFAS. However, he noted, it isn’t necessarily more promising than competing avenues of research, including zapping PFAS with diamond-coated electrodes or blasting them with plasma. Plus, he said, there’s still the problem of incomplete degradation —many of these techniques, including photocatalysis, are only efficient at breaking down the largest PFAS, which are chains of eight or more carbon molecules, into smaller-chain compounds that are still harmful to human health. (Wong said that photocatalysis might still be able to break these smaller PFAS down; it just might take much longer than four hours.)

According to Cates, if scientists’ goal is to treat municipal drinking water, any of these PFAS-destroying techniques will likely be integrated into a multi-step process that begins with adsorption — sucking up the longest-chain PFAS onto a sticky membrane. Then, rather than the current most common technique of incinerating the concentrated PFAS at temperatures above 1,000 degrees C (1,832 degrees F), environmental engineers could eliminate the chemicals with photocatalysis, plasma, or electrochemical methods — whichever winds up being most efficient.

Wong is optimistic that he will find a commercial use for the BN technique. Since publishing his paper, he has been approached by a nanotechnology water treatment research center at Rice University, and he says he’s already begun filing patents. He suspects BN may be able to break down other PFAS beyond PFOA, and he has already demonstrated limited success with a prevalent PFAS compound called GenX. He also thinks he can make the degradation process go much faster — somewhere on the order of one hour, he told Grist.

Figuring out how to destroy PFAS quickly and cheaply, Wong said, would have real-world implications for the many communities affected by unsafe chemical exposure. Between 2013 and 2015, as many as 6 million Americans were routinely exposed to PFAS levels exceeding the EPA’s safety guidelines. “We want to do right by people,” he explained. “This is a way that I envision we can be helpful as engineers.”