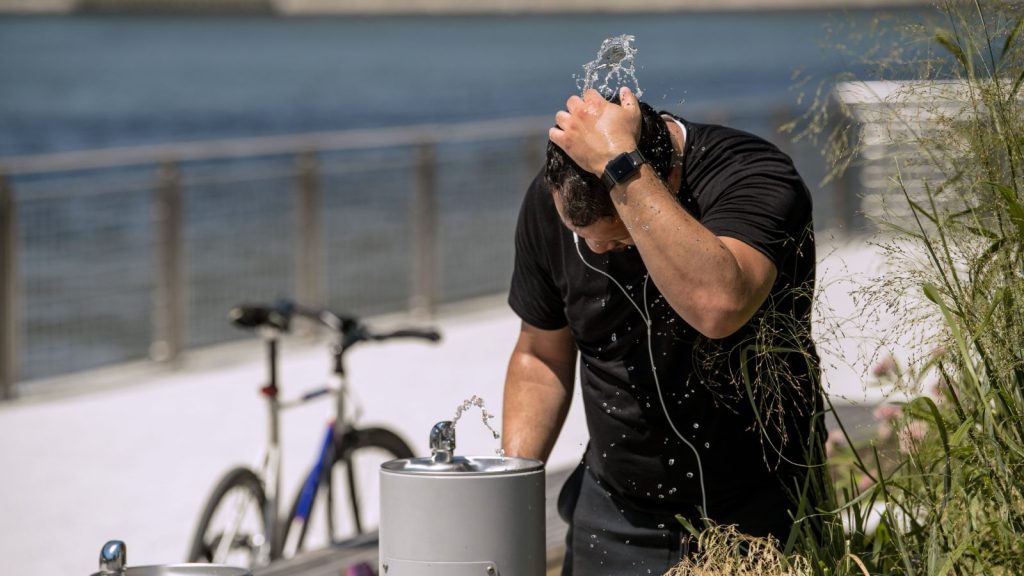 Last summer, a monstrous heat wave descended on the United States. It claimed four lives in Maryland, one in Arizona, and one in Arkansas. Temperatures skyrocketed, with heat indexes — the measure of how hot it feels outside — reaching between 100 and 122 degrees F in some parts of the country. Power outages wreaked havoc on the residents of New York City and Washington, D.C., who were left sweating in their homes.

That heat wave caused fatalities on par with many of the named hurricanes that circulate in the Gulf of Mexico. But unlike hurricanes — the worst of which carry memorable household names like Harvey, Sandy, or Maria — the July 2019 heat wave went nameless.

Now, as triple-digit heat waves set records around the country and around the world, a group of health experts, climate scientists, and policymakers are trying to give them names and rankings, just like hurricanes. In doing so, they hope to remind the public that extreme temperatures aren’t just an excuse to go to the beach — they can also be fatal.

The World Health Organization estimates that between 1998 and 2017, more than 166,000 people died due to exposure to extreme heat. One catastrophic heat wave in Europe in 2003 killed tens of thousands in Italy and Spain. In the U.S. alone, over 600 people succumb to extreme heat every year, outstripping the deaths from hurricanes, floods, or tornadoes in most years. And with climate change, sweltering temperatures are becoming all the more common.

“It’s this pervasive, pernicious, climate-induced threat that is little known,” said Kathy Baughman-McLeod, director of the Adrienne Arsht-Rockefeller Foundation Resilience Center at the Atlantic Council. “We call it the ‘silent killer.’”

Baughman-McLeod is one of the leaders of the Extreme Heat Resilience Alliance, a brand-new initiative formed by city governments, non-governmental organizations, and scientists. By naming and providing severity rankings for predicted heat waves before they strike, the alliance hopes to spark public awareness and encourage local cities and states to take preventative measures — setting up air-conditioned cooling centers, for example, and sending search-and-rescue teams to check on elderly and vulnerable populations.

For those who live in the path of dangerous hurricanes, knowing the names and dangers of tropical storms is a must. “I spent 25 years in Florida,” Baughman-McLeod explained. “And I know the difference between Category 1 and Category 3. That’s all very standard for people who live near hurricanes.”

But few people have a similar understanding of the dangers of extreme heat. High temperatures put extra stress on the body, forcing blood toward your core and making your heart beat faster. For older adults who have underlying conditions, that added stress can be fatal. In the wake of a catastrophic heat wave, many elderly individuals are found dead at home, sometimes with broken air conditioners. Young people and outdoor workers can also be killed by heat stroke when temperatures crest 100 degrees F.

Bob Ward, the policy director of the Grantham Research Institute on Climate Change and the Environment at the London School of Economics, has been arguing for naming heat waves in the United Kingdom since last year. He thinks that it might push the U.K. government to upgrade buildings to be more resilient to heat and encourage individuals to check in on friends and family.

“People should be thinking about their elderly relatives and neighbors and looking out for them,” he said. “People tend to do that in cold weather, but they’re less likely to do that in hot weather — there’s this view that hot weather is somehow lovely for everyone.”

Hurricanes in the U.S. weren’t given names until the 1940s, when the U.S. Air Force Hurricane Office began assigning names based on the phonetic alphabet. According to the World Meteorological Association, “appending names to storms makes it easier for the media to report on tropical cyclones, heightens interest in warnings, and increases community preparedness.” And other types of weather disasters have started getting names in some parts of the world. The U.K. Met Office started assigning names to winter storms in 2015, hoping to raise awareness for the events in the media and on social media platforms.

But it won’t be easy to get heat wave names and rankings off the ground. Simon Mason, a senior research scientist at the International Research Institute for Climate and Society at Columbia University, said that while hurricanes can be easily categorized according to their wind speeds, extreme heat is more complicated. For example, he explained, temperatures in the triple-digits may be tolerable in Arizona, where humidity is low, while 90-degree temperatures on the East Coast with high humidity could be deadly.

Heat wave severity can also vary depending on what a community is used to experiencing. “You’ve got people in San Francisco, and at 90 degrees they’re passing out,” said Baughman-McLeod, alluding to the city’s notoriously cool and foggy weather. “But for people in Bakersfield” — a city north of Los Angeles — “90 feels like 75.” Even within a city, temperatures can vary widely: Racist practices like redlining have forced vulnerable communities further into the path of extreme heat.

As the planet warms, the need to address life-threatening heat is growing. A recent report from the Climate Impact Lab projects skyrocketing heat deaths by the end of the century, particularly among people in poorer regions of the world. But Mason said that the temperature doesn’t need to increase very much for extreme heat to be a big problem. “Even today, we’re getting tens of thousands of people dying each year because of heat,” he said.

The most important thing, according to Mason, is designing policies around the names and categories of heat waves — telling the public and cities how to react to a “Category 2” heat wave, for example. “Unless we design management and strategies around this naming convention, we’ll be missing the main point of doing this,” he said.

Naming heat waves, of course, isn’t the only way to address this “silent killer” — city and state governments could launch cooling centers, distribute air conditioners, and encourage adaptation even without giving first names to the dangerous events. But experts think that names will give governments and the public the necessary push to get started on some of these other measures.

With any luck, Baughman-McLeod hopes the first heat wave will be named in the summer of 2021. Heatwave Hector could be right around the corner.