Can we have our sustainable seafood and eat it too? 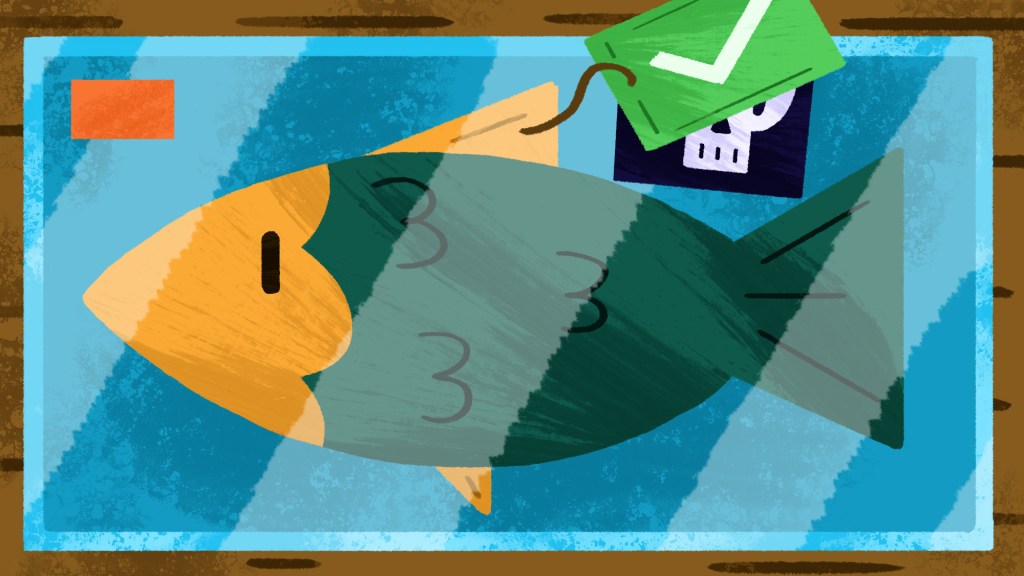 Tyler Parker
for whom the label tolls

Can we have our sustainable seafood and eat it too?

You know the feeling: You’re standing in front of the seafood counter, running down the list of evils you might be supporting when you buy one of those gleaming filets. There’s overfishing, but also pollution from fish farming, not to mention bycatch, marine habitat destruction, illegal fishing … and that’s before getting to the problem of seafood fraud, and the fact that 1 in 3 seafood samples in a massive study by Oceana was served under pseudonym.

Programs like Monterey Bay’s Seafood Watch and the Safina Center’s Seafood Guide are helpful when it comes to sorting seafood’s angels from its demons, but only if you can be sure the red snapper you’re looking at is actually red snapper (hint: It probably isn’t).

Meanwhile, third-party certification outfits — the ones that slap their seal of approval on seafood that’s harvested responsibly — are not without their flaws. In fact, the current demand for certified “sustainable” seafood is so high that it’s driving, you guessed it, overfishing. Someone get Poseidon in here because that, my friends, is what the Greeks called a “tragic flaw.”

Still, these third-party groups may offer the best hope for ocean-loving fish eaters like myself, so it’s worth paying attention to how they operate. And while these certification programs are very much a work in progress, they’re getting better.

The largest of the third-party labeling groups is the Marine Stewardship Council (MSC). Born of a partnership between the World Wildlife Fund and Unilever, the MSC was designed to bring market-based solutions to the kinds of environmental problems capitalism usually takes the blame for. It motivates fishermen, grocery chains, and restaurants to care about sustainability — because they can charge more for their product if it has MSC’s approval stamped on it.

MSC’s certification standards are based on the health of the fish population in question, the wider environmental impacts of fishing for it (such as habitat destruction and bycatch), and the quality of the fishery’s management. If fishermen want their fishery to be certified, they must pay hefty fees to independent assessors, who gather testimony from scientists and stakeholders, then submit a draft report which is peer-reviewed by other scientists, followed by public comments, more revisions (I assume you’ve tuned out by now), and so on — all adding up to an intimidating tangle of checks and balances. (If you like to geek out on this stuff, you can read all the reports of all the committees at every step of the process yourself.)

Once a fishery is certified, it receives yearly audits for five years, at which point the certification lapses and the whole process starts over again. Somehow, hoops and all, the MSC has managed to certify over 220 fisheries since 1996. According to MSC, its certified fisheries, along with about a hundred currently under review, make up over 10 percent of the global seafood catch, worth around $3 billion. Meanwhile, many companies are getting generous returns on their investment in sustainability: The wholesale value of MSC-labeled products rose 21 percent in 2013 alone.

But as MSC has grown, it has broken bread with larger and larger partners, whose appetites may outstrip the ability of certified fisheries to sate them. Critics claim MSC has slackened some if its rules to keep up with the demand from retail chains such as Walmart. Al Jazeera reported on the company’s struggle to keep buying Alaskan salmon after the fishery’s MSC approval lapsed:

“You have two options,” Jacquet said of MSC’s situation. “You can make seafood sustainable or you can redefine the word ‘sustainable’ to match existing resources.”

Likewise, when McDonald’s pledged to sell only MSC-labeled Alaskan pollock in the U.S., it strained the ability of the fishery — with only a mediocre sustainability score from Seafood Watch — to keep all 14,000 restaurants in Filet-o-Fish sandwiches.

Furthermore, NPR’s excellent in-depth series on MSC’s sustainability (or not) focused on a few fisheries the group had certified despite less-than-cheery evidence on the ground, er, sea. These included a swordfishery in Canada, where sharks are snagged more often than actual swordfish, over- and illegally fished Chilean sea bass, and volatile sockeye salmon populations in Alaska:

“Originally I thought [MSC] was a good idea,” says Jim Barnes, director of the Antarctic and Southern Ocean Coalition, a network of dozens of environmental groups around the world. … [But] the controversy over Canadian swordfish illustrates why the booming demand for sustainable seafood actually threatens to hurt the movement more than help it. “The bottom line is that there are not enough truly sustainable fisheries on the earth to sustain the demand.”

One result of that skyrocketing demand is that new, less stringent certification programs are popping up. After allowing its MSC’s certification to lapse, a powerful salmon fishery in Alaska persuaded Walmart to make room for a new certification, Responsible Fisheries Management, which puts less emphasis on sustainability and comes with no logo-licensing fees. Walmart still carries some MSC certified goods, but the company reneged on its all-MSC-all-the-time pledge.

You can imagine how this could quickly become a race to the bottom: If Alaskan pollock stocks continue to decline, the fishery may no longer meet MSC’s standards of sustainability. And if that happens? MSC could drop the pollock fishery and risk losing the McDonald’s account, too. Or it could lower the bar, in hopes of improving fishery practices down the road.

MSC has insisted that it never loosened its standards, and that those standards and the oversight that comes with them are high enough to guarantee sustainability — although it does offer a provisional certification for fisheries that are working toward sustainability, but aren’t quite there yet.

When I talked to MSC’s CEO, Rupert Howes, a few months ago, he told me that MSC has taken the global seafood scene a long way: “When MSC started, it really was innovative. There wasn’t really a sustainable seafood movement,” he said. “When you get leadership within the industry and within the market saying, we want sustainable seafood, we care where it comes from, we want to be part of the solution — it really is a huge, powerful force.

“I hasten to say: MSC is part of the solution,” Howes added. “Overfishing is a huge challenge — you need public policy reform, you need the work of advocacy groups to raise awareness of the issues, and then you need a program like the MSC that’s actually going to empower consumers, you and I, to use our purchasing decisions to make the best environmental choice.”

And like a good overseer, MSC is turning its eye on itself this year, in a thoroughly documented (naturally) self-review of its “chain of custody” program, which assures that MSC’s fish can be traced through the supply chain, from the water all the way to the seafood counter at the grocery store.

It’s worth pointing out that none of this controversy is unique to seafood. Other food labels, from USDA’s widely applied “organic” to “fair-trade” to the virtually useless “all-natural” have at some point come under fire for being less idealistic in practice than they are in theory. The same is true of green building standards. Things get messy as any system gets bigger.

Of course, with billions of people eating from the sea, any movement toward oversight and accountability is almost certainly better than nothing. At the very least, by making sustainability visible, and desirable, to consumers, MSC has raised the stakes for the supply chains that serve them.

But what to do if the MSC’s logo isn’t enough for you? Here are a few tips for getting sustainable seafood, certifications be damned: 1) Eat as local as possible and many other concerns become moot; 2) eat low on the food chain, as in, more oysters and, seriously, no more Bluefin tuna; and 3) stick to restaurants or markets whose mission you trust instead of trying to decode the signage at your city’s everything emporium.

Did I miss anything? Uh, yeah, definitely. This whole labeling thing is a sticky issue, but it only works if producers know what the people want. So, by all means, weigh in.