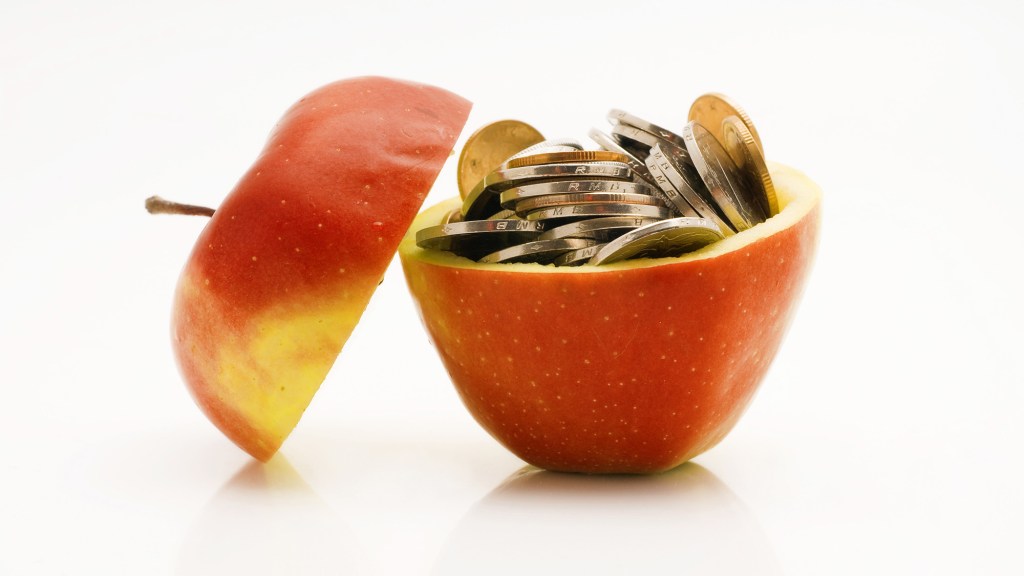 This is part of a series in which we’re asking what pragmatic steps we can take to make regional food systems more sustainable. We previously spoke with organic farmer Tom Willey, and the people at Veritable Vegetable.

When I spoke with Tim Crosby, director of Slow Money Northwest, he was working on a deal at the Finn River Cidery.

“I’m in my outside office,” he said. “I’m standing here looking out over this: It’s just idyllic, there’s hoop houses, there’s chickens. They make apple cider, there’s an orchard, and a field, and there’s trumpeter swans on the field.”

I’d wanted talk to Crosby because he’s interested in growing regional food systems. In this series, I’m looking for pragmatic steps that can make regional agriculture more sustainable. Crosby does much the same thing: He searches for farmers who could grow or improve their businesses if they just had the financing; then he connects them with foundations, banks, or investors.

Q. I wrote recently about a project to improve rangeland with compost, which seems to help, both environmentally and financially. But it costs a lot of money initially to bring the compost in. Do you find that there are farmers who could be better stewards of the land if they were able to invest with an eye to the next 100 years, rather than just scraping by for the next year?

Our market-driven, capitalistic structure insures that the lowest price wins. When the market says you have to lower the price per unit — as happened in the 1970s, the terminology was “get big or get out” — guess what, you’re going to have to grow. You’re going to have problems if you try to internalize the environmental costs and take care of the soil. It’s going to be more expensive, and you can’t sell your products as easily.

But it’s the right thing to do, and farmers will do it. It’s becoming more attractive as the cost of fossil fuels goes up. And farmers are coming to me saying, we need to try something else. Now they see a chance to make money doing the right thing, where they couldn’t before. And they would like to be able to do that. The question is, in the end, can they pay their bills?

Q. So how do you help them?

A. We hook them up with investors who recognize that there are financial and non-financial returns. There are plenty of ways on Wall Street to just get your money back, to maximize shareholder value. Well, take the word “maximize” and maybe turn it into “optimize.” I don’t need a 10x return on my money; I can have a 2x or 3x return on my money if it also has these social and environmental returns.

Q. Why can’t farmers get that from regular investors?

A. Well, the finance system will say, I’m sorry you don’t have 3 years of returns, or I’m sorry, your credit is bad. As an example, I got a couple calls from a rancher — you could tell he was riding around in his pickup. He’s in eastern Washington. He’s an Organic Valley dairy farmer, and he’s trying to refinance. He had a loan at 12 percent and the rates had dropped down to 3 percent. That difference would create a great cash flow and the potential for him to grow his business.

He goes to the bank and says, each one of my cows is worth, I’ll just throw out a number, say $3,000. And so those were his assets. But the bank says, my numbers show that your cows are only worth $1,000, not three. But that’s for an industrial dairy cow. If you are grazing the cows on pasture, putting nutrients back in the soil, and taking better care of the land and the animals, that ought to be worth something. You should be able to get money just as cheaply as the guy who isn’t taking care of the environment. So that’s where we try to help.

Q. One complaint I hear a lot is that local meat producers can’t find slaughterhouses. Have you come across any solutions for that?

A. A great example is the Cattle Producers of Washington. Anywhere in rural country, you are going to have ranchers who want to survive by managing small herds of animals. The problem is that the meat industry is so consolidated that just a few companies manage distribution. For those who can’t take the price that industrial system is offering, they just lose money every time they deal with it.

So you have ranchers who drive 400 miles to an independent processor every time they need to drop off cattle, which can be a couple times a week. That’s a long distance, especially when fuel prices go up.

A bunch of them got fed up and said, look, let’s just build our own facility. So they pooled their money and created a co-op. They got economic development loans — there are some investors we know of that helped them out. And they now have what they say is the first meat processing facility at their scale licensed in the area in 30 years. And the need was so great that they were basically oversubscribed for meat production the day they opened.

Q. We’ve talked a lot about the farming side. What about on the food side? Are there ways that financing can make good, regionally produced food available to more people?

A. Well, people are eating what they can afford, and there is an overlay between where low-income people live and where the highest rates of obesity are. Is it related to the fact that they can’t afford healthy food? Partially. There are other issues at play, cultural issues, time — I don’t have time to cook if I have two or three jobs. But there is an income issue that’s related to obesity. So, can we get people healthy food that’s cheaper?

We have farmer’s markets across the city, and we can subsidize the food there as they do in the Double Up Food Bucks or Fresh Bucks program. If someone comes to a farmer’s market and spends money with an EBT [food stamps], if they spend a dollar, they get a dollar [more in food]. So the price of the farmer’s market food is cut in half.

A. It’s been wonderful. When you say, if you spend a dollar we’ll give you a dollar, people pay attention. The trick is that you need that as a donation from somewhere. There are philanthropists who are giving that match, and there are people running the more complex numbers to determine if it’s actually saving us money when you compare the cost of health care, the shortening of lifespan, and the ability to work.

But it is a subsidy. You can look at it and say, well, we subsidize fuel, and that fuel creates cheap fertilizer, which creates cheap food. We subsidize sugars, which reduces the price of soda, to the point that soda can be less expensive than water.

Lots of people are trying the Fresh Bucks program — it’s really growing. And you get people initially coming for the half-priced food, but then they say, hey, I like this, and my kids like it, and I’m getting recipes and learning how to cook it.

I was involved in one program where we saw what happened when the subsidy ended. And many of the people who had come for Double Bucks went away. But not all of them. And if you get an additional 200 people, and just 50 keep coming back without the incentive, that’s still 50 people.

Next: Can school cafeterias go local?