Why eat meat when you can eat a veggie burger that bleeds? 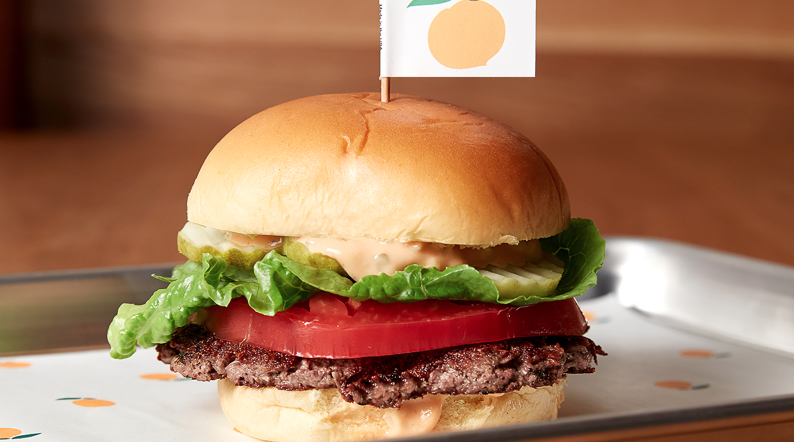 Why eat meat when you can eat a veggie burger that bleeds?

Impossible Foods just lived up to its name – by converting one of NYC’s most meat-crazy chefs to its bloody plant-based burger.

We’re not being rude. The burger, which literally bleeds, will hop onto the menu at David Chang’s Momofuku Nishi today, Eater reports. It’ll clock in at an affordable — for New York, anyway — $12, and will be served on a Martin roll, topped with romaine, beefsteak tomato, pickles, and cheese upon request. Shoestring fries tag along, too.

Chang told Eater that he was “genuinely blown away” by the burger. High praise, coming from the guy who’s made a living off selling ample portions of flesh.

This is the most high-tech veggie burger you can order at a restaurant. Impossible Foods’ competition, Beyond Burgers, is currently only available at grocery stores.

The patty is made from a benign-enough ingredient cocktail that includes wheat, coconut oil, and potato protein. But the magic comes from heme, a molecule that gives meat its distinctive flavor and texture. And bloodiness. Don’t despair, vegetarians: Some plants, such as legumes, have the molecule too, in smaller doses. That’s where Impossible Foods CEO Patrick Brown extracts the heme for his burgers.

If Brown — and Chang — manage to make plant-based burgers mainstream, it’ll potentially be a huge win for the climate. But that begs the question — will mainstream meat lovers actually go for a meat-free patty? Who knows. Anything goes in the food world.