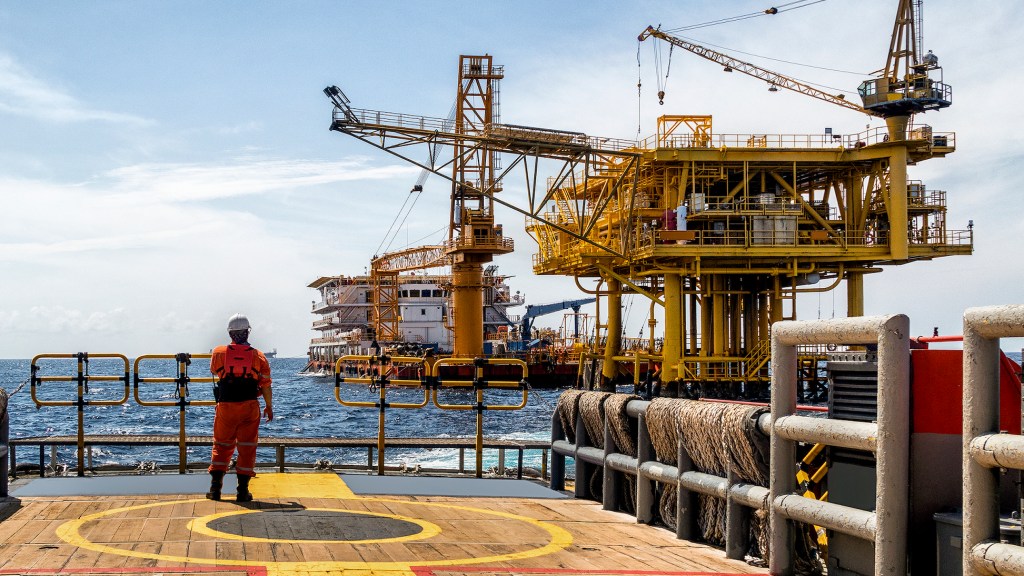 Getty
not a drill

Earlier this month, the American Petroleum Institute, the biggest U.S. trade organization for oil and gas, launched a bipartisan effort to reach out to diverse communities across the Southeastern U.S. The group touts offshore drilling jobs for African American and Latino workers.

“We want to build support in minority communities because the message that increasing the supply of affordable energy and good paying jobs will resonate,” API’s Erik Milito told Reuters.

While the oil and gas lobby is billing offshore drilling as an economic boon, environmental justice leaders caution that it’s peddling dangerous work to the very communities that Big Oil has hurt the most.

“We used to call that economic extortion — in order to have a job you needed to be in a dirty job,” says Jose Bravo, the executive director of the Just Transition Alliance. Bravo, who organizes for clean jobs in California, says he’s seen decades of false promises by the fossil fuel industry.

Refineries located near neighborhoods of color often promise to hire locally, he says, but then bring on employees from out of town. And oil jobs can be risky.

“There’s a lot of potential damage both to the planet and to health,” Bravo says, citing the Deepwater Horizon explosion off the coast of Louisiana that killed 11 people in 2010. He also points out that the damage eventually makes its way back to land: “Historically, when we bring that oil onshore, we’re bringing it into communities of color.”

Last year, the NAACP published a report that found that over a million African Americans live within a half-mile of oil and natural gas production, processing, or transmission and storage facilities, leading to elevated risks of cancer and asthma attacks from toxic air emissions.

Another touchy subject has been the oil lobby’s outreach to Hurricane Maria survivors. Julio Fuentes, president of Florida’s Hispanic Chamber of Commerce, a partner in API’s initiative, defended the push to hire locals in an email to Grist. “Florida has welcomed many of our friends from Puerto Rico, and it is important to provide secure, high-paying jobs for our residents and evacuees,” he said. “Offshore exploration is one way we can do so.”

Michelle Suarez with Organize Florida, a grassroots nonprofit group that has been assisting hurricane survivors, sees how Big Oil can make an appealing offer to an evacuee who has just lost so much. “We’re in this crisis. And so I imagine that it’s going to be tempting for families that are impacted to get some of those jobs,” Suarez says.

Suarez doesn’t think working in Big Oil, with its links to climate change and more frequent and severe superstorms, is the answer to helping evacuees recover. “We’re talking about the industry that has been one of the causes of these disasters, indirectly through their work,” says Suarez.

Both Suarez and Bravo say that their communities don’t need to choose between jobs and a healthy community and environment.

“We need to switch from that narrative because we do need to take care of the earth. This is our home. We have to make it work so that we have jobs that are not extracting and destroying the environment,” Suarez says.

Bravo believes the U.S. can can still be a global leader in spurring careers in renewable energy.