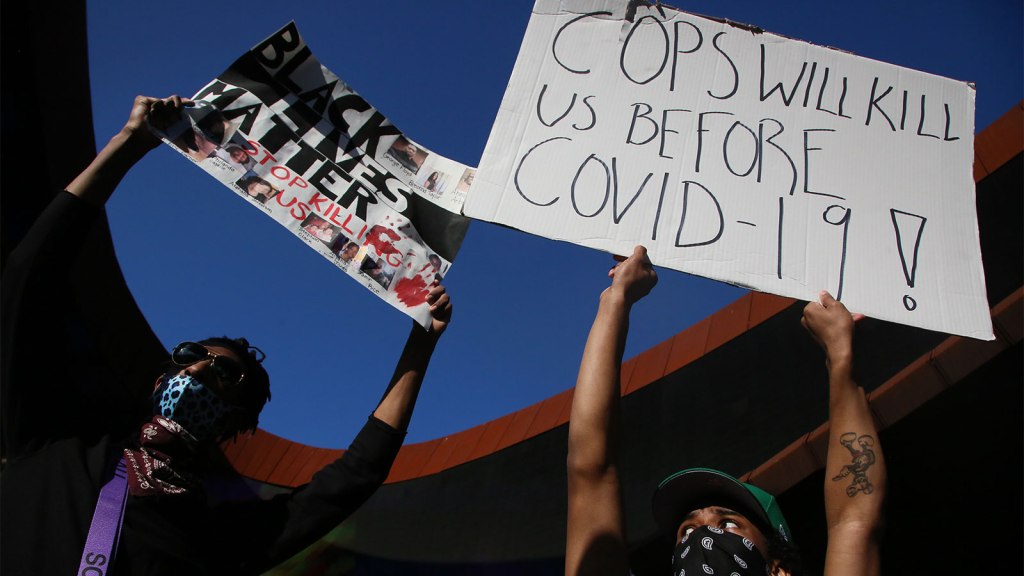 In the wake of the killing of George Floyd by a Minneapolis police officer early last week, cities across the U.S. erupted in protest. As those demonstrations enter their second week, some are calling for a reckoning with not just police brutality but also the wider array of harms disproportionately inflicted by race in the U.S.

Many of those harms are environmental. On Sunday, New Jersey Senator and former presidential candidate Cory Booker went live on CNN not only to call for measures like reforming the federal statute governing police misconduct (18 U.S.C.  section 242), but also to draw attention to the “everyday violence” faced by black Americans.

“Where is the response to the everyday violence that we live in a nation with such toxicity, from ‘cancer alley’ to Duplin County, that is killing disproportionately black people, because race is still the greatest indicator of whether you live around a toxic site?” Booker asked host Jake Tapper. “Where is the outrage and the anguish in the hearts of Americans?”

“Cancer alley” is an 85-mile industrial corridor along the Mississippi River in Louisiana where predominantly African American residents suffer the country’s most severe rates of industrial pollution-linked cancer (and now also some of its most severe COVID-19 outcomes). In Duplin County, North Carolina, toxic emissions from industrial hog farming have been associated with high rates of infant mortality, kidney disease, tuberculosis, and the lowest life expectancy in the state. These burdens are disproportionately suffered by black North Carolinians.

These environmental harms have long roots. For instance, some legacies of redlining — the government-sanctioned denial of home loans and insurance to communities of color — include housing stock that is disproportionately located near polluting industrial infrastructure. That legacy can also be seen in the threats that accelerating climate change poses to below-sea-level neighborhoods of color and urban neighborhoods that disproportionately suffer exposure to extreme heat.

The intersection of environmental injustice and policing can be seen on Rikers Island, New York City’s most notorious jail complex, which is built on a landfill and surrounded by polluting infrastructure. Roughly 90 percent of those behind bars in Rikers are people of color, and they have long suffered extreme summer heat, flooding, and noxious pollution while in confinement. 67 percent of those incarcerated at the complex have not been convicted of a crime and are simply awaiting trial.

Closing his remarks on CNN on Sunday, Booker connected environmental, economic, and racial justice and said the entire nation would suffer if the issues were left unaddressed.

“We are all weaker because we have allowed so much injustice to last so long,” Booker said. “Now is the time to take this energy and this anger and this focus and keep it until we actually change laws and systems of accountability that can raise standards in our country.”