'Put up or shut up': New York forges ahead with statewide environmental justice measures 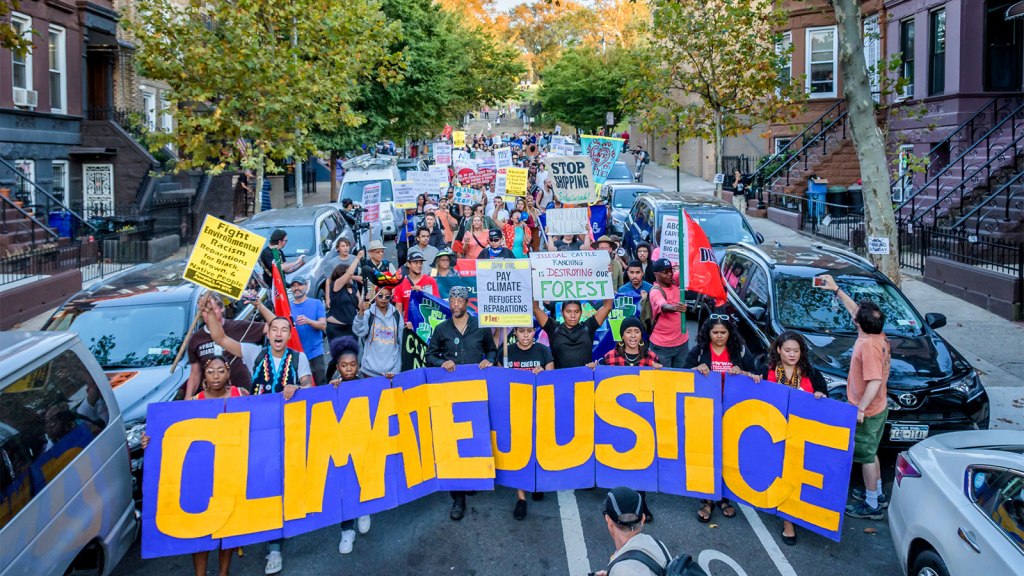 Erik McGregor / LightRocket via Getty Images
Justice for all

‘Put up or shut up’: New York forges ahead with statewide environmental justice measures

Against the backdrop of renewed calls for racial justice nationwide in the aftermath of the police killings of George Floyd and Breonna Taylor, the state of New York announced on Tuesday a slate of grants totaling more than $10.6 million to help underserved residents access affordable solar energy. The grants will help offset predevelopment costs to address resource barriers that typically prevent low-income residents — particularly communities of color — from installing clean energy or energy storage in their homes.

The Empire State is set to provide individual grants of up to $200,000 each to affordable housing providers, community organizations, and technical service providers to assist low-income households and install solar and energy storage systems meant to benefit entire communities. The New York State Energy Research and Development Authority (NYSERDA), the government agency administering the program, will be hosting a webinar on July 14 to launch the grant opportunities and provide more information on the application process. The state will accept applications on a quarterly basis through the end of 2024.

This initiative is the result of New York’s landmark environmental justice legislation, which helped bring the state’s Climate Leadership and Community Protection Act (CLCPA) to life in January. The CLCPA made headlines for being the most ambitious emissions-reduction legislation in the country, thanks to its promise that the state will reach net-zero carbon emissions by 2050 and 100 percent renewable electricity by 2040. The CLCPA and the accompanying environmental justice bill require the state to make good on its commitments to address environmental injustice and invest in underserved and pollution-burdened communities. Tuesday’s announcement is part of that follow-through.

“We got a law passed — among all accounts the most ambitious in the country, maybe the world — so now, let’s see how real these elected officials are about Black Lives Matter,” Eddie Bautista, executive director of the NYC Environmental Justice Alliance, told Grist. “This is for us a pivotal moment, where we can either work in partnership with the government or call hypocrisy at the top of our lungs.”

On Tuesday, the state’s Department of Environmental Conservation also unveiled its appointments to the Climate Justice Working Group, which will guide the state in carrying out its ambitious climate targets. Bautista, who was announced as one of the group’s appointees, said that community members appointed to the group would hold elected officials accountable for continued funding and also figure out how to effectively reach out to marginalized communities to inform them about opportunities such as NYSERDA’s grants.

“In this moment where you have elected officials tripping over each other to claim some portion of the Black Lives Matter mantle, this is the moment where they have to put up or shut up,” Bautista told Grist. “It’s easy to put out a statement when you’re seeing police brutalizing people, but what do you do when the very air is brutalizing people?”

The Climate Justice Working Group consists of representatives from environmental justice communities across the state, including members from New York City community groups, rural communities, and urban communities in upstate New York, as well as representatives from state agencies such as NYSERDA, and the Departments of Conservation, Health, and Labor. The group is set to have its first convening in July as they map out next steps to fast achieve New York’s climate goals.

“We’re relieved that the process is moving forward,” Bautista said.