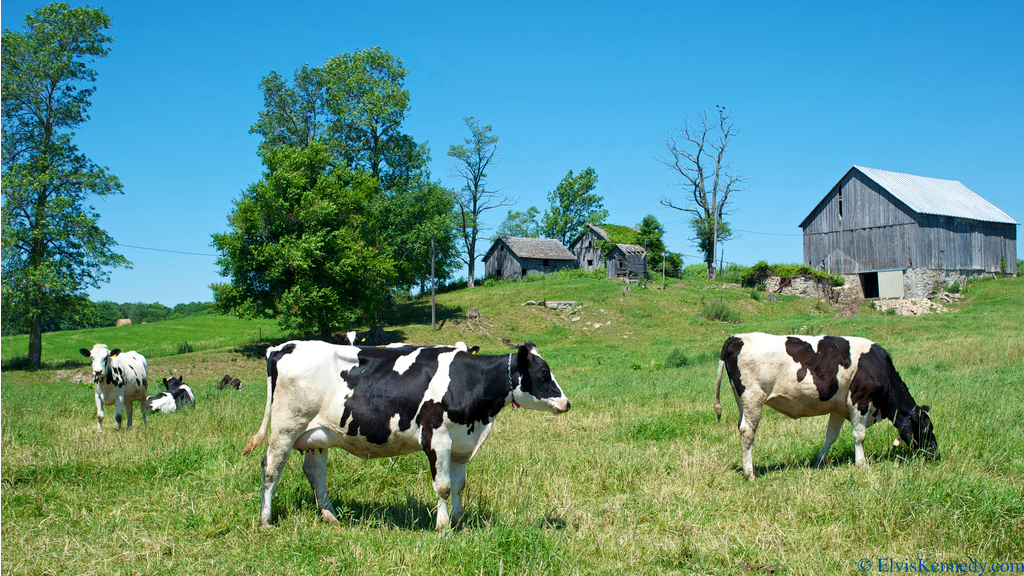 Teens: not the only ones who light their farts on fire! OK, so cows weren’t exactly cackling while passing gas crouched above a lighter, but their gassy burps and flatulence DID make a barn in Germany explode. Proof that methane gas from 90 cows is dangerous to more than your nose! Reports Reuters:

High levels of the gas had built up in the structure in the central German town of Rasdorf, then “a static electric charge caused the gas to explode with flashes of flames,” the [police] force said in a statement.

The explosion damaged the roof of the barn and even burned one of our bovine buddies, who was treated and hopefully got an adorable cast or something for all the other cows to sign. And local emergency workers did a sniff test measured the gas levels to make sure another explosion is out of the question.

As Umbra recently noted, a single cow can let loose up to 400 pounds of methane annually (although cities are leaky too). We knew that could be dangerous to the global climate, but here’s definitive proof it’s dangerous to the local climate as well. Yet another reason to cut back on our meat consumption.