2015 is upon us, and you know what that means: You will be completely, utterly, entirely lost come Jan. 1 without the advice of the sage and experienced resident Grist astrologer, New Year’s Eve. “But I’ve never heard of the Grist astrologer before!” you may be thinking. You, my friend, are in for a treat, because I personally am going to guide you through your zodiac-ordained fate. Read below to learn exactly how you’re supposed to be spending the next 365 days.

DISCLAIMER: Straying from this advice even slightly may result in death, dismemberment, or at the very least, disappointment. 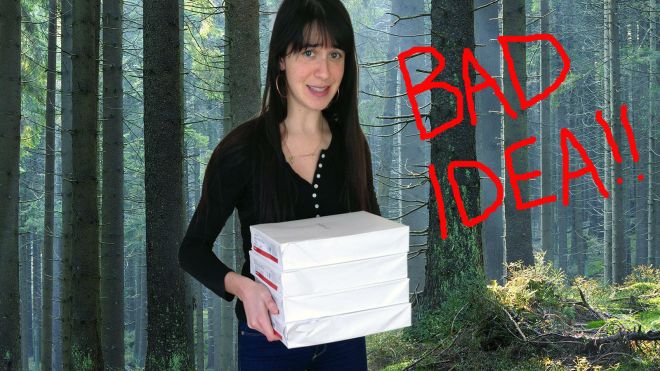 Capricorn: Listen, you old mer-goat– if you don’t get a handle on your workaholic tendencies in 2015, cavalierly spewing reams upon reams of paper into the bureaucratic abyss, you may end up on America’s Most Wanted: Forests Edition. If you must enter a wooded area, do not provoke the trees, friend — recent years have not been kind to them, and they are already angry. 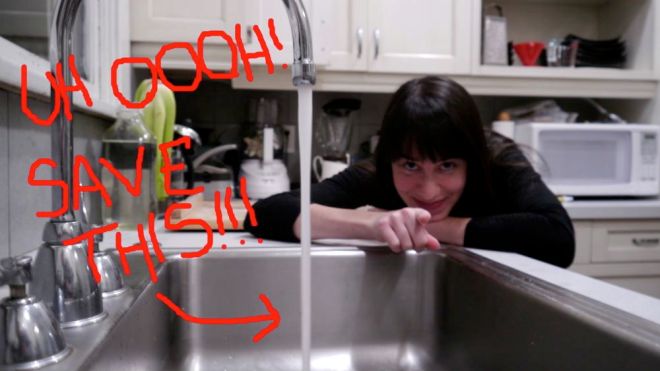 Aquarius: As water-bearer of the zodiac, your sole purpose for 2015 is to protect the Earth from a desiccated and desolate future. Trust and believe that that’s going to be an uphill battle, so you’d better put all other goals — relationship, hockey, or otherwise — aside, young Aquaman! Here is a great way to get started on your mission for the coming year. 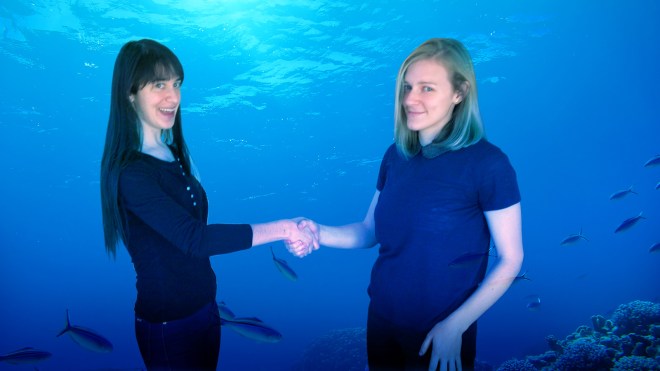 Pisces: Hello, young fish! Because I am committed to fastidious research for your express benefit, I consulted Grist’s resident oceans expert and fish-lover Amelia Urry for advice for you in 2015. She advises that you gravitate toward uppers — people, not pills! — this year, because “dead zones are spreading, and they’re only going to bring you down.” 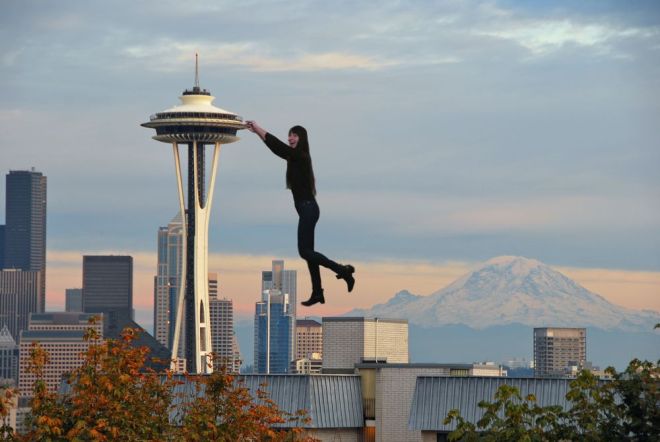 Aries: Aries are renowned leaders! I encourage you, you sexy ram, to begin to make plans for moving your community to a place better equipped to deal with climate change than the future hell-swamp in which you currently live. The Earth-spaceship pictured above, for example, seems ideal, but you will really need to move fast on it. Good thing you love a challenge! 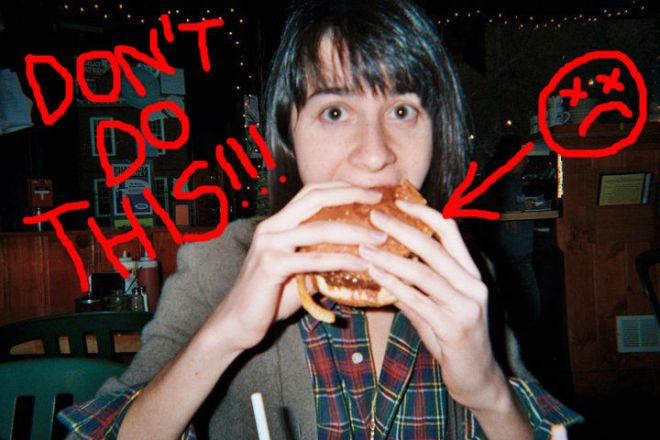 Taurus: According to Wikipedia, your spirit animal is a bull. Maybe that means you should eat less beef in 2015, because A) burgers have a hell of a carbon footprint, and B) you don’t want to be a goddamn spirit-cannibal. But you don’t have to go balls-in vegan, because the coming year shouldn’t be about hating every second of your existence. 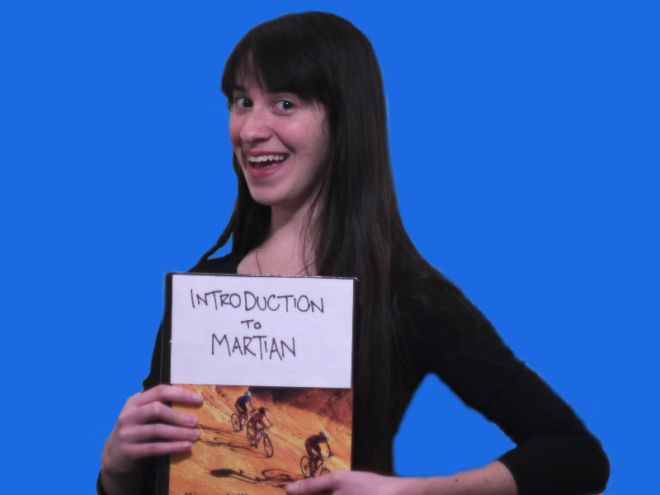 Gemini: Fun fact: “Gemini” means “twins” in space-language. This year will be the perfect year to become fluent in a space language of your choice, like Martian or !!!<x!. You’ll be able to impress all your friends when, at some point in the next 500 years, you have to colonize a remote moon! 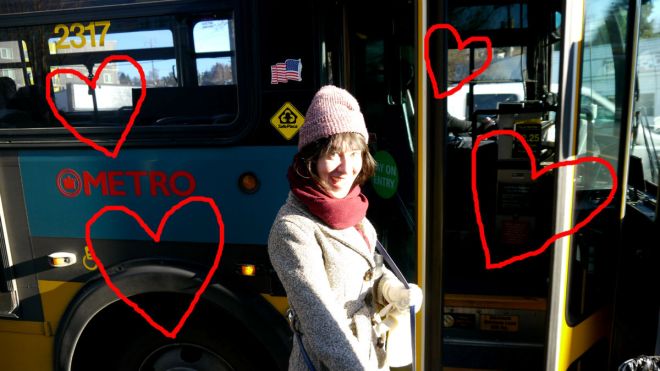 Cancer: This is your year for love, Cancer! At some point this year, you will meet a tall, dark, handsome, and definitely not commitment-phobic stranger on a bus, so you’d better not fucking drive at all or you will be single forever. 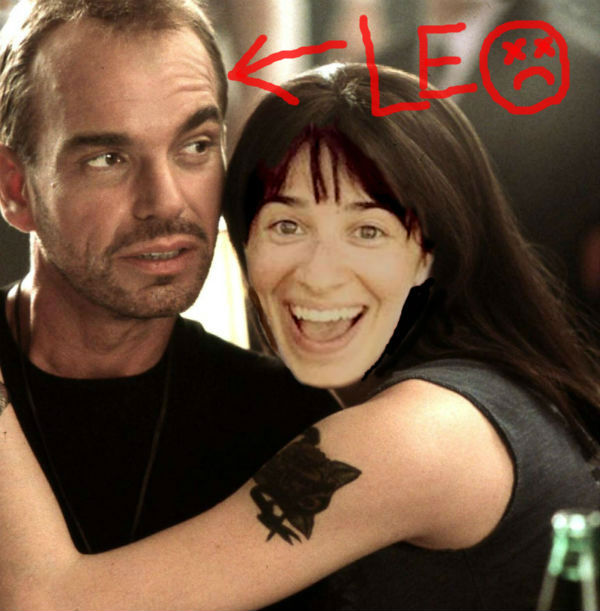 Leo: Leos are known for being self-centered. It is the Leo-ish approach to life that is probably the No. 1 reason the world is such a disaster right now. Maybe you should stay inside for all of this coming year and not bother anyone. 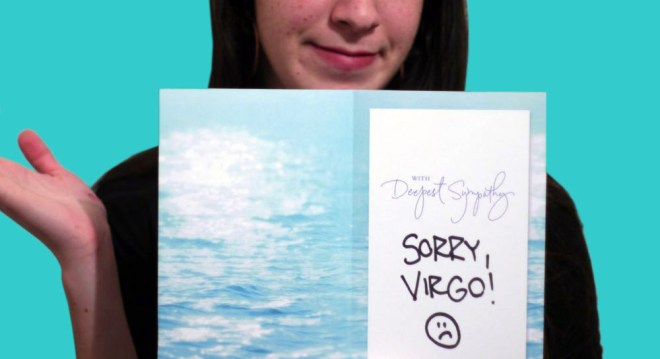 Virgo: 2014 saw the extinction of many species, and 2015 will surely see many more go — and sadly for you, one of them will be everyone born under your zodiac sign. That’s right — come 2016, everyone born between Aug. 22 and Sept. 22 will be gone. Better get up the gumption to ask out that cutie in your orgo lab, because you only have 365 days left on Earth, max! 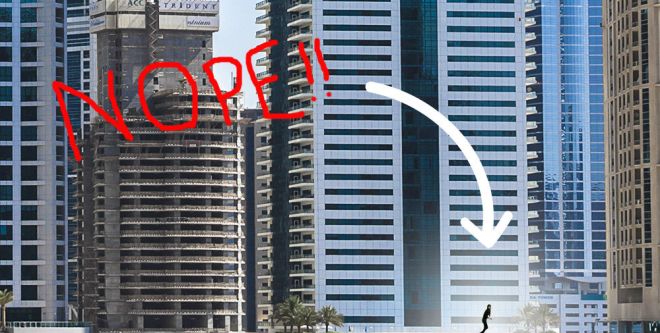 Libra: As the astrological symbol of justice, balance, and all that’s right in the world, your primary goal for 2015 should be to stay alive — not like those loser Virgos! — because you are the best hope for the future. Case in point: Neil deGrasse Tyson, Ursula K. LeGuin, and Ashanti are all Libras. In related news, stay away from tall buildings for the entire month of April. If that means quitting your job, so be it. 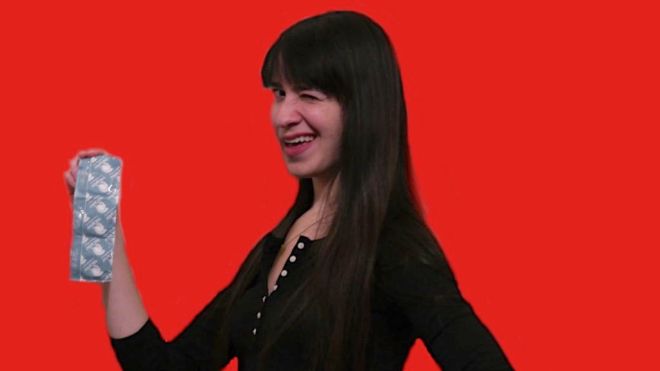 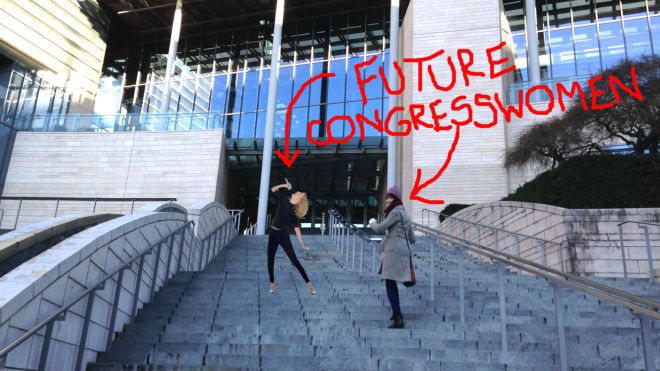