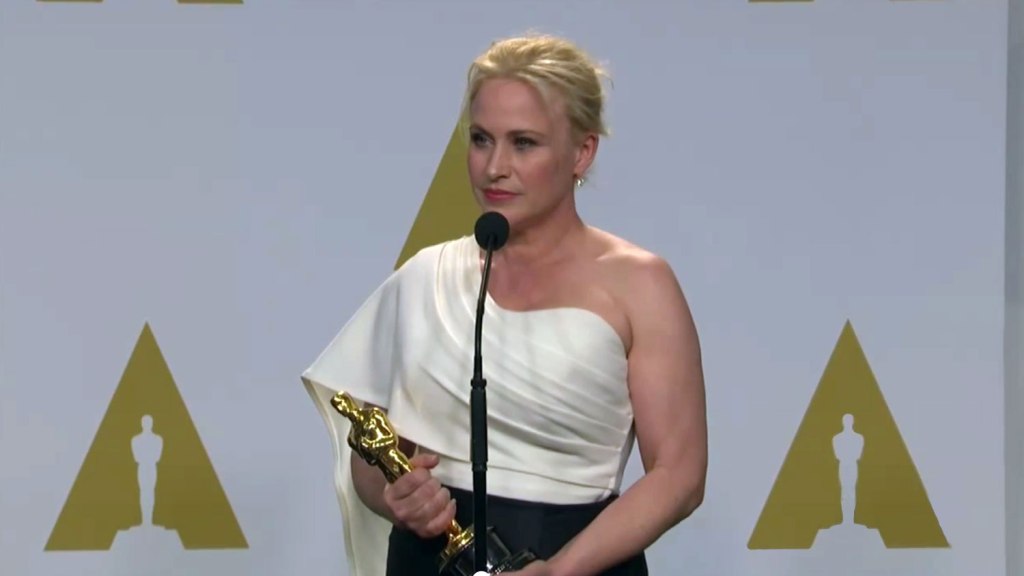 Did you watch the Oscars? That’s OK — I didn’t either! The ceremony tends to be a celebration of all kinds of things that I’m tired of celebrating: whiteness, wealth, and insane and exacting beauty standards, to name a few. I was pleasantly surprised to find out that gender equality got a [very brief] moment in the spotlight during last night’s festivities while I was enjoying some Chipotle.

Patricia Arquette, in her acceptance speech for the Best Supporting Actress Award for Boyhood, gave a shout-out to the need for equal wages for women — which, ICYMI, is still not a thing in the United States. This is good! Yes! It made both Jennifer Lopez and Meryl Streep explode out of their seats in enthusiastic agreement — and anything that makes the goddess who once played Maid in Manhattan and the goddess who once played “coolly disparaging ex-wife” in Manhattan share a moment of joy is rare poetry.

And then, in a post-ceremony press conference, Arquette said a couple of things that were markedly less clap-worthy:

“The truth is even though we sort of feel we have equal rights in America, right under the surface there are huge issues that are at play that really do affect women. And it’s time for all the women in america, and all the men who love women, and all the gay people and people of color that we have all fought for to fight for us now.” [My emphasis.]

It’s an indisputable fact that we don’t have gender equality in the United States. But we also don’t have racial equality — something very much driven home by this year’s Oscars, in which the vast majority of the nominees were white — or sexual orientation equality, and in trying to prioritize one marginalized group over another, no one wins. “You’ve had your time – it’s our turn!” is not only a counterproductive approach to actually achieving equality for all, it borders on antagonistic. It also — somewhat disastrously, given a long and fraught history of the feminist movement excluding queer people and people of color — fails to recognize the obvious fact that women make up substantial parts (read: half!) of minority and queer groups. Granted, Arquette’s full response (which you can watch here starting at 1:39) had a mild case of word-salad syndrome, and one hopes that she was overwhelmed and not at her most articulate.

Are you wondering why equality for women, minorities, and gays is a Grist issue? Great! Here are some good places to start: