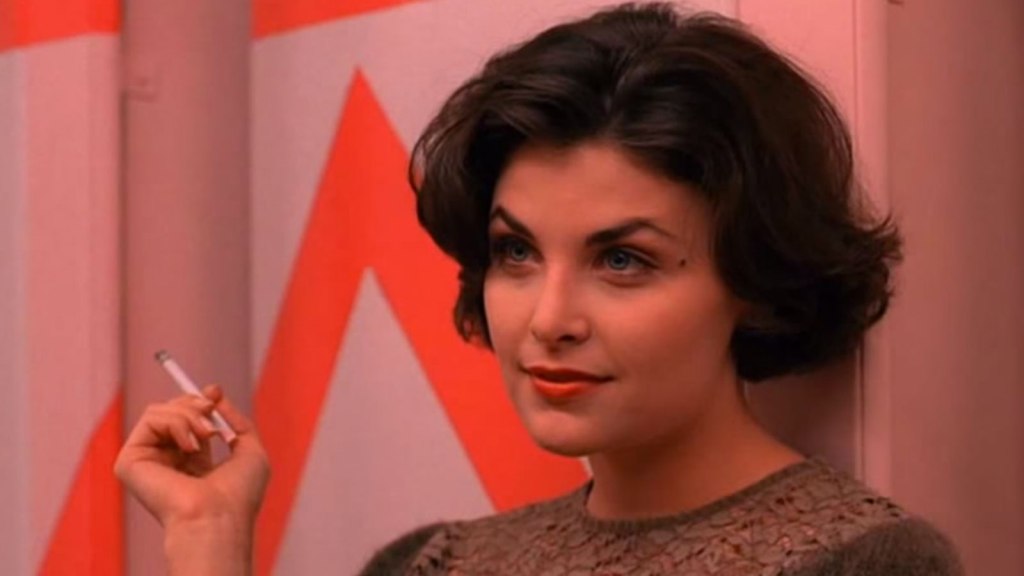 Here at Grist HQ, like much of the internet (read: approximately 63 percent of my Twitter feed), we are elated to hear that Twin Peaks shall be making a return to television in 2016. Our offices, for those unaware, actually have a lot in common with the marvelous and fictional town of Twin Peaks, Wash.

Anyway, we got to chatting about the role that this seminal show had in our development as young environmentalists. One writer, who will go unnamed, dared to suggest that the Log Lady is the green hero(ine) of Twin Peaks.

No shade, but she is a fool. Audrey Horne holds that title, and it’s unthinkable that anyone might challenge her for it. Let us review, briefly, what the Log Lady contributed to greening the town of Twin Peaks:

Let us review, also briefly, what Audrey Horne did to make Twin Peaks a better and more sustainable place (SPOILERS, but if you haven’t watched the whole show I honestly don’t know how you’ve gotten so far in this post):

And here’s what we all really care about, even if we hate to admit it: Who would you rather be, Audrey Horne or the Log Lady? Audrey Horne, every damn time. She has literally zero fucks to give, she’s the wisest of all high school bathroom philosophers, and she’s a woman who knows what she wants and goes for it. The Log Lady has to lug around a hunk of firewood everywhere, and she doesn’t even have a real name.

Potential plotline for Twin Peaks 2016: Audrey Horne (having survived the bank debacle of the show’s finale) chains herself to oil trains across Washington state to protest ongoing explosions and spills. I’d watch every second of that.

Do you disagree with me? I’m sure you do. Go ahead and defend your Log Lady! You and Grist Fellow Madeleine Thomas (WHOOPS) will never convince me otherwise.