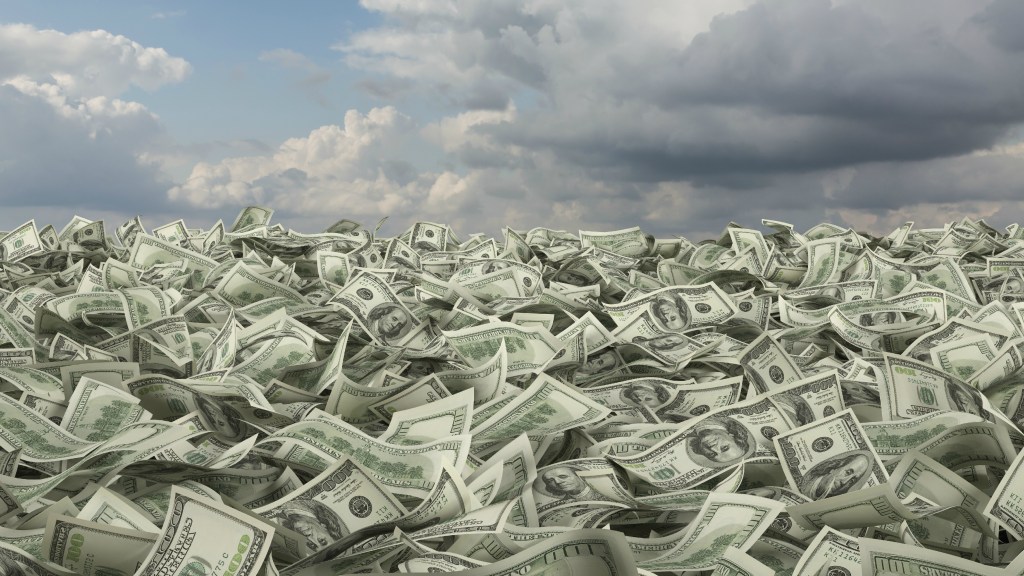 Shutterstock
A rising tide of cash

Hawaii has become “ground zero” in the controversy over genetically modified crops and pesticides. With the seed crop industry (including conventional as well as GMO crops) reaping $146.3 million a year in sales resulting from its activities in Hawaii, the out-of-state pesticide and GMO firms Syngenta, Monsanto, DuPont Pioneer, Dow Chemical, BASF, and Bayer CropScience have brought substantial sums of corporate cash into the state’s relatively small political arena.

These “Big 6” pesticide and GMO firms are very active on the islands, making use of the three to four annual growing seasons to develop new GMO seeds more quickly. The development of new GMOs by these pesticide and seed conglomerates goes hand-in-hand with heavy pesticide use in some of the islands’ experimental crop fields, new data show.

Kauai County — consisting primarily of the island of Kauai, known as Hawaii’s “Garden Isle” and home to Waimea Canyon State Park — passed a law in November 2013 that will require disclosure of pesticide use and GMO crops sewn by growers and create buffer zones around schools, parks, medical facilities, and private residences. The law is set to go into effect in August 2014.

Since experiencing these setbacks, the ag giants have retaliated in a big way. And they and other Big Ag interests have poured money into lobbying against GMO restrictions and backing GMO-friendly candidates (details below).

Barbara Polk, chair of Common Cause Hawaii — a state branch of the nonpartisan, grassroots organization that strives for open, honest, and accountable government — told the Center for Media and Democracy (CMD), “The influx of big money and threat of unlimited ‘independent expenditures’ have resulted in politicians statewide increasingly placing the interests of corporations over the interests of citizens. Politicians are forced to consider the likelihood of facing well-funded opposition and attack ads in the next election if they don’t toe the corporate line.”

Ashley Lukens, program director of the Hawaii Center for Food Safety — a state office of the environmental advocacy organization that opposes the use of GMOs and harmful pesticides — adds, “The impact of this corporate cash on local politics is not just that representatives are pressured to vote based on donations to their campaigns. Rather this cash has been strategically spent to create a mirage of confusion and disagreement around very mainstream issues like pesticide disclosure and GMO labeling.”

For example, according to a national poll by Consumer Reports released last week, 92 percent of U.S. consumers think that GMO food should be labeled before it is sold and meet long-term safety standards set by the government.

“Standing up for something as conservative as transparency around chemical use in Hawaii is treated as though it is radical,” Lukens continued. “This radicalizing of dissent simply serves to silence the majority of the public and keep them from participating publicly in the civic process.”

But the local activists aren’t backing down, and some say the Big Ag expenditures might even backfire. Kauai County councilmember and former state legislator Gary Hooser (D), who coauthored the county’s 2013 ordinance requiring disclosure of GMOs planted and pesticides used as well as buffer zones, told CMD, “A lot of people never involved in politics, activism, or advocacy are getting involved because the big money interests are so in your face. There are candidates running on our side who never thought they’d be running, inspired by the companies’ poisoning of our community and control of our government.” Hooser, who is up for reelection himself this year, calls Kauai “ground zero” not just for the testing of GMO crops, but also for “democracy in action.”

Here’s a breakdown of the money agribusiness interests are pouring into Hawaii, and the ways they’re trying to influence the system, as analyzed by the Center for Media and Democracy/Progressive Inc.:

Monsanto, Bayer, Syngenta, DuPont Pioneer, and several associated trade groups spent over $50,000 lobbying the state legislature from January through April 2014, as legislators considered bills to override the county laws regulating GMOs, according to data from the Hawaii State Ethics Commission (as reported through June 6, 2014).

Of these, the Hawaii Crop Improvement Association (whose members include Dow AgroScience, Monsanto, Pioneer Hi-Bred International, Syngenta, and BASF) had the highest expenditures at $10,800; the powerful national trade association the American Chemistry Council (whose members include BASF, Bayer, Dow, and DuPont) and Syngenta each spent $10,000; and Monsanto spent $8,982.

The big agricultural corporations Monsanto, Syngenta, Dow, DuPont, and Bayer, associated trade groups, and their lobbyists and employees contributed over $700,000 to state and county candidates from November 2006 through December 2013, according to a new CMD analysis of Hawaii Campaign Spending Commission data. Initial campaign finance reports for what is shaping up to be an expensive political battle this year are not yet released.

Lobbyists — several of whom have multiple clients besides big ag interests — and their spouses contributed over $550,000.

Top recipients of this special-interest largesse include:

Of the “Big 6” chemical and seed companies and their trade associations lobbying and/or contributing to political candidates in Hawaii, Bayer, Dow, CropLife America (a pesticide and agricultural chemical trade association), and the American Chemistry Council have ties to the American Legislative Exchange Council (ALEC).

ALEC approved a “model” bill in 2013 for states to override the ability of counties and cities to democratically determine how they will regulate GMOs at the local and regional level, as CMD has reported.

Bayer was listed as the ALEC corporate co-chair in the states of Massachusetts, Nevada, Pennsylvania, South Dakota, and Texas as of 2011; has sponsored several ALEC meetings; has been listed as a member of the Civil Justice and Health and Human Services task forces; and was a member of ALEC’s Private Enterprise Board through 2012.

Dow Chemical has been listed as a member of ALEC’s Energy, Environment, and Agriculture Task Force and has sponsored at least one ALEC meeting.

CropLife America has been listed as a member of ALEC’s Energy, Environment, and Agriculture Task Force and co-chaired its Agriculture Subcommittee. This subcommittee adopted Oregon’s bill overriding local control over GMO regulation as an official “model” bill in 2013 while CropLife’s Jeff Case was its co-chair, as CMD has reported.

The American Chemistry Council has also been listed as a member of ALEC’s Energy, Environment, and Agriculture Task Force and has sponsored at least one ALEC meeting.

Disclosure: The Center for Food Safety and Earthjustice have intervened in a federal case on behalf of Kauai County. Free Speech For People filed an amicus brief in support of the county, and Progressive Inc. President Lisa Graves is on the group’s legal advisory committee.

This article is part of “What The Fork!?! Corporations and Democracy,” a collaborative media effort investigating corporate control of our democracy and our dinner plates. The articles and radio segments are the combined work of Making Contact, The Progressive, the Center for Media and Democracy (publisher of ALECexposed.org), and Food Democracy Now, along with reporting from Earth Island Journal, Grist, and Cascadia Times. Reporting has been made possible in part by a generous grant from the Voqal Fund. Read stories and more at WTFcorporations.com, and follow #wtfcorps and #BigAg on Twitter and Facebook.