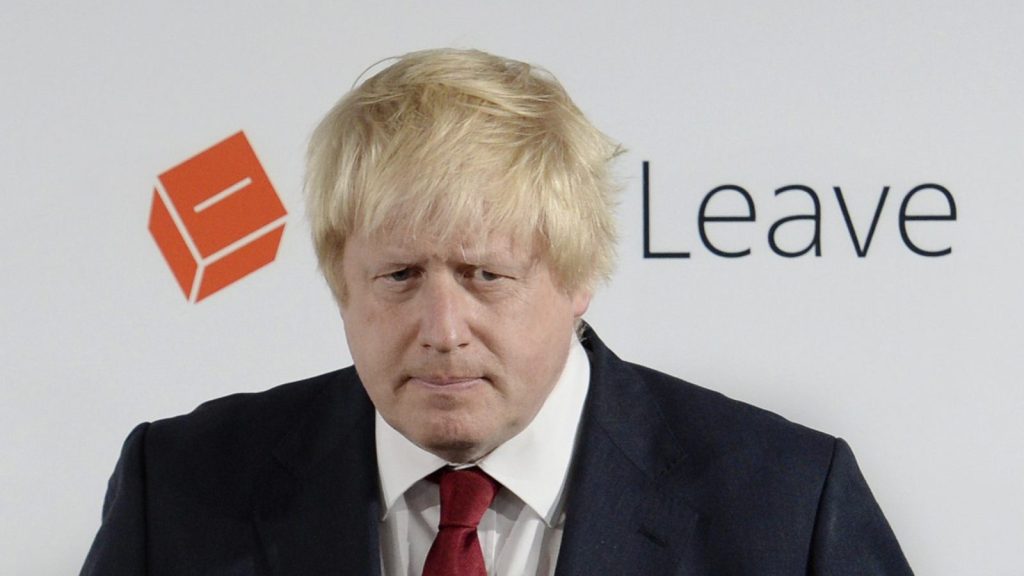 Former London Mayor Boris Johnson might not fit the grand tradition of British prime ministers. (He once compared his chances of becoming PM to being blinded by a champagne cork.) But Johnson is poised to lead the Conservative Party — and thus the country — in a post-Brexit world. Even sillier than his nickname is that this otherwise sharp politician is a climate waffler in the Donald Trump vein. His waffling just sounds a lot smarter.

The frontman of the successful Vote Leave campaign, Johnson is a favorite to take the nation’s helm in October when current Prime Minister David Cameron steps down in the wake of Thursday’s vote. And since the next U.K. general election isn’t until 2020, he’ll likely be sticking around for awhile.

Environmentalists had expressed deep concern at the thought of the U.K. leaving the EU, often citing the tendency of the “Leave” camp to deny climate science. BoJo himself has climate views that have been described as “an embarrassment to London’s scientists.” His closest climate consultant is Piers Corbyn, a fierce proponent of global cooling (apparently a thing that people still research). Johnson previously suggested Britain was witnessing the onset of a mini-ice age.

Yet the former mayor is also a previous deputy chair of the C40 Climate Leadership Group, and he recently declared that it is “vitally important that world cities unite and work together to mitigate climate change.” As the Brits would say, what in blazes is going on?

Just as Donald Trump signed a public letter urging climate action back in 2009, Johnson appears to adjust his language as a function of political convenience. It’s hard to know what he truly believes.

The real problem then is that, unlike Trump, Johnson is usually level-headed and articulate — which makes his equivocation on climate seem a bit more sinister. In a December column for the Telegraph, he wrote: “We ordinary human beings are not so rational; we are no different from all earlier cultures in that we have to put ourselves in the story, and to attribute this or that individual weather event to our own behaviour or moral failures. Think of Agamemnon at Aulis, unable to get the wind he needed to sail for Troy.”

Our advice with Johnson in charge (even temporarily): Watch out for flying corks.