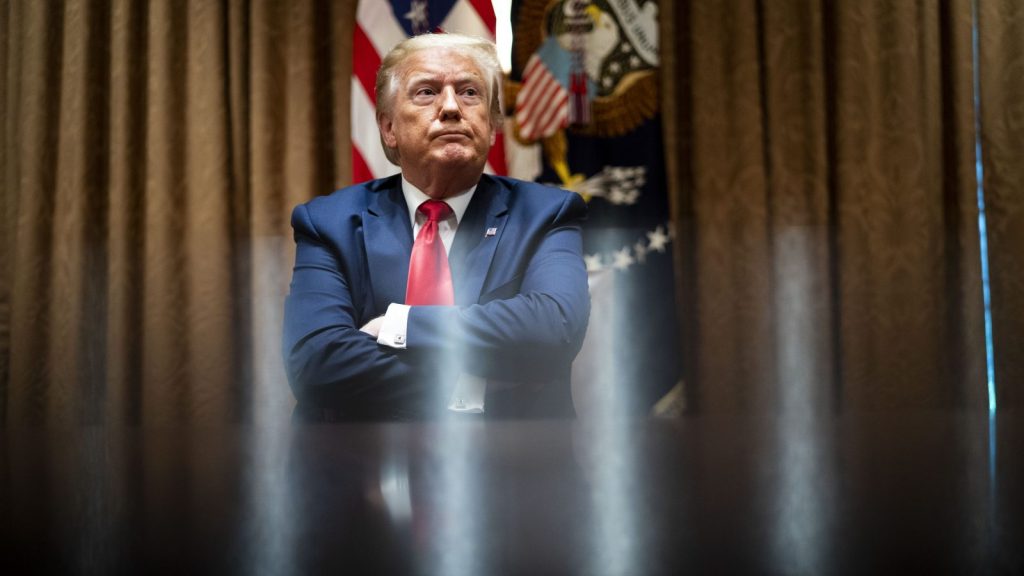 The Republican National Committee voted to approve its 2020 platform last week with little fanfare. Casual browsers of the 58-page platform might be confused by the dozens of disparaging references to the “current administration,” “current president,” and “current occupant” of the White House. Has the Grand Old Party turned on its commander in chief?

Not quite. The RNC’s official platform this year has been rolled over unchanged from 2016 for reasons more logistical than strategic.

The RNC’s executive panel voted to keep the 2016 platform last Wednesday because of a dustup between President Trump and North Carolina Governor Roy Cooper, a Democrat, over the coronavirus protocol at Trump’s upcoming nomination speech in Charlotte. Cooper wanted the Trump team to implement social distancing measures to keep attendees safe from the spread of COVID-19. Trump, predictably, refused. The speech portion of the convention was ultimately moved to Jacksonville, Florida. Rather than make its 5,000 Republican delegates and alternates fly to both Jacksonville to see the president speak and Charlotte to vote on a new platform — or risk the possibility of a small number of rabble-rousing delegates gathering in Charlotte to pass a new platform while everyone else was distracted — the RNC decided to just keep its old platform.

The decision makes sense practically speaking. Policy-wise, it leaves the GOP in the dust — especially when it comes to climate change.

The 2016 platform uses the word “climate” in the context of climate change all of nine times. Highlights include “The United Nations’ Intergovernmental Panel on Climate Change is a political mechanism, not an unbiased scientific institution” and “climate change is far from this nation’s most pressing national security issue.” Sections on the environment aren’t much more nuanced or policy specific. “The environment is too important to be left to radical environmentalists,” the platform states before pivoting to the importance of job creation and a proposal to reduce the Environmental Protection Agency’s power. In all, the platform makes no acknowledgement of anthropogenic climate change and offers little in the way of solutions, apart from calling for “the cost-effective development of renewable energy sources” via private capital.

Since 2016, younger Republican voters and even some GOP lawmakers have started pushing for conservative climate solutions. The platform reflects none of that progress. All the while, the effects of rising temperatures are being felt all around the world. This year alone, the intersection of coronavirus and natural disasters like wildfires, hurricanes, and flooding threatens to overwhelm the nation’s disaster response system.

Across the aisle, the Democratic National Committee has yet to vote on its 2020 platform. But a climate committee within the DNC (independent from its moderate leadership team) recently unveiled a proposal which calls on the federal government to spend between $10 and $16 trillion to expedite the nation’s transition from fossil fuels to renewable energy by 2040. Before that proposal was introduced, moderate Democrats in the House announced a goal to get to net-zero emissions by mid-century. And before that, Alexandria Ocasio-Cortez won her House race in New York and immediately started pushing for a Green New Deal.

In four short years, Republicans managed to put lightyears between themselves and Democrats just by standing still. Luckily for the party, its younger members don’t think cryogenically freezing Republican policy is a winning political strategy. On Monday, the American Conservative Coalition, an environmental group started by college Republicans, released a new ad aimed at their party’s elders called “The Future is Watching.” The ad will be playing all week on Fox News. “Join the young conservatives fighting for a clean future,” it says. Will the GOP heed that call? We’ll have to take a gander at the party’s platform in 2024.