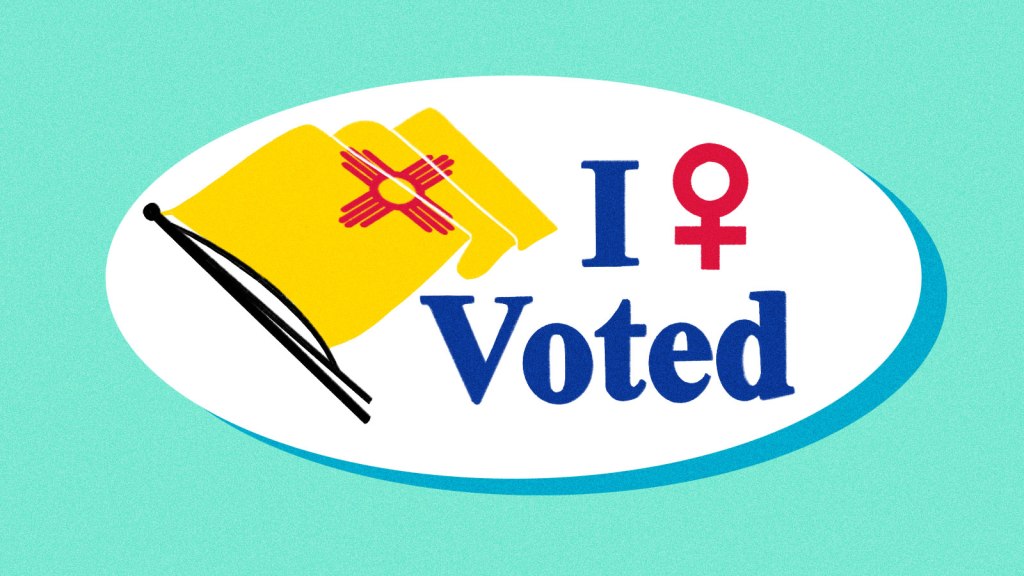 The day after Kristina Ortez won the Democratic primary for New Mexico’s House of Representatives in early June, she went camping with her family on the Rio Chama River, a major tributary of the Rio Grande. There, the enormity of what had just happened finally hit her. “I’ve never run for office before,” she said, “so I just wasn’t prepared for the crazy rush of emotions.” Ortez, who is the executive director of the Taos Land Trust, is the first woman to become the Democratic candidate in the general election for New Mexico’s 42nd district, which includes the city of Taos and wide swaths of Carson National Forest.

Ortez was one of 18 pro-environment candidates — as defined by the League of Conservation Voters based on candidates’ answers to a green questionnaire, among other criteria — to win House and Senate primary races in the state on June 2. Fourteen of those races were won by women/ Ortez, who identifies as Chicana, was asked to run for office a number of times by a progressive candidate recruitment program before she finally said yes, she said, explaining that she initially rejected the idea because the timing wasn’t right and she didn’t feel qualified for the job. “We cannot do that anymore,” she said, referring to women in general. “Our communities need our voices, and there’s been a community call for change.”

On the state Senate side, Brenda McKenna, a member of the Nanbé Ówîngeh tribe, clinched the Democratic party’s nomination for Senate District 9, just north of Albuquerque, by a couple thousand votes. She’s taking a leave of absence from U.S. Representative Deb Haaland’s office, where she has worked as a field representative for the past year and a half, to run for office. Haaland, a member of the Laguna Pueblo tribe who represents the congressional district that includes Albuquerque, became one of the first two Native American women to serve in Congress in U.S. history when she was sworn in last January. Shortly after being sworn in, Haaland was tapped to vice-chair the House Natural Resources Committee, where she has helped introduce climate change legislation addressing emissions from public lands.

It was on a trip with Haaland (who endorsed her bid for state Senate) to the Four Corners region of New Mexico in 2019 that McKenna realized the scope of the emissions problem in the state. “Pipes were leaking methane on Navajo Nation lands,” McKenna told Grist, explaining that she used specialty cameras to see the methane clouds “Methane was just spewing out, it’s no wonder you can see these methane clouds with satellites.”

The swath of pro-environment women who swept the Democratic primaries signal the solidification of a shift in New Mexico’s political landscape that began in earnest in 2016, when Republicans lost their slim majority in the state’s House of Representatives even as Donald Trump ushered in a red wave across the country. State Senate Democrats gained two seats that year, strengthening their majority. Two years later, the state turned a deeper shade of blue when more Democrats were elected to the state House of Representatives and Democrat Michelle Lujan Grisham, who climbed a 265-foot wind turbine in one of her campaign ads, flipped the governor’s seat.

Under Governor Lujan Grisham’s leadership, New Mexico has advanced some of the most ambitious climate change policy in the nation. “Even conservationists here in the state didn’t realize how ambitious she was going to be right out the gate,” Ben Shelton, political and policy director at the environmental group Conservation Voters New Mexico, said.

Within her first month in office, she had issued an executive order calling for the state to cut emissions 45 percent by 2030. With a Democratic House and Senate, she immediately started pushing for climate and environmental legislation. Even the state’s utility companies backed her landmark Energy Transition Act, which aims to make 100 percent of the state’s energy carbon-free by 2045.

Grisham’s climate advocacy paved the way for a different flavor of politics in New Mexico, which gets billions of dollars a year in revenue from taxes on oil and gas companies and oil and gas leases. The COVID-19 pandemic helped jumpstart a dialogue around oil and gas revenue, too. “Forty-five to 55 percent of our budget depending on the year comes from oil and gas revenue,” Ortez said. “A couple of months ago when some types of oil were negative $37 a barrel, that really opened up this conversation in a real way — a lot of people were having conversations about how we can diversify our economy and reduce our reliance on those dollars to our budget.”

Camilla Feibelman, director of the Sierra Club’s Rio Grande chapter, says New Mexico’s state government is one of the state’s only lines of defense against the Trump administration’s environmental rollbacks. “There is a lot that New Mexicans need protections from, and this election says to companies like Chevron that you can’t buy our state’s interest,” she said. Twenty-five of the 31 2020 primary candidates the Sierra Club endorsed in New Mexico were successful, she said.

Ortez and McKenna ran on primary platforms that focused on climate change and environmental justice, in addition to hot-button issues in the state like early childhood education and jobs. They both plan to push for green policy should they make it to the Roundhouse.

In order to reduce the state’s emissions, McKenna plans to advocate for renewables and champion green alternatives to polluting industries. She wants to expand the state’s network of electric vehicle charging stations, something she says will encourage consumers to buy green cars. She wants utilities to commit to hitting clean energy targets on a faster timeline, and she wants her state to become a leader in wind power, something it’s on its way to doing under Grisham’s leadership. “I’ll be a strong ally to Governor Grisham,” McKenna said.

Her Republican opponent, John Clark, does not support additional renewable energy mandates. One area where McKenna agrees with Clark is that she doesn’t support a ban on fracking — at least not right away. “I think it’s just really important that we do not take people’s jobs from them, because that’s how they’re feeding their families, especially now with COVID-19,” she said.

If Ortez wins in the general, she says she feels a lot of responsibility to connect the protests against racist police brutality springing up across the nation to larger issues of climate and environmental injustice. “I’m the Democratic candidate going into the general to tie together what’s happening with climate change and environmentalism with justice in our communities — racial justice in general,” she told Grist. “They’re inextricably linked.”

Taos County, which houses her district, is one of the poorest counties in a state that is among the poorest in the nation. Ortez says climate change needs to factor into the conversations her community has about alleviating poverty and income inequality. She plans to work with private landowners to create climate resiliency strategies and establish new protections for key water and land resources in northern New Mexico. “People here know that land and water is critical to our survival in this community and want to see real leadership here,” she said.

Both candidates are likely to win their general elections, and Shelton is optimistic that many of the other progressives who won primaries on June 2 will be victorious in the fall. “I’ve said for a few years now that 2018 and 2020 are the Trump backlash one-two punch for Democrats,” he said, referring to national trends. “That makes me feel a little bullish on some of these very very close swing districts in November.”

Feibelman said the primaries were an indication that New Mexico will push for even more green legislation in the coming months — particularly in the state Senate, where progressive Democrats ousted a number of incumbent, centrist Democrats on June 2, some of whom had been in office for many years. “It seems like we’ve got a more progressive glimmer on the horizon in the Senate where we’ll be able to make even more progress on passing pro-environment legislation,” she said.