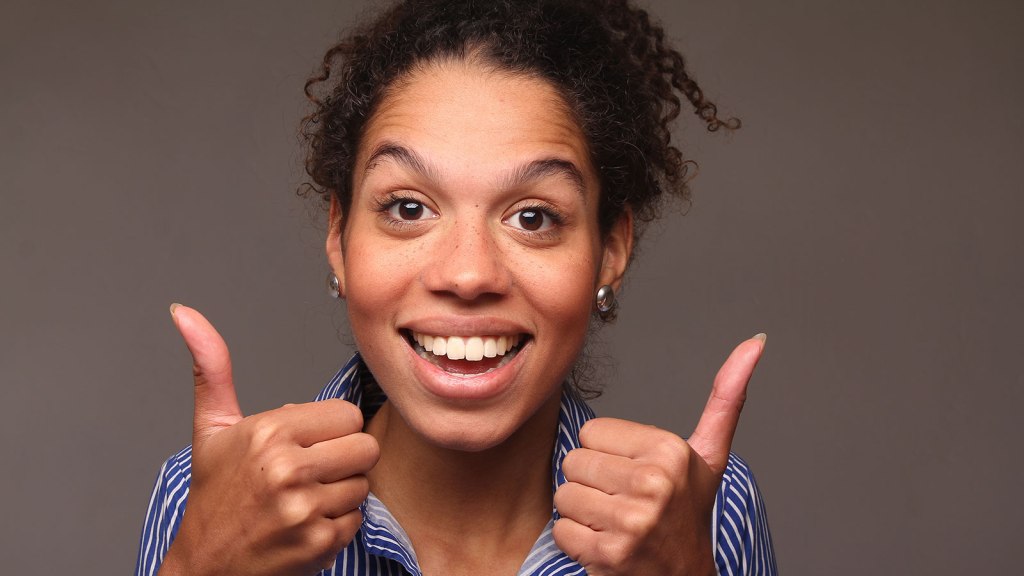 Shutterstock
the bright side

Hello. You can come out of the closet now. We know, it’s a scary day. You haven’t wanted to face the results of yesterday’s election — and for good reason! They’re grim. (No seriously. We’re talking crazytime grim, people.)

But there are some bright spots to be found amid the wreckage — and not just the fact that our (second-) favorite evening newscaster/comedian will have plenty of fodder for the next few years. As Grist’s Lisa Hymas reports, at least three climate hawks won their election races yesterday. And three is more than zero, so chipper up!

In an effort to keep you (and ourselves) from jumping out a window today, we’ve scraped together a few more scraps of good news:

OK, so passing four of the eight anti-fracking measures on city and county-wide ballots in California, Ohio, and Texas yesterday doesn’t sound like a total win, but believe us, it’s big. In San Benito County, Calif., a measure putting a moratorium on “high-intensity petroleum operations” passed readily — 57 to 43 percent — despite its supporters being outspent 15 to 1. (Good news for local farmers like Paul Hain!) And Mendocino County’s fracking ban won with even more of the vote: 67 to 33 percent.

In Athens, Ohio, folks had tried and failed to get a measure on the ballot in 2013, but this time, they overwhelmingly supported a measure that will keep the practice out of city limits. And perhaps the biggest news of all: The first-ever fracking ban in Texas — the nation’s biggest oil and gas producer — passed in Denton yesterday. Heck, if a town in Texas can do it, your town can, too.

The bus is comin’!

The election results on transit-related measures were about as consistent as your average busload of urban denizens, but there were a few glimmers:

Seattle residents flipped suburbanites the bird by approving a sales tax increase and a $60 annual car-tab fee to fund city buses. A similar, county-wide transit funding initiative went into the ditch in April, thanks to voters on the city’s fringes who apparently enjoy sitting in gridlock for two hours each day just to get to work and back. Let them rot in their cars, say Seattleites. We’ll have our buses.

In Atlanta, however, some suburbanites have gotten religion on mass transportation. Two years ago, voters in outlying counties torpedoed an initiative that would have raised $8 billion for regional rail and other transportation projects. Yesterday, residents of Clayton County, south of the city, flipped the script when they voted to join the Metropolitan Atlanta Rapid Transit Authority (MARTA) and add a penny to the local sales tax to fund buses and other transit.

Angie Schmidt has a good wrap-up of “the good, the bad, and the highway money grabs” at Streetsblog.

In food news, Berkeley, Calif., voters overwhelmingly approved a tax on sugar-sweetened drinks, despite a well-funded campaign by the industry to defeat the measure. The city estimates it will get $2 million a year from the tax, and that money is slated to go to school nutrition and dietary education programs. It’s just one little city, but it may be a model for others. If the food industry isn’t going to figure out how to sell us healthier products, we may see more sin-taxes like this to pay for the nutrition education kids need.

One of the most exciting food-related results of the night was Democrat Gwen Graham’s win over Rep. Steve Southerland in Florida. Southerland, a big proponent of not-feeding-hungry-people, garnered the enmity of anti-poverty groups for spearheading a proposal to gut the food stamp program. To get a taste of just what a jerk this guy is, sample a few sentences from the invitations he sent out for a a male-only fundraiser, designed to “prevent the gavel from returning to Nancy Pelosi”:

Good men sitting around discussing & solving political & social problems over fine food & drink date back to the 12th Century with King Arthur’s Round Table… Tell the Missus not to wait up because after dinner the whiskey and cigars will be smooth.

Dress code didn’t require top hats and monocles, but that goes without saying, right? So see, you can be happy that guy is going to be exiting the House.

Women of North Dakota and Colorado get to retain some control over their uteri — for now. Proposed “personhood” measures on yesterday’s ballot would have effectively criminalized abortion at any stage of pregnancy: In North Dakota, the proposed amendment stipulated “the inalienable right to life of every human being at any stage of development must be recognized and protected”; and in Colorado, the measure would have given unborn fetuses the right to be considered victims of crime. Voters shot down both measures, which is an especially pleasant surprise in the case of North Dakota, where the amendment was expected to pass.

Saying that reproductive rights are their own can of worms, as they’re so often described in polls, is a fallacy. Contraception and abortion are intrinsically tied to the social, economic, and environmental framework of our country, and it’s absurd that our elected officials still so fervently seek to challenge women’s rights to access them.

So take that, doom-and-gloomers! Yesterday wasn’t a complete train wreck. Only a partial one. Now get to work pushing back at the wing nuts and crazies we just elected to run this country. They need to know that we’re all still here.