In one of the highlights of Tuesday night’s occasionally awkward, virtual Democratic National Convention, delegates from 50 states, Washington, D.C., and several U.S. territories videoed in to cast their votes for the party’s 2020 presidential nominee. Deprived of the traditional convention setting, the delegates chose to lean into their regional personalities as they divvied up their votes between runner-up Senator Bernie Sanders and the now-official party pick, Joe Biden.

Video backgrounds varied: A young woman from Montana stood in front of a herd of grazing cows; Alabama Representative Terri Sewell gave a shout out in front of the Edmund Pettus bridge to recently deceased civil rights leader John Lewis. Rhode Island’s Democratic Party chair even voiced his support for Biden alongside a giant plate of calamari. 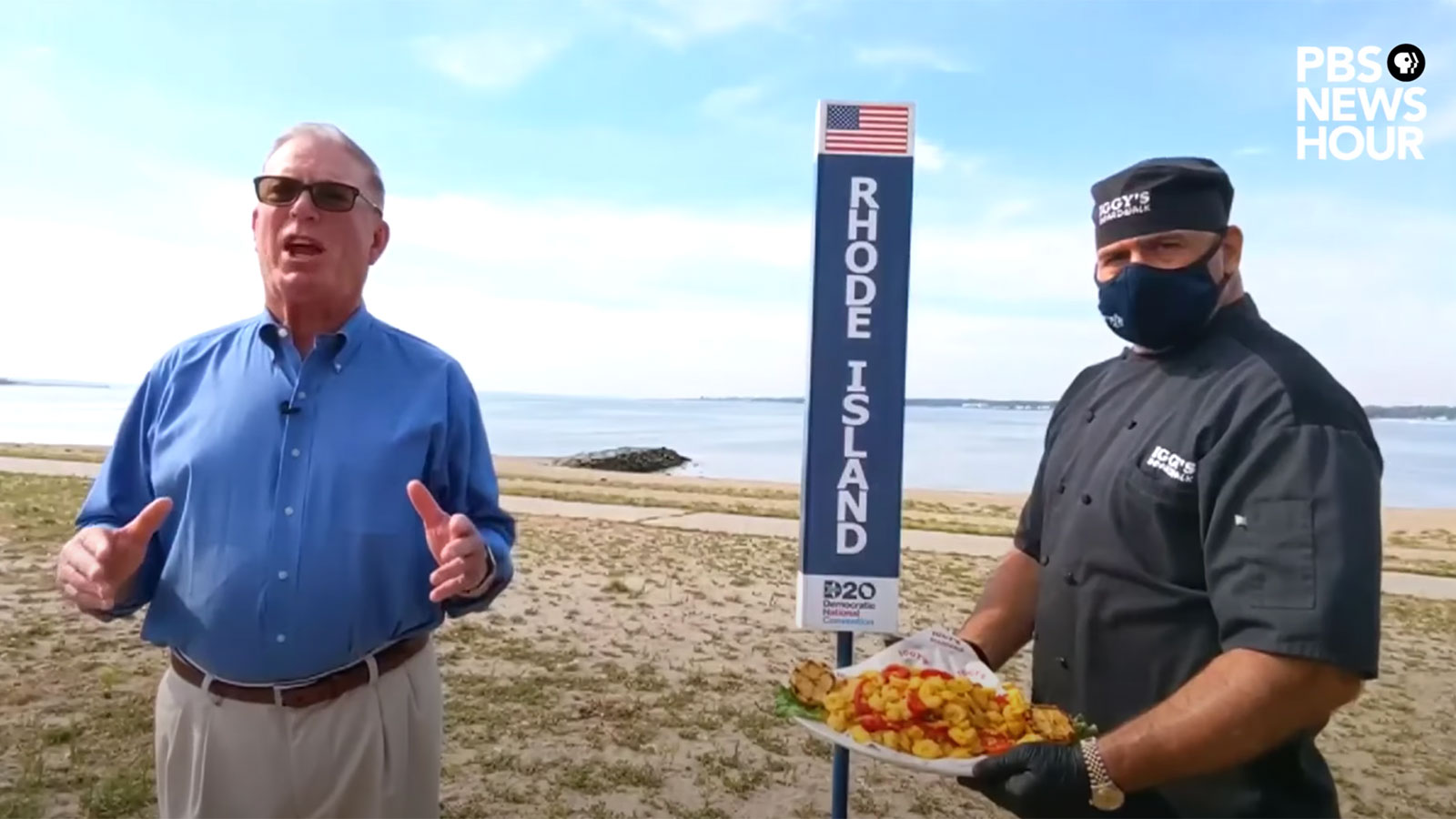 But the “roll call,” as it is traditionally known, also presented an opportunity for states to highlight the most important issues to their constituencies — and 11 delegations chose to use their brief allotment of time to focus on the impending climate crisis and the need for a green economy. “The waters we rely on to feed our families and make a living are threatened,” said veteran party activist and Alaska delegate Chuck Degnan as he stood on a driftwood-covered beach. “We must elect a president who will respect our voices, protect our waters, and address climate change.”

Other delegates boosted clean technology as a way to bring jobs back to their states. A straight-talking, super socially distanced delegate from Ohio pumped his fist in front of a giant wind turbine, praising Biden’s plan to fund electric vehicles and set up 500,000 electric car-charging stations across the country. In Idaho’s capital, Mayor Lauren McLean said, “Here in Boise, we know that clean energy doesn’t mean a healthier planet — it means good, paying jobs.”

Michigan autoworkers praised the industry-saving potential of electric vehicles, Indigenous delegates from New Mexico called for the protection of “natural and cultural resources,” and a former Iowa Governor Tom Vilsack and his wife, Christie, reminded Americans to keep both biofuels and the storm-ravaged state in their thoughts. Other climate-friendly delegations included those from California, Massachusetts, New Hampshire, Vermont, and Wisconsin.

But there were a few notable climate message holdouts — at least in those precious few seconds of airtime. Despite the state’s vulnerability to flooding and extra-strong hurricanes, Florida activist Fred Guttenberg, flanked by a giant Adirondack beach chair, chose to focus on gun violence rather than the state’s rising sea levels. (Though earlier in the convention the state’s agricultural commissioner, Nikki Fried, did call out the importance of addressing climate change to protect Floridians.) Carmelo Ríos Santiago, a senator from Puerto Rico, similarly left out any mention of climate, although he did lay into President Trump for abandoning the island — presumably a reference to Hurricane Maria.

The roll call was yet another indicator of how Biden has tethered his climate goals to a larger “build back better” agenda, promising to create millions of jobs while transitioning the U.S. toward clean energy. According to polling, the economy, health care, and COVID-19 top the list of policy priorities for moderate Democratic voters, although climate change is a top concern for more left-leaning Democrats. It also provided a rare focus on climate and energy during a convention that has overwhelmingly focused on other issues.

Although climate change was mentioned over a dozen times in the convention’s first two days (Washington Governor Jay Inslee and Sanders both highlighted it in their remarks), the climate crisis has generally taken a back seat to the problems of systemic racism, economic collapse, and the slow-moving disaster of the coronavirus pandemic. And even before COVID-19, Democratic candidates for the presidency rarely emphasized climate — during one of the debates, candidates only got a single question about the overheating planet. 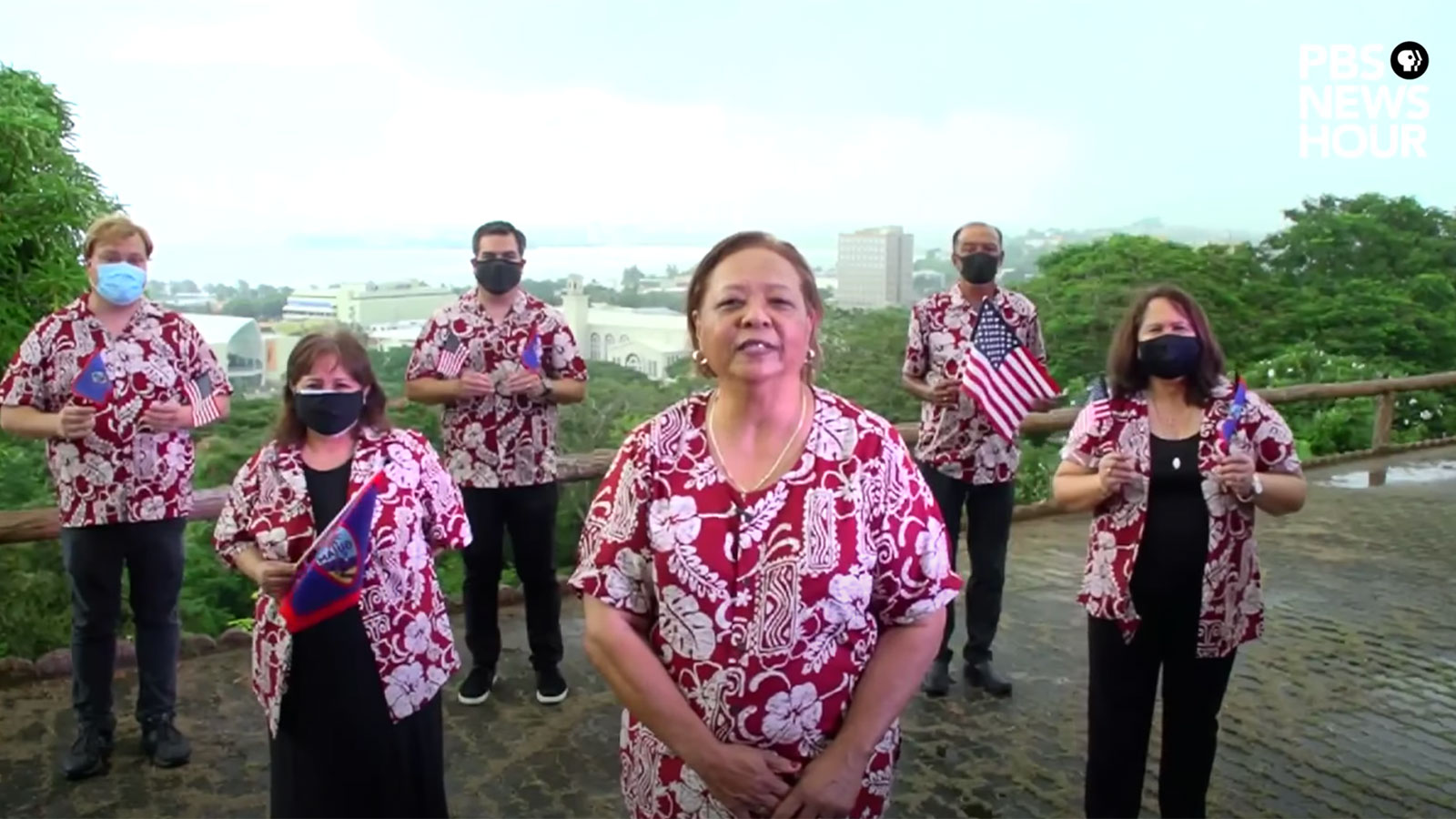 The delegation from Guam declares their votes for Bernie Sanders and Joe Biden. PBS

The roll call, however, demonstrated that other members of the Democratic Party are ready and willing to act on climate, especially if it aligns with other left-leaning priorities. Oh, and can I just mention that the delegation from Guam looks like they’re ready to drop the hottest album of the year?