These 2 Republican candidates are reasonable on climate change. They won't be at the debate 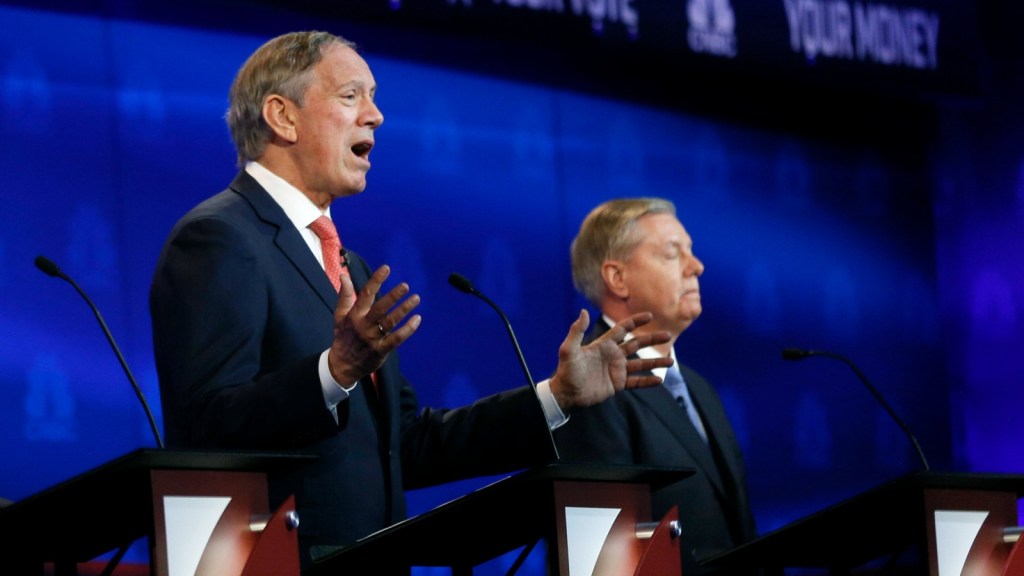 These 2 Republican candidates are reasonable on climate change. They won’t be at the debate

If you were hoping for a reasonable discussion about science during Tuesday night’s Republican presidential debates, you’re probably going to be sorely disappointed. That’s because the only two candidates with serious positions on climate change have been excluded from the event.

Last month, South Carolina Sen. Lindsey Graham and former New York Gov. George Pataki made news when they called out their own party for rejecting the science behind climate change. “I’ve talked to the climatologists of the world, and 90 percent of them are telling me the greenhouse gas effect is real, that we’re heating up the planet,” said Graham during CNBC’s Republican “undercard” debate — the early-evening consolation prize for candidates who aren’t polling high enough to land a spot in prime time. “It’s … not appropriate to think that human activity, putting CO2 into the atmosphere, doesn’t make the Earth warmer,” added Pataki. “It does. It’s uncontroverted.”

Out of all the candidates in the crowded GOP field, Graham and Pataki also have the strongest track records when it comes to actually fighting climate change. In the Senate, Graham once sponsored a cap-and-trade bill intended to rein in greenhouse gas emissions. As governor, Pataki helped create a regional cap-and-trade program in the Northeast. So I was excited to hear what they would have say on the issue during the debates that will air Tuesday on the Fox Business Network. Like its sister network Fox News, Fox Business is a major epicenter of climate science denial.

Unfortunately for science, Graham and Pataki won’t be on stage Tuesday. Neither of them are averaging anywhere close to 2.5 percent in the polls — the threshold Fox established for the main debate. They aren’t even managing the 1 percent average required to participate in the undercard debate.

Instead, viewers will hear from an array of global warming deniers. Ted Cruz believes that climate change is a “pseudoscientific theory”; Donald Trump calls it a “hoax”; and Ben Carson insists there’s “no overwhelming science” that it’s caused by humans. Viewers will also hear from candidates like New Jersey Gov. Chris Christie (who was recently demoted to the undercard stage). Christie acknowledges that climate change is real but seems to oppose any realistic plan to deal with it.

Then there are the folks who will be asking the questions. Last year, Fox Business managing editor Neil Cavuto — one of the moderators for Tuesday’s main debate — explained how he first became a climate change “doubter”:

Here’s what Trish Regan, one of the moderators for Tuesday’s undercard matchup, had to say when Sen. Bernie Sanders (Vt.) called climate change the country’s top national security threat during a Democratic debate earlier this year:

#Bernie says #climatechange is our biggest #1 threat. Maybe he should run for office in #Denmark? #DemDebate

So since you’re not likely to hear this tonight, here’s Pataki explaining why you really should believe what climate scientists are saying — and why you should vaccinate your kids, too: