Why some grads are refusing to pay their student loans 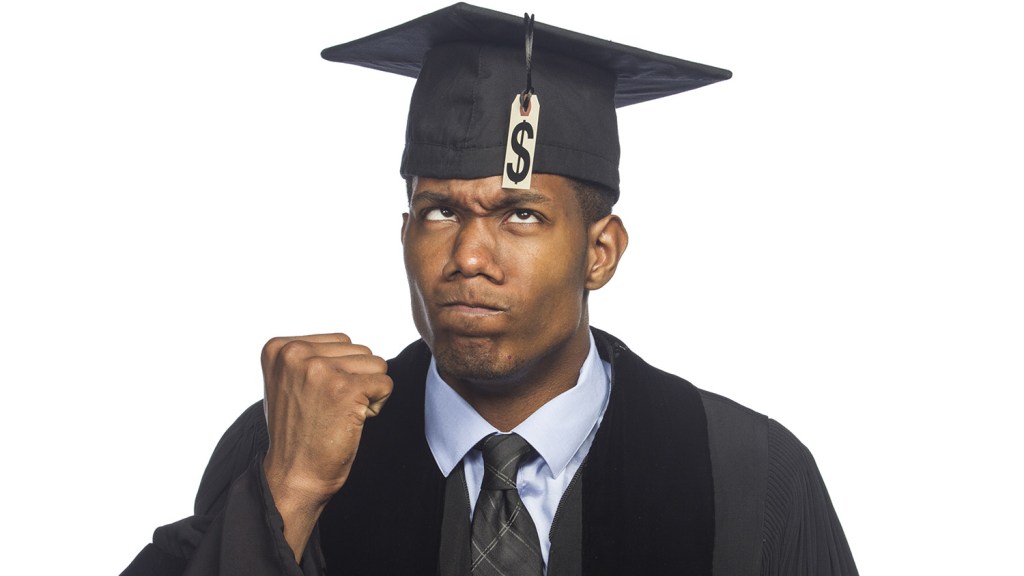 Why some grads are refusing to pay their student loans

A little over four years ago, the Occupy movement was in full swing in cities around the country. People often accused Occupy of being incoherent — which it often was. But one of the common threads that surfaced during the movement was a deep dissatisfaction with the way that debts — and student loans in particular — are handled in the U.S.

Someone surveying the social landscape back then might have predicted that student loans and the price of college tuition were on their way to becoming a huge political issue. That didn’t happen — although some have credited Elizabeth Warren’s tough talk on student loans as the linchpin of her grassroots popularity.

Last year, I interviewed Astra Taylor, a founding member of Strike Debt, about the legacy of Occupy, and she described a group that had been briefly brought together by common goals and technology, but was still figuring out how to actually go about changing the system that it had protested in the first place. “We want democracy,” she said at the time, “but we don’t have the political theory or skill to do it.” Taylor was part of a new group, The Debt Collective, that was working on more deliberate grassroots organizing.

Now there’s a new chapter in the saga: This week, a group of former students of the Corinthian Colleges — a for-profit college chain that was investigated and sued by the Consumer Financial Protection Bureau — are refusing to make any more payments on the federal student loans Corinthian helped them take out to finance their education. The students are calling themselves “The Corinthian 15.” With the help of the Debt Collective, they are calling for other Corinthian students to join their loan strike and planning a state-by-state legal campaign for full debt cancellation for all current and former Corinthian students.

As far as private colleges go, Corinthian was the baddest of a bad lot — part of a generation of for-profit colleges that emerged in the last few decades to pick up students who, in earlier times, would have gone to community college. Tuition and fees for a bachelor’s degree at a Corinthian-owned school cost between $60,000 and $75,000, but students who graduated often found themselves working the same fast-food jobs they had before they started, due both to Corinthian’s reputation and to the school’s failure to prepare them for their careers. One of the students described going to a job interview related to his degree and being mystified by the questions he was asked:

The Consumer Financial Protection Bureau argued that Corinthian deliberately inflated its tuition in order to force students to take on private loans, which had an interest rate of 15 percent. Earlier this month, the CFPB announced that it had won significant debt relief for Corinthian students who had taken out high-interest private loans. But they are still on the hook for the federal loans. The Corinthian 15 argue that the feds should have realized a long time ago that Corinthian was not up to educational standards and was engaging in shady financial practices.

The Corinthian 15 and the Debt Collective are fighting an obscure battle, but a shrewd one. If they succeed, expect to see more, similarly targeted efforts in the student-debt fight.