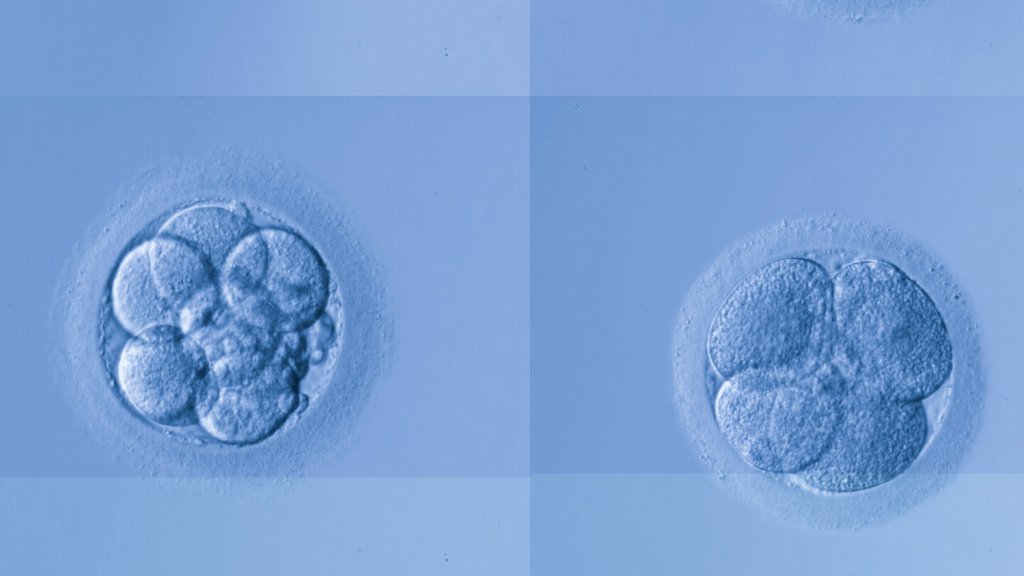 When the news broke last week, suddenly we were there: the future. Scientists had edited human DNA, both breaking a long-standing research taboo and crossing yet another thing off the sci-fi-IRL to-do list. Bring on the references to Gattaca, or to Brave New World, or to Margaret Atwood’s MaddAdam trilogy — basically, fill in your favorite piece of dystopian science fiction that embodies a deep distrust of “artificial” or “engineered” organisms, and you get the picture.

Not that all that fear is fiction; there are real reasons to be very concerned at the headline, “Scientists genetically modify human embryos.” For instance, there is a risk of accidentally introducing new traits into the human gene pool, which could have long-ranging effects we cannot predict, say commenters in Nature and Science. We might try to cure one disease while inadvertently introducing a new one (and nevermind the bioethical concerns of “designer” humans”).

So since the news broke, plenty of scientists and organizations have been trying to clarify the very real threats by these kinds of experiments. For one, the NIH released a statement promising not to endorse any research that involves applying the gene-editing technique in question to human DNA.

But it’s probably not time to kick into full-on panic mode yet. For one thing, the Chinese scientists were not actually planning to create superhumans, or even viable embryos. What’s more, they weren’t very successful at the one bit of gene editing they were attempting. From The New York Times:

The Chinese researchers did not plan to produce a baby — they used defective human embryos — but did hope to end up with an embryo with a precisely altered gene in every cell but no other inadvertent DNA damage. None of the 85 human embryos they injected fulfilled those criteria. In almost every case, either the embryo died or the gene was not altered. Even the four embryos in which the targeted gene was edited had problems. Some of the embryo cells overrode the editing, resulting in embryos that were genetic mosaics. And speckled over their DNA was a sort of collateral damage — DNA mutations caused by the editing attempt.

If you’re still confused about just what all this fuss is about, Carl Zimmer at National Geographic has an excellent explanation of what the scientists were trying to do with the gene-editing technique called CRISPR, and how it went wrong. The short version is that CRISPR is a promising technique for splicing specific sequences out of a genome and replacing them with new material. It has been both touted as a way to engineer a better food supply — and pilloried as a way to ruin it.

Which brings me to my main point: Amid all the hubbub — some of it quite justifiable — an undercurrent of pure panic is detectable. We are inherently distrustful of GMOs, as Maria Konnikova explored in the New Yorker in 2013 (and as Grist’s own Nathanael Johnson discovered over the course of his own deep-dive on the subject).

A recent opinion paper in Trends in Plant Science backs this up, digging into some of the biggest reasons why we are especially amenable to anti-GMO messages. For one, we fall into a common logical fallacy known as “psychological essentialism,” which psychologist Tania Lombrozo describes on NPR’s Cosmos & Culture as: “the tendency to think of species as being defined by some underlying essence that makes an individual the kind of organism that it is, and that gives rise to its core properties, such as what it looks like and how it tastes.”

To be clear: That’s not true, or organ transplants would be a lot weirder than they already are. There is nothing ineffably, indescribably me about my lung, were it to be removed from the rest of me — same goes for any random section of my DNA. Anti-GMO-food activists who use the “fishy tomato” argument are falling into the same fallacy: Of all the reasons you might be concerned about engineered tomatoes, them tasting of tuna is not one.

Lombrozo also highlights our weird preference for things to be “natural” — even if we don’t really understand what that means:

A 2012 article on European and American beliefs about the meaning of “natural” found that for many people it’s defined by negation: When it comes to food, the natural is that which does not involve additives, processing or human intervention. Consistent with these ideas, a study published in 2014 found that genetic hybrids were judged more negatively when they came about via genetic modification than via natural procreation, even when the gene combinations themselves were the same. Cisgenic modification was also judged more natural than transgenic modification, though neither was judged favorably by most respondents.

There’s no doubt these forces are at work when we think about the (so far, still only theoretical) idea of GMO humans. But the fact of the matter is that we do plenty of unnatural things in the name of medicine (or, like, ideal crunch factor): for example synthetic insulin (which we churn out using bacteria and yeast), or titanium knee replacements, or pacemakers. It seems that in certain cases, if the unnatural technology directly solves a problem or saves a life, we tend to be OK with it.

So just for the moment, put aside your dystopian concerns of a genetically “perfected” human societies — there are plenty of chronic or fatal diseases we might hope to cure with some kind of gene-editing technology, says Zimmer:

Hemophilia, sickle cell anemia, cystic fibrosis – the list goes on and on. As I wrote in the Atlantic in 2013, a particularly cruel genetic disorder, fibrodysplasia ossificans progressiva causes people to grow a second skeleton. It’s caused by a mutation that changes a single “letter” of a single gene, called ACVR1. The protein encoded by the gene doesn’t work properly, triggering a wave of changes in people’s bodies, with the result that when they heal from a bruise, they replace entire chunks of muscle with new bone.

In some cases, people can offset many of the symptoms of genetic disorders with simple changes, like watching what they eat. In other cases, like hemophilia, they have to take regular doses of drugs to remain healthy. In other cases, like fibrodysplasia ossificans progressiva, there’s no effective treatment yet.

If we could detect and correct the gene responsible for fibrodysplasia ossifi — er, that creepy bone thing, would anyone really argue that we shouldn’t because it would be “unnatural” to do so? (Probably someone would, but still.) There is nothing natural, or at least nothing naturally superior, about slowly growing a second skeleton because you happen to have one miscopied base in one gene.

We can’t do that yet, as the Chinese scientists have effectively proved; like cloning in its early stages, CRISPR and other gene-altering therapies are too temperamental to reliably apply. The problem is that we can see what might be possible, without being able to say for certain what is possible — for good or for ill.