These bacterial communities are heating up the desert 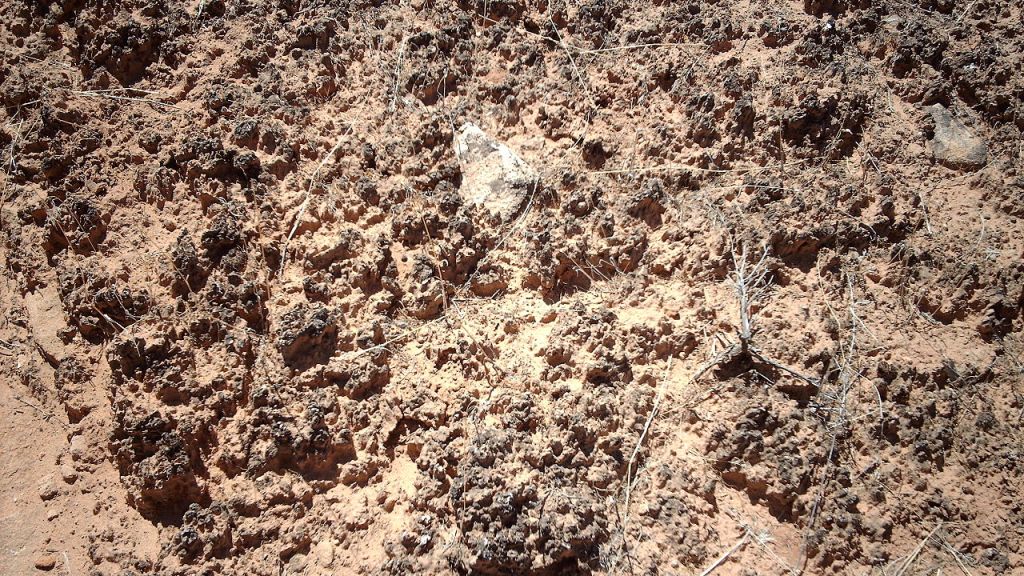 These bacterial communities are heating up the desert

Do you ever feel like this is a microbial world, and that we’re just living in it? It seems like every day, scientists are discovering new ways that these invisible communities are manipulating our health, impacting the climate, keeping ecosystems in check, and (maybe) occasionally killing off more than 70 percent of all species on Earth.

Well, now we can add one more thing to their resume: heating up the desert. According to a new paper published in Nature Communications, bacterial communities that form on arid soil can increase surface temperatures by as much as 10 degrees C. They do this by secreting a kind of “sunscreen” that, while protecting the microbes themselves from harmful ultraviolet light, actually absorbs sunlight that would otherwise reflect off the soil.

These so-called biocrusts — or “cryptic photosynthetic assemblages” (but only their friends call them that) — might play an important role not only in local climates, but also in local ecosystems. By increasing soil temperatures, for example, they may cause problems for less heat-resistant microbes.

And since arid landscapes cover about 41 percent of Earth’s land surface, the impacts of these communities, which also prevent erosion and fertilize the soil, could have “global scale repercussions historically and in the present,” the researchers report. In fact, they estimate that there are currently about 15 million metric tons of this biocrust sunscreen heating things up around the globe.

That’s why we should begin to factor these biocrusts into climate models, the researchers suggest. Doing so could help explain some mysteries, like the fact that sometimes temperatures increase in arid landscapes when vegetation decreases — a phenomenon that shouldn’t happen, since less green cover should mean more reflected sunlight.

Whatever role these “cryptic” biocrusts are playing, one thing’s for sure: Microbes were here long before us, and they’ll be here long after us.